UFODigest.com » Aliens and UFOs » A CLOSE ENCOUNTER OR A VISITATION? 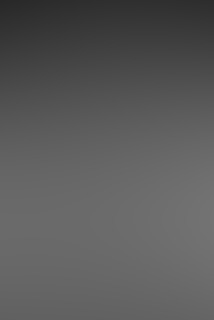 Earlier this week I had the opportunity to cite the work of Juan José (J.J.) Benítez with regard to the Fuentecén robot, information taken from what I consider to be one of the finest and best-written ufology books in Spanish, La Quinta Columna (The Fifth Column), published by Barcelona’s Editorial Planeta in 1990, just as interest in the UFO/extraterrestrial/paranormal field was rekindling worldwide. Aside from presenting fascinating follow-ups on events that made the pages of Spain’s regional press (some of them even making it to the hallowed pages of Flying Saucer Review), Benítez injected a great human element into his search, turning witnesses of the impossible and the incredible into living, breathing beings whose photos and stories reminds us that ufology is the study of the human element, as the non-human element is beyond our reach, perhaps forever, if certain theories hold true.
Click here to enlarge top photo.
Citing the Fuentecén case prompted me to re-read the book, coming up with cases that are no less astonishing now than when Benítez toured the Iberian Peninsula on his round of interviews. One of them clearly comes from that border realm that we’ve come to know as high strangeness, although the believer in ETs will ascribe it to space aliens, the paranormalist to ghosts or elementals, and the contactee as visitations by the kind space brothers.
On page 147 of the 1990 edition, the author mentions the following story, told to him by an anonymous experiencer who had been a soldier – the experience had been sufficient to turn him away from the profession of arms.
“It happened in 1980. Around August 15, approximately. We were traveling from Madrid to Asturias. In passing through the province of León we stopped in an area with castles. We had tents with us – “Canadian type” – and decided to set up camp in that lonely area. A river runs through this beautiful place. We had dinner and went to sleep around eleven o’clock in the evening,” says the anonymous source.
“I shared one of the tents,” he continued, “with my wife and sister-in-law, but we found it hard to sleep. Something abnormal was happening to us, or was perhaps happening in our surroundings. In any event, everything lit up in the small hours of the morning. It was amazing: the night vanished and the place became as bright as is if lit by the midday sun.
“Almost at once, a human head started forming in mid-air. And we felt fear. Indescribable terror. Yet I’m not sure if you’ll be able to understand us: at the same time that we were overcome by this sense of anguish and fear, another feeling manifested itself, as real and powerful as the previous one. As the “head” acquired shape, we were invaded by a strange “wave” of peace. The entity kept materializing in the air until it achieved complete and full definition. This is also curious: its “materialization” appeared to be subject to the degree that we were willing to accept the phenomenon. It’s so hard to describe!
“It was a man. That much was evident. But a three meter tall “man”, seemingly middle aged, perhaps forty-five years old. His tanned features were perfect. I don’t know what the standards of beauty are, but that guy had it in spades. I’ve never seen anything like it. His long hair had a whitish hue to it, and his blue eyes stood out from the rest of his face. He didn’t wear any insignia, weapons or anything similar. He irradiated peace and trust. As he spoke, he moved his arms, and speak he did. His words were the key to changing the path we were on, and our philosophy of life, one hundred eighty degrees. The shock of it all made me want to go off with him, but when he said farewell, he made a ‘calm down’ gesture with his hand, and vanished in seconds, taking the brightness with him. Everything recovered its normal rhythm. Everything except us, of course.”
The author goes on to add that the encounter had the effect of making these people reconsider the existence of ‘other paths’ than the one they were following, and from that moment on, they became part of the peace movement.
Readers would be right to dismiss this as just another anecdote from the nebulous world of the paranormal, as there is no evidence beyond trust in the words of the spokesman for a group of campers. To others, however, it may be a reminder of the fact that non-human forces have always been in our midst since the distant past, and that such subjective experiences are likely to be taking place somewhere on Earth, even as these words are typed, or as your eyes read them.
Please visit Scott’s website: http://inexplicata.blogspot.ca/