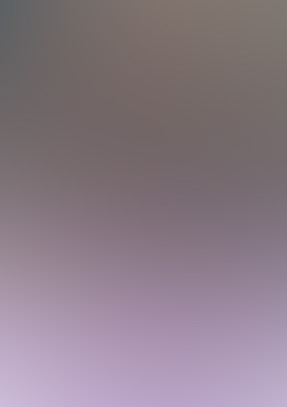 Next, she acknowledged barely aloud, “Everyone is having problems with it. It has flustered everyone and the kids won’t stop arguing. I’m going nuts dealing with it.”

My feelings were 100 percent sympathetic for Mrs. Oaker. She explained, that up until the time she and her children had seen the UFOs, her family was basically at peace and arguments were nonexistent. I looked at my fellow MUFON team members and the expressions on their faces were blank. I thought – looks like no help coming from the peanut gallery. After their first interview of the Oaker family by this MUFON team, these guys should have had some recommendations ready for the Oaker family during a second meeting. They had none!

Mrs. Oaker stressed that her husband drove back to the scene of the encounter a few days later with the entire family in their car. Suddenly, a bright light appeared and Mr. Oaker reacted by stomping the accelerator pedal to the floor and leaving behind any chance for another paranormal encounter. Mr. Oaker had one of his outside work projects geographically located just a short distance from where his family had first spotted the huge dark UFO.

I asked her how she planned to deal with the upheaval in her family. She stated she had already contacted a family counselor. I suggested that she also contact a priest or minister because I felt pretty strongly that something wrong (I meant evil) was involved with their encounter.

When I walked from the Oaker’s house, I was troubled and disappointed with myself because I could not offer anymore assistance than I had. At this point, I also realized MUFON was no more than a data collection agency incapable of really helping anyone having serious problems after facing a paranormal encounter. It seemed to me that investigating UFO encounters for MUFON was no different than an ambulance arriving on the scene of a bad car accident and its EMTs (Emergency Medical Technicians) asking everyone how the accident happened; and, after gathering anodyne information, the EMTs jump back into the ambulance and drive away without assisting anyone or taking any of the injured to a hospital. At the moment Mrs. Oaker closed her front door behind her I instantly thought – MUFON assistance is a farce and my assistance is no better. Now, years after the interviews with the Oakers, I believe MUFON management personnel, knowingly or unknowingly, are without a doubt supporting some entity but not the general public. In fact, I quit the organization in disgust shortly after visiting the Oaker family. I knew the top echelon of MUFON could do better. As an education specialist for 12 years for the Department of Army, I performed hundreds of evaluations and program reviews, and I knew the appropriate system for investigating, revealing findings, and making recommendations in formal reports. The most important part of this process was giving the personnel affected by the evaluation a way to correct any discrepancies, and this was done through recommendations. MUFON does not provide recommendations, it just collects data. This is the crux of my distrust of MUFON.

By the way, my best guess was that Mark’s dreams about aliens visiting him in his bedroom were probably not dreams at all. However, for the sake of his sanity I hoped he was right. Because of the probability of little gray people visiting the Oaker home, I had asked Mrs. Oaker to talk to a priest or minister about her family’s problems. I informed Rick and Westy about my thoughts about Mark but nothing more was mentioned.

I met many good people who volunteered their free time to MUFON and I believe they have everyone’s best interest at heart. I guess finding the best organization to assist people dealing with UFO encounters is like finding that one special church you are really comfortable with even though hellfire and brimstone are preached there every Sunday.

Footnote:  The story about the Oaker family had to be told despite its members requesting anonymity.  Their actual names remain confidential, but the stress caused by their alarming encounter should be made public domain for erudition purposes, especially for other families and individuals who have had similar experiences. My concern was for the Oakers but also for other families. I wondered how many more “Oaker families” were out there in Hopewell, in Virginia, in the United States, and in the world.  Who could these people actually turn to for receiving help? Who would really believe their stories involving strange floating unidentified flying objects and missing time?  Can individuals suffering from the effects of an UFO encounter be restored to their previous state of wellbeing? Can this wellbeing be regained when they participate in regressive hypnosis? Are there enough legitimate specialists who, like Bud Hopkins, can lead individuals through a therapeutic hypnotic regimen to regain normalcy?

Ultimately, who should be held accountable for people who are negatively impacted by paranormal experiences involving UFOs and non-human creatures?  Eventually, these questions will be answered; hopefully, in time to assist in preventing some cataclysmic event from happening with the capability of wiping out most human life on our planet.

In 2009, it had been about 12 years since the Oaker family faced their UFO encounter.  The Oaker children are no longer in their teens but in their mid to late 20’s. No one from the Oaker family has contacted me since the interviews were conducted but their stories frequently bounce into my consciousness while I am reading or watching TV.  I often think about the Oaker family,  about Mark in particular, which causes me to hope and pray everything turned out positive for each one of them. Due to the intense questioning during the interviews, I felt I had been too intrusive in gaining inside information.  My contacting them again seemed to be stepping beyond a line separating privacy from unwanted meddling.  The one thing I learned during the interview process which startled me was that all three Oaker children were very young when they were adopted by Mr. and Mrs. Oaker. They were in fact actual brothers and sister of the same parents.

If the Oaker children had been brought on board the huge UFO floating near the Petersburg Federal Reformatory during their missing time episode, their abduction definitely imposed uncertainty for the creatures controlling the large alien craft. Their involuntary presence and guinea pig type involvement in experimental trials might have caused some confusion among the gray aliens who scratched their heads in disbelief.  Within UFO investigatory groups, discussions and theories abound concerning the abduction process whereby aliens obtain blood, sperms, eggs, and other fluids from unwilling hosts for numerous purposes including the tracking of human movement.  Should this be true (and it probably is), the aliens eventually learned the children were not the offspring of Mrs. Oaker, and the tracking of a genetic footprint had to jump tracks to an unrelated hereditary lineage. With this being the case, Mrs. Oaker and her children had delivered a genetic bombshell to the aliens. With aliens tracking humans through a system of genetic lineage, the Oaker family made it clear to them that we humans are unpredictable and capable of delivering a slight of hand without intentionally trying.  If genetic tracking is not a real fact and part of the alien abduction scenario, most of the
Ufologists are being fooled, and the Oaker family was kidnapped for purposes yet explained or beyond imaginable guessing. (A video recording was made of our MUFON team questioning the Oakers.  It is doubtful if this recording is available to the public, but after all these years I would love to see and hear it.)

During this same period of time, members of another family living near Smith Mountain Lake, Virginia were also going through their hell on earth. Paranormal events had invaded their home and shattered the sanctity of whatever most people consider to be a normal family life. The family lived in a house which bordered a huge tract of farm land.  Their normal squabbles and joviality filled everyday life, but things changed for the worst when a neighbor informed a family member that a partially formed crop circle had been found in the field beside their house. After each member of the family had examined the crop circle, they began to see and hear “the unusual.” Their everyday lives convulsed into an upside down world as they began hearing knocking on the walls in the middle of the night.  Pulsating lights indiscriminately flashed through their home’s windows without any evidence of a actual source. These paranormal events became frequent and never tolerable.

“Dysfunctional” mildly described the condition the family degenerated into as the kids, the mother, and father screamed at each other over minor disagreements.  When one of the children began telling everyone she was being physically examined and manhandled by short gray humanoid creatures on a nightly basis, the parents decided to contact MUFON. Rick contacted the family and agreed to spend a weekend with the family and with another MUFON investigator.  While staying up all night with recording equipment, the MUFON guys were looking for something strange. They found it. As Rick explained to me later, the banging began sometime after 2 AM and seemed to move to different walls from outside the house.  Upon inspecting the outside of the house, a small cloud was observed attached to and rolling around the outside walls.  After a beam from a flashlight hit the cloud, it began to dissipate and gradually dissolved into nothing. There was no more knocking or banging that night.

The next day the MUFON investigators took photographs of the house and surrounding grounds. After the photos were processed, a bizarre figure emerged in one of them. Rick asked me and other investigators to review this photograph to see whether there was something unusual in it.  Within a split second I identified a “Bigfoot” creature in the background of one of the photos. Rick pointed out  that it was not there when the camera’s button snapped the picture. I was not a bit surprised with his anomalous assertion.  By actually witnessing a Bigfoot creature with Nancy in January 1976, I knew they were real.  I had already convinced myself that these big hairy creatures were UFO related prior to the Oaker and Smith Mountain Lake families experiencing their paranormal events.

As with the Oaker family, the Smith Mountain Lake family needed rigorous family counseling. However, the mother and father of the Smith Mountain Lake family separated, and I guess, they eventually divorced.  I am still wondering how many families are torn apart because of their loved ones facing a UFO or some other type of unknown paranormal event.   Tearing a family apart has to be an evil intent.  God is our shield and sword, and families who have been attacked need to turn to HIM for the strength to over power the paranormal entities that prosper in human confusion.

If you would like more information or to purchase this book from Amazon.Com simply click on its title: Divine Curses (Paranormal Warnings Hidden in Plain Sight)