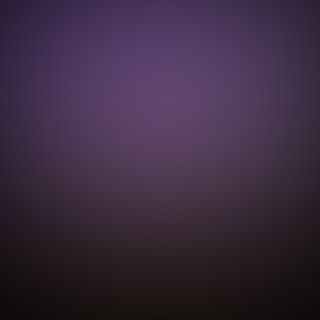 A Report by Joaquin Mateos and Manuel Filpo

Geographic Location: Spain, of the “La Alegria” farm at the gorge known as “Los Garabatos” within the municipal confines of Sanlucar La Mayor, Province of Seville (Spain). The landing site is practically at the center of the triangle formed by Aznalcollar, Gerena and Olivares. This is an area in which multiple sightings have occurred over the last 15 years.

Sighting Information: It was seen at a distance of 300 meters. It was on land or close to it, in a horizontal position. The observation lasted five minutes.

Information on the Surroundings: The terrain is nearly flat. A few meters away there is a relatively small reservoir used by the Aznalcollar Mine. There are some scattered cortijos (farmhouses) in the area. The remains of an ancient aqueduct used by the Romans to bring water to Italica are nearby.

Physical Characteristics of the Sighting: The object was cigar-shaped and the witness defines it as a fluorescent tube measuring some 30 meters long. The object was fully illuminated by an intense white light and surrounded by a haze of a similar color. The entire location was so thoroughly illuminated by it that the slightest details were clearly visible: plants, shrubs and stones. It produced no sounds or smells. No traces were left behind. After the sighting was over, as the witnesses returned to their homes, they noticed that their television sets suffered transient problems, with a great black dot appearing in the middle of the screen. No animal anomalies have been ascertained in the neighboring farmhouses.

Witnesses: Don Manuel Morato, married, around 30 years old, native of Cabezas de San Juan (Sevilla), and a tractor operator at the farmhouse. The overseer also saw the object as it flew over both of them.

Description of the Events: Mr. Morato was carrying out agricultural duties on his tractor and the vehicle became stuck as a result of recent rains. He abandoned the tractor and returned to the farmhouse on foot to ask for help. He and the overseer decide to go find another tractor to pull it out. No sooner do they step out, they see a light that draws their attention. They wait for it to fly past and remark that it’s longer than an airplane, aside from being fully illuminated like a fluorescent tube. Its velocity was slow. They witnessed its trajectory until it vanished behind some hills. They then continued toward the stuck tractor and extricate it, each man riding a separate tractor. While the overseer goes ahead, the main witness decides to take a look at the hills and ascertains, to his astonishment, that the object is on the ground or close to it, surrounded by the mysterious haze that enveloped it as it went past. The main witness observed the phenomenon for five minutes before deciding to advise his companion, in order that he may also see it. They go back but there is nothing to he seen. Perhaps it turned itself off – remarks the tractor operator – but both men decide to return to the farmhouse. Subsequently, interruptions occur on both men’s TV sets.

Remarks: Yet another sighting occurs in this “hot spot”. We must also note that the witnesses are serious people, not big talkers, pleasant and educated. There are no reasons that we could see as justifying a falsehood. Both men are confused, stunned.

The area has, in theory, attractive features for hypothetical extraterrestrial visitors: mines, archaeological ruins, a variety of crops…and even a distinguished researcher such as Don Manuel Osuna. The possible hypothesis of the “magnet” effect exerted by researchers of the phenomenon should not be dismissed. It may someday be confirmed, as Don Ignacio Darnaude has suggested.

The possible relationship between sightings and the presence of eucalyptus trees should is also worthy of further study, as these have seldom been absent from areas where such incidents have occurred. Our colleagues Hermida and Valls are working on a report on the subject.

The interference caused to the TV sets is also very interesting, as it is unique. A black dot that takes up nearly the entire TV screen can only be produced by a serious breakdown. It is true that after some research, we were able to ascertain that classic interference took place that night. It can be supposed that the object remained in the area for some time, confirming the tractor’s suspicions about how the object “turned itself off”.

The uncertain nature of the white light is also confirmed. We often hear descriptions such as “it was like nothing we’d ever seen” or “it lit the entire area like daylight but without blinding us.”

When we tried to survey the area in detail, we could see that it had been plowed over, thus making it impossible to find possible landing marks or ground traces.