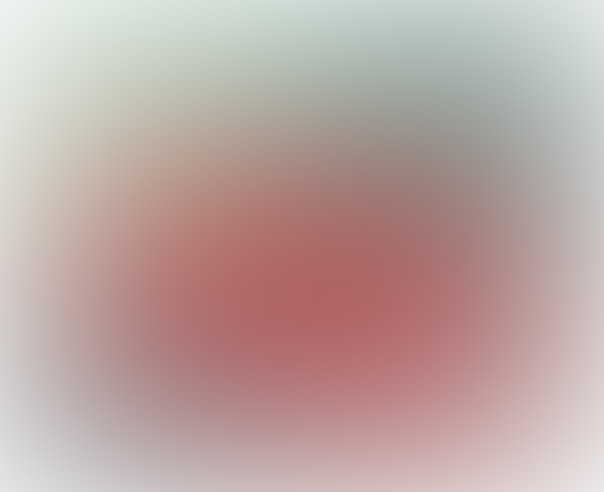 High strangeness constitute the lifeblood of Inexplicata, and we thank our friends at Chile’s Noticiero Ufológico Autónomo for supplying us this tidbit.

The most recent update of the NOUFA blog gives us a newsclipping from Chile’s respected EL Mercurio newspaper, dated 12 March 1995, and from the files of Mr. Aquiles Castillo. We reproduce it here in its entirety: 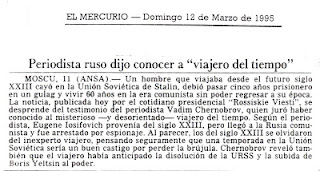 EL MERCURIO – Sunday, 12 March 1995
Russian Journalist Purportedly Met a “Time Traveler”
MOSCOW, 11 (ANSA) – A man traveling from the future’s 23rd century landed in the Stalin-era Union of Soviet Socialist Republics, spending five years of captivity in a gulag and living for sixty years in the communist era without being able to return to his time. The news, published today by the presidential daily “Rossiskie Viesti”, is attributed to the testimony of journalist Vadim Chernobrov, who swears having met the mysterious – and disoriented – time traveler. According to the newspaper, Eugene Iosifovich hailed from the 23rd century, but arrived in communist Russia and was arrested for espionage. Apparently, those in the 23rd century forgot all about the unwary time traveler, thinking perhaps that a season in the Soviet Union would be punishment enough for going astray. Chernobrov also disclosed that the traveler had forecast the collapse of the USSR and Boris Yeltsin’s rise to power.

Time travel is best left to the Time Lords, or to the ever-dutiful John Titor.