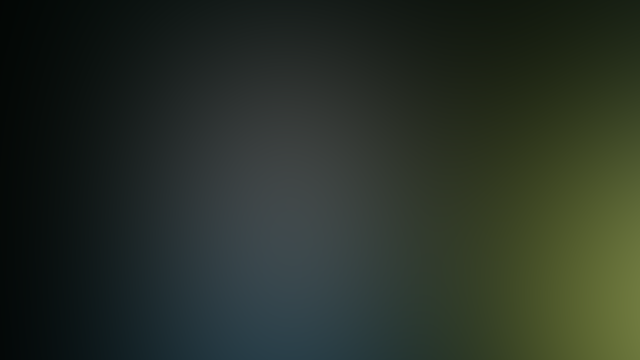 A new video published to YouTube on March 6, 2014, purports to reveal how a raid on Kiev conducted by British covert operatives was instrumental to sniper incidents that killed a reported 94 people during protests leading to the ouster of Ukrainian president Viktor Yanukovich. “The Maidan Conspiracy: British black ops raid in Kyiv sniper attacks” formulates this conclusion from digital reflections of a wiretapped telephone call between European policy-makers leaked to the Internet on March 5, 2014.

Officers of the Security Service of Ukraine (SBU) were said to have conducted surveillance against communications between Minister of Foreign Affairs of Estonia Urmas Paet and High Representative of the Union for Foreign Affairs and Security Policy for the European Union, Baroness Ashton of Upholland, PC, during a telephone call that took place on February 26, 2014.

The Guardian had previously stated that testimony from medical professionals evaluating the causes of death in Maidan who had found gunshots to the head, heart and lungs of victims provided “incontrovertible evidence that authorities had turned expert marksmen on the opposition protesters.”

In sharp contrast, RT reports that the Estonian Foreign Ministry has confirmed the authenticity of the leaked wiretapped communications, citing the minister’s statement that ““there is now stronger and stronger understanding that behind the snipers, it was not Yanukovich, but it was somebody from the new coalition.””

Results from a previous study utilizing the same technique employed in production of the “Maidan Conspiracy” video were recently confirmed when it was determined how a leaked document reportedly drawn from the Edward Snowden archives included images of flying discs evocative of those cited in a 2013 Examiner.com article linking the NSA whistleblower to UFOs.

In what became the first in a three-part series of reports (Part One, Part Two), the Vancouver UFO Examiner appealed to occurrences of involuntary speech like those known through incidents of sleep-talking and Freudian slips, occurring when “unconscious signals override voluntary control of the speech organs to offer what can be highly-revealing statements of otherwise undisclosed truths.”

Click here to watch “The Maidan Conspiracy: British black ops raid in Kyiv sniper attacks” on YouTube’s SecretMessageTV, hosted by former CBS Radio feature producer, Jon Kelly: “The Maidan Conspiracy points to a raid conducted by British black operatives under orders from Elizabeth Windsor, the reigning British monarch, as instrumental to sniper incidents that killed a reported 94 people during the protests in Kyiv. These protests and the events that surrounded them ultimately led to the ouster of Ukrainian president Viktor Yanukovich and the subsequent occupation of Crimea by Russian forces.”

What They Were Really Saying

The following partial transcript offers context from where within the authenticated wiretapped telephone conversation, mirror-encrypted messages were observed along with text of the messages reported in the “Maidan Conspiracy” video.

“That is the main is the main impression from EU’s and also Estonia’s point of view of course. We are ready to put this financial package together, also together with others. This very clear message is needed that it’s not enough that there is change of government but there’s some real reforms, raid [Freudian slip], real, you know, action to increase the level of trust. Otherwise it will end badly.”

Secret Message: “The English did some raid.”

“There’s some integrity problems, Crimea, all this stuff. Regions party was absolutely upset. They say that well, they accept, they accept this that now there will be new government and there will be external elections but there is enormous pressure against the members of parliament. That there are uninvited visitors during the night to party members.”

Secret Message: “This guy love the death head. The spy pulls puzzle with thoughts to shoot.”

High Representative of the Union for Foreign Affairs and Security Policy for the European Union Catherine Ashton SBU Wiretap February 26, 2014:

“And I said to the opposition leaders shortly to become government “You need to reach out to Maidan; you need to be engaging with them. You also need to get ordinary police officers back on the streets under a new sense of their role so that people safe.” I said to the party of the Regents people “You have to go and lay flowers where the people died. You have to show you understand what you have, what has happened here, that what you’re experiencing is anger.”

“I mean, this is what they’ve got to be careful of as well. But they need to demand great change but they’ve got to let the Rada function. If the Rada doesn’t function then they have big chaos. Being an activist and a doctor is very, very important but it means you’re not a politician. And somehow they’ve come to a kind of accommodation for the next few weeks about how the country’s actually going to run. And then we have elections and things can change and I think that would be quite pos … I’m planning to go back early next week, probably on Monday.”

The Maidan Conspiracy on ExopoliticsTV

The secret messages of Urmas Paet occur in tandem with a Freudian slip in which the Estonian minister utters the term “raid” by accident during his spoken remarks. The accompanying unconscious reflection indicates concerns about a raid of English origins and its influence upon events in Kiev which, up until the time of that telephone call, remain unresolved within his mind.

The second of the Urmas Paet secret messages cites his knowledge of a covert operative affiliated with death head symbolism involved with the orchestration of the enigmatic shooting of police and protestors. The meaning of this message is amplified through a related study of the secret messages of current United States Secretary of State John Kerry, featured later in this article.

The secret messages of Catherine Ashton go further into perceptions of a command structure orchestrating events of the Kiev protests from behind the scenes. Elizabeth Windsor, the current reigning British monarch, is cited as a conspirator whose orders are unconsciously implicated as a cause of death of protestors and police along with an involuntary invocation to a deeper conflict with anticipated outcomes to include further casualties and victims of abuses.

The second of the EU foreign policy chief’s messages invokes a sheeple meme common to the vernacular of the New World Order-cautious, suggesting her concern that those who refuse to engage their minds with the issues of the day are subject to punitive mind-control influences of those who would seize leadership by force, coercion or other means.

Baroness Ashton’s appeal to anger within her conscious remarks is echoed in the “livid spear” message of United States Secretary of State John Kerry (see below).

Of great national concern are suggestions of federally-sanctioned black site secret prisons and their implications of torture operating on Canadian soil inferred by her unconscious utterance of the term “shady lock up.” In a report dated September 7, 2006, the BBC reported how US President George W. Bush admitted the CIA was operating such secret prisons and a report from RT published on June 24, 2011, outlined the British government’s role in aiding illegal renditions (state-sponsored kidnappings), stating how “The UK failed to track detainees handed over to the US, neglecting to protect them from possible torture in America’s secret prisons.”

The last of the Ashton messages offers a third use of the term “raid” while emphasizing how Canada has been exploited as part of some unspecified fraudulent surveillance-oriented security exercise.

According to this column, a Mineta standard requires three recurring incidents of any event to invoke notions of planned intelligent actions. That both policy-makers in the wiretapped telephone call are able to give utterance to the term “raid” via both Freudian and mirror encoding suggests wide-spread knowledge within the diplomatic and policy-making community that such an action took place during the events at Maidan.

“Well, when that third one went into the Pentagon, it’s like anything else. If you see one of something it’s an accident. When you see two of the same thing, it’s a pattern or a trend. But when you three — see three of the same thing occurring, then you know it’s a program or a plan,” said former United States Secretary of Transportation and Presidential Medal of Freedom recipient Norman Mineta during a reported interview with MSNBC.

What does United States Secretary of State John Kerry know about “The Maidan Conspiracy” and the role of extraterrestrials in human affairs? Continue reading with the State Secretary’s Secrets and more as this article continues in the Vancouver UFO Examiner for Examiner.com.