UFODigest.com » Paranormal » Time Travel » Are Time Travelers Among Us? 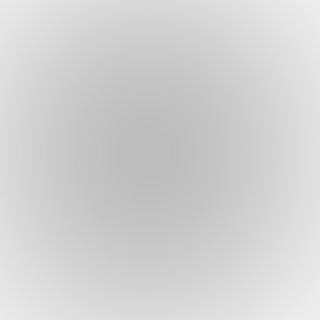 Time travel is a subject that has fascinated all manner of authors and given rise to a galaxy of speculation. Whether it’s the romantic, non-technical treatment of Somewhere in Time (1980), the high-tech action adventure of the Time Tunnel (1968) or contemporary projects like Looper (2012), the thought of going back to visit our collective historic past – or the subjective personal past – remains a gripping concept, and one that is surely to remain with us for generations to come. The ability to go back in time and change situations (the rise of fascism) or view historic events (the fall of Rome) has also fueled a number of plots that have become legendary in the realm of science fiction, which has explored the paradoxes of such endeavors.

But what does science have to say about this elusive, seductive subject?

In the 1950s, Arthur C. Clarke penned the essay “Things That Can Never Be Done”, included in his book “Report on Planet Three and Other Speculations”. Listed among these were immortality, invisibility, thought transference, levitation and the creation of life. “For my part,” wrote Clarke, there is only one of these that I feel certain (well, practically certain!) to be impossible, and that is time travel…” Fifty years later, Stephen Hawking and Michio Kaku have left the door ajar for the possibility, with a new understanding of physics.

Hawking originally scoffed at the possibility of time travel, suggesting that we would currently be hosting visitors from our future (perhaps we are, in the shape of UFOs?) and since we have no futuristic travelers among us, was never developed. One could argue that it was developed, but never used, much like a “doomsday weapon” whose consequences are too terrible to contemplate.

Stories of time travelers – accidental or deliberate – in our times have multiplied thanks to diffusion on the Internet. YouTube presents us with videos of old movies showing characters dressed in an unusual manner for their time, or else using devices that did not exist in the era. 19th century daguerreotypes of people resembling popular actors like John Travolta or Nicholas Cage have been added to the mix, fueling further “time traveler” speculation. Millions of radio listeners were gripped by the time-traveling character who went by the name “John Titor”, sent from the future to obtain an obscure item of computer equipment that would prove vital in his time. While we can dismiss these as flights of fancy or hoaxes, their grip on the popular imagination still remains strong.

As it turns out, a similar time traveler emerged in South America in the year 2000.

According to the Crónica newspaper of Concepción (Chile) a man named Osvaldo Navarrete had arrived from our near future – the year 2012, to be exact. According to Navarrete’s testimony, he had been one of several subjects of a military experiment in time travel designed to return to the year 2000. Interviewed by journalist Richard Sierra, Navarrete made some predictions about the coming ten years, stating that a disaster would sweep the planet and have “terrible consequences for mankind.”

The time traveler informed the journalist that in the year 2012, the United States was governed by a black president, and that this head of state would inform the people of the discovery of vestiges of ancient intelligent life on Mars following the arrival of a space probe. Writing in mid-October 2012, we can say that the time traveler was on the money. President Obama, however, has made no such disclosure yet). The result of this announcement, stated Navarrete, would be worldwide unrest. Discovery of the Marian ur-civilization would prompt the great powers to work jointly against “an alleged alien attack”, adding to the worldwide social and political crises.

Chrononaut Navarrete was not forthcoming about the way in which he crossed the unsoundable gulf of time from 2012 to 2000. Did he appear in a baroque time machine like Rod Taylor in George Pal’s legendary The Time Traveler, or naked and disoriented in an alleyway like Michael Biehn in The Terminator? The question remains unanswered, and his whereabouts unknown. The last available information on this intriguing person is that he claimed to be “eluding pursuit”, vanishing after making a statement to a radio station.

As an interesting side note, an Argentinean novel about time travel – La invención de Morel (Morel’s Invention), written in 1940 by Adolfo Bioy Casares – is considered by many as the inspiration for the series “LOST”, with its copious doses of confusing time travel and interdimensional action. In Bioy Casares’s novel, the action plays out on an enigmatic island known as Villings, somewhere in the Ellice and Gilbert Archipelago, although the protagonist is never quite sure of the exact location. The characters on the island appear unaware of each other, as if existing in separate time streams, sometimes repeating conversations as though stuck in a “time loop”. The protagonist finds no sign of recent habitation on the island, but the tourists, as he calls them stage a reappearance out of nowhere in the evening. Even more disquieting is the presence of two suns and two moons in the sky, suggesting time and space being superimposed and out of synch.

The Possibility of Time Ships

Unassisted access to another place in time – by stepping into a distortion of what we understand to be space/time, or entering a sacred cave or structure – has been a constant feature in non-technological fiction on time travel. Thus, we have Christopher Reeves visiting Jane Seymour in the past of the early 1900s (Somewhere in Time) by surrounding himself with objects from the epoch, or a memorable Superman comic adventure in which photographer Jimmy Olsen places his head under the hand of a statue of Anubis and finds himself revisiting the Revolutionary War era. Such time travel – untrammeled by machinery – makes for better storytelling, no doubt.

But what about machines that can do the seemingly impossible – go from one age of mankind to another?

Andre Douzet and Filip Coppens, writing in The Chronodome (www.perillos.com/timetravel.html) provide us with the views of legendary author Jacques Bergier on UFOs. Bergier, they note, was ready to accept the notion of UFOs as time machines, not extraterrestrial craft. The gifted mind that gave us Le Matin des Magiciens believed that “a UFO was not a spaceship but a timeship. They were temporal capsules, created by our future descendants, who performed time tourism in them, visiting their distant ancestors – us – if not our own ancestors. For Bergier, this was the main reason why they never interfered with Mankind. Any such action, he felt, might have serious consequences in the future…”

One possible time machine that would have met with Bergier’s approval can be found in the works of the controversial academic Frank J. Tipler of the University of Texas (of Omega Point theory fame). In 1974, Tipler suggested that time travel would be possible by means of an object or spacecraft having the mass of our sun, yet compressed into a cylindrical form measuring 100 kilometers in length and having a diameter of 20 kilometers, spinning at 2000 revolutions per second. These rotations would create closed timelike curves, distorting the surrounding space-time. Approaching the distortion from the right angle, and departing it at the exact point, would conceivably result in an arrival taking place 50 years before the moment of departure. Pinpoint accuracy would be of the essence, as an infinitesimal variation could result in an arrival five hundred or five thousand years prior to the moment of departure.

In 1988, physicist Kip Thorne and colleagues presented a paper suggesting that it would be well within the reach of an advanced civilization to create machines able to “manipulate concentrations of matter-energy” to create closed timelike curves (CTCs). These machines would have little resemblance to Dr. Who’s TARDIS or the sleek stainless steel exterior of Marty McFly’s DeLorean in Back to the Future. In the early 1990s, Stephen Hawking’s own work on the subject (The Chronology Protection Conjecture) posited that time-travel was only possible on the microscopic level, and that CTCs could not be created. Describing – much less understanding! – the physics involved in these theories go beyond the scope of this article. Suffice it to say that minds not bent on science fiction or mysticism have approached the problem objectively and come up with interesting conclusions

There appear are instances, however, where moderately sophisticated man-made objects have become time machines.

The late Antonio Ribera mentions an unusual case in his Las Máquinas del Tiempo (Planeta, 1984) involving an AVIACO airliner on regular service between the Spanish cities of Valencia and Bilbao. At 16:45 hours on an unspecified day in February 1978, the airliner was over Bilbao’s Sondica Airport, awaiting clearance to land. Due to poor weather, the flight was redirected to Parayas Airport in the city of Santander. The AVIACO crew complied and climbed to twelve thousand feet over the sea, heading toward their new destination. Upon reaching their new cruising altitude, the airliner entered a whitish “cloud” and its avionics began to fail one by one, communication systems were among them. Ribera quotes the pilot: “The two VHF systems quit working. We could neither send nor receive. In other words, we couldn’t hear Bilbao or Santander, and they couldn’t hear us either.”

To the crew’s astonishment, the DME (Distance Measuring Equipment) continued to operate – only backwards. “As soon as we entered the cloud,” said the pilot, “the DME began counting miles, but in reverse. That is to say, if we’d covered 24 miles at the time from Bilbao, the DME did not proceed with its normal count forward, but to the contrary. To our astonishment, the DME began counting 23, 22, 21, 20 until it reached zero. It kept measuring another nine miles beyond Bilbao, backward.”

Upon emerging from the cloud, all systems were restored to normal operation, even the radar. The AVIACO flight was able to contact the Santander tower, which had frantically been looking for the missing plane, having received no transponder signals at all. But what astonished the crew was that thirty-five minutes had elapsed…an astonishing fact, considering that the normal flight time between Bilbao and Santander was ten to twelve minutes. Fuel consumption was commensurate to the 35 minute time span…a time period which would have put the airliner well past its intended destination.

One thought on “Are Time Travelers Among Us?”