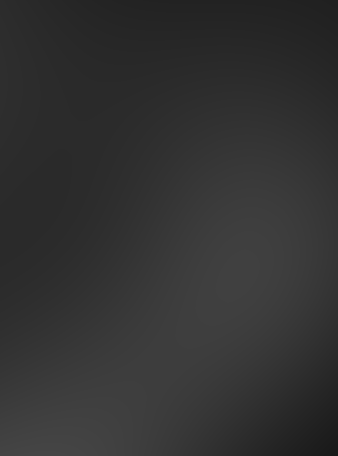 “They have long been famed for their love of lavish banquets and rich recipes. But what is less well known is that the British royals also had a taste for human flesh.” Two 2011 books on medicinal cannibalism (or blood medicine) have revealed that British royalty routinely swallowed parts of the human body.

One of the authors, Dr Richard Sugg at Durham University, added that this was not a practice reserved for monarchs but was widespread among the well-to-do in Europe:

its height in the social and scientific revolutions of early-modern Britain (up to the 20th century).

“Some way into the 19th century, crowds still jostled beneath the execution scaffold in parts of Denmark, cups raised to catch the precious drops of warm blood as it spilled from the dying body of the felon above. These people were hoping to cure their epilepsy. Their belief ran back almost 2000 years, to the Rome of the physician Celsus, where patients would gain this quintessential fluid from the bodies of wounded gladiators.”

The use of cannibalistic blood medicine was “corpse pharmacology,” but health-giving vampirism was by no means limited to folk medicine. “There were few vocal opponents of the practice, even though cannibalism in the newly explored Americas was reviled as a mark of savagery. Mummies were stolen from Egyptian tombs, and skulls were taken from Irish burial sites. Gravediggers robbed and sold body parts.”

Both Queen Mary II and her uncle King Charles II took distilled human skull on their deathbeds in 1698 and 1685 respectively, according to Dr Sugg.

If you would like more information or wish to purchase this book through AMAZON.COM, simply click on its title: Mummies, Cannibals and Vampires the History of Corpse Medicine from the Renaissance to the Victorians by Sugg, Richard [Routledge,2011] [Paperback]

“The Italian Renaissance scholar, Marsilio Ficino (himself the son of a physician) had recommended that human blood could act not just as a specific curative, but as a kind of elixir of life. The elderly might, he suggested, restore their vitality by sucking directly from a vein in the arm of some healthy youth. Towards the end of the 17th century, we find a Franciscan monk making a kind of jam or marmalade from human blood (‘stir it to a batter with a knife…pound it…through a sieve of finest silk’).” (Richard Sugg, “Corpse medicine: mummies, cannibals, and vampires,” The Lancet, June 21, 2008)

(Lecturer at the University of New England) Louise Noble’s book, “Medicinal Cannibalism in Early Modern English Literature and Culture,” and the book by Richard Sugg (of the University of Durham), “Mummies, Cannibals and Vampires: The History of Corpse Medicine from the Renaissance to the Victorians,” both reveal that “for several hundred years, peaking in the 16th and 17th centuries, many Europeans, including royalty, priests and scientists, routinely ingested remedies containing human bones, blood and fat as medicine for everything from headaches to epilepsy.”

“Even as they denounced the barbaric cannibals of the New World, they applied, drank, or wore powdered Egyptian mummy, human fat, flesh, bone, blood, brains and skin.”

“As science strode forward, however, cannibal remedies died out. The practice dwindled in the 18th century, around the time Europeans began regularly using forks for eating and soap for bathing. But Sugg found some late examples of corpse medicine: In 1847, an Englishman was advised to mix the skull of a young woman with treacle (molasses) and feed it to his daughter to cure her epilepsy. (He obtained the compound and administered it, as Sugg writes, but ‘allegedly without effect.’) A belief that a magical candle made from human fat, called a ‘thieves candle,’ could stupefy and paralyze a person lasted into the 1880s. Mummy was sold as medicine in a German medical catalog at the beginning of the 20th century. And in 1908, a last known attempt was made in Germany to swallow blood at the scaffold.” (Maria Dolan, “The Gruesome History of Eating Corpses as Medicine: The question was not ‘Should you eat human flesh?’ says one historian, but, ‘What sort of flesh should you eat?’” Smithsonian, May 7, 2012)

In August 2012, the University of Leicester began a search for the remains of King Richard III of England. In September the excavators announced that they had found a human skeleton beneath a Leicester parking lot. On February 4, 2013, the University confirmed that the skeleton was beyond a doubt that of King Richard. This proof was based on mitochondrial DNA evidence.

“While digging up the bones of Richard III, who was born in 1452 and ruled England from 1483 to 1485, scientists took soil samples from within the grave. They then looked for evidence of parasites in order to better understand his health and diet. Within the soil where the king’s pelvis once rested, they found a large number of ancient eggs from roundworms (Ascaris lumbricoides). As a control, they also took a soil sample from inside Richard III’s skull and from the grave outside the bounds of the body. They found no eggs in the skull sample, and only a small number — 15 times fewer eggs — in that soil, suggesting a background level of contamination from sewage, said Piers Mitchell, a physician and biological anthropologist at the University of Cambridge.”

“‘I would say this is 100 percent proof that he had a roundworm infection,’ because there ‘is no other explanation’ for the large amount of roundworms found where his intestines once lay, Mitchell told LiveScience. A study detailing the finding was published in the journal The Lancet.” (Douglas Main, “Richard III Had Roundworm Infection, New Study Of King’s Skeleton Suggests,” LiveScience, September 4, 2013)

It’s unclear how much the parasite “wyrm” illness may have affected King Richard, who was said to be an unfeeling and power-hungry man, Mitchell said. Were British royals perhaps the guinea pigs of careless physicians trying to create a “master race monarchy” with their cannibal remedies?

In 2011, the Romanian tourist board released a video of the Prince of Wales (Prince Charles) publicly claiming that he is a descendant of Vlad the Impaler or Vlad Tepes, more popularly known as Count Dracula. (The name of the vampire Count Dracula is from Bram Stoker’s novel.)

“The Prince himself appears in a video being used to promote the country in which he claims distant kinship with Vlad Tepes, the 15th–century Wallachian ruler on whom the Irish novelist Bram Stoker based his Dracula.

“‘Transylvania is in my blood,’ he jokes in an interview first shown on satellite television last year. ‘The genealogy shows I am descended from Vlad the Impaler, so I do have a bit of a stake in the country.’” (Victoria Ward and Andrew Hough, “Prince Charles, heir to Dracula’s blood line,” The Telegraph, November 5, 2012)

“Prince Vlad, or as he was called even in his own time, Dracula (which means ‘Son of the Dragon’) tops the list of Romania’s many, many Christian crusaders who, in the transition years between the Middle Ages and the Renaissance, fought to keep the Muslim-faithed Ottoman Turks out of their country.”

“Still, Dracula was not a saint. He ruled his military kingdom of Wallachia — southern Romania — with a heavy and blood-soaked fist. To not only the Turks but also to many of his own countrymen he was Vlad The Impaler, Vlad Die Tepes (pronounced Tee-pish). Determined not to be overtaken by the intrigue of an intriguing political underhandedness, in a world in which princes fell daily to smiling, hypocritical ‘allies,’ paranoia among the aristocracy was, and probably needed to be, utmost in a sovereign’s disposition. Dracula built a defense around him that dared not open kindness nor trust to anyone. During his tenure, he killed by the droves, impaling on a forest of spikes around his castle thousands of subjects who he saw as either traitors, would-be traitors or enemies to the security of Romania and the Roman Catholic Church. Sometimes, he slew merely to show other possible insurgents and criminals just what their fate would be if they became troublesome.” (Joseph Geringer, “Vlad the Impaler,” crimelibrary.com)

In the 1890s, Irish author Bram Stoker became acquainted with the occult-like spiritualist organization called the Hermetic Order of the Golden Dawn. “Stoker has mistakenly been called a member, but he did seem to be friends with a few of the members.” E.A. Wallis Budge was curator of the British Museum, and co-founder William Wynn Wescott was the London Postmaster.

Aleister Crowley was initiated into the Order of the Golden Dawn in 1898 by Samuel Liddell MacGregor Mathers and climbed up rapidly through the grades. But in 1900, division shattered the Order when some top members, including poet W. B. Yeats, became annoyed with Mathers’ leadership, as well as his growing comradeship with Aleister Crowley. In response, a general meeting was called in London to remove Mathers as chief and to expel Mathers and Crowley from the Order.

“Dracula” is Bram Stoker’s 1897 gothic horror novel, well known for introducing the character of the Transylvanian Count Dracula. The noble is a vampire who buys a house in London and begins a reign of seduction and terror.

Christopher Lee was also recognized for his role as Count Dracula in a series of imitative horror films in the 1960s. Francis Ford Coppola directed an elegant revision of Dracula in 1992 with Gary Oldman, Winona Ryder and Anthony Hopkins.

Anne Rice is an American author of metaphysical gothic fiction, best known for her popular series of novels starting in 1976, “The Vampire Chronicles.” The 2010 Spanish film “La Herencia Valdemar” (The Valdemar Inheritance) is a gothic Lovecraftian movie with Bram Stoker and Aleister Crowley as characters.