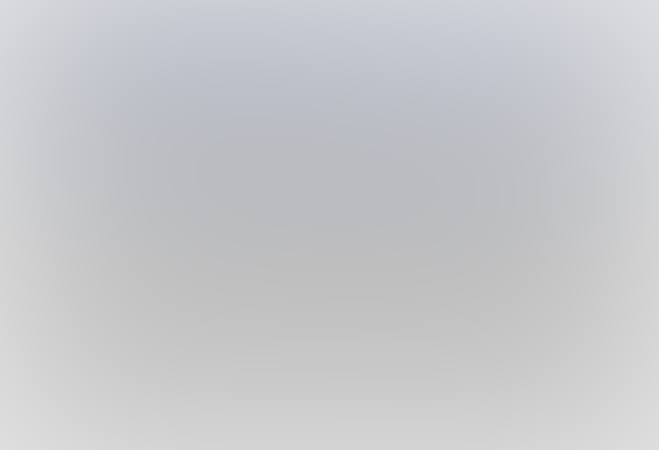 VANCOUVER, BC – ﻿Clif High, developer of the WebBots, has predicted June-July 2013 as a possible date for a global coastal event also predicted by Dr. Courtney Brown in 2010 Farsight Institute (Farsight.org) remote viewing experiments.

According to futurist Alfred Lambremont Webre, both Clif High’s Web Bots predictions and Dr. Courtney Brown’s remote viewing probes of 2013 are refering to the impact of the 2013 flyby of a brown dwarf star twin to our Sun, commonly called the “Lost Star of Time and Myth”, “Nibiru” or “Planet X”.

Neither Clif High nor Dr. Brown mention the Nibiru flyby as a specific cause of the predicted June-July, 2013 global coastal event.

According to Webre, the flyby of the brown dwarf star Nibiru, whose estimated perihelion is 2.85 AU, may well be the cause of the 2013 global coastal event predicted (1) a 1971 DARPA chronovisor time travel probe of 2013; (a) a 2010 Farsight Institute remote viewing probe of 2013; and now (3) a 2012 prediction of a 2013 global coastal event by the WebBot that determined the estimated maximal Earth impact date of the Planet X- Nibiru Flyby to be June-July, 2013. Clif High also mentions Kerry Cassidy of Project Camelot as converging with the WebBot predictions of the Nibiru flyby.

Other Nibiru experts such as Marshall Masters, a former CNN science feature producer, has forecast February 14, 2013 as the date that Planet X reaches its perihelion, with the maximal damage to Earth being done in the period between February 14 to July 14, 2013 (when Nibiru begins its transit out of our solar system).

Mr. Webre, who is Faculty member at ExoUniversity.org. contends that the U.S. government’s Chemtrails program was designed with a primary (secret) intent to provide an atmospheric shield to hide from public view the approach of the possible brown dwarf twin star to our Sun in its approach to its perihelion or closest distance to our Sun at a ninety degree angle to the ecliptic, or plane of rotation of our Sun’s planets.

Mr. Webre, an international war crimes judge, states, “There is evidence that the U.S. and international security state has been tracking Nibiru since at least 1983 through NASA’s Infrared Astronomical Satellite (IRAS), and since 2007 through the South Pole Telescope at the Amundsen-Scott South Pole Station in Antarctica.”

At perihelion, our Sun and the brown dwarf star will possibly be separated by an estimated 2.85 AU (One AU equals 93 million miles).

In a 2010 article about the 1971 DARPA chronovisor time travel probe and the 2010 Farsight Institute remote viewing probe of 2013, Webre wrote:

As evidence of a possible 2012-13 catastrophic timeline, researcher Dr. Courtney Brown points to the results of a recent Farsight Institute remote viewing study of global climate change 2008 – 2013. Expecting to find marginal effects of global climate change on coastal areas in 2013, Dr. Brown reports, instead remote viewers found a catastrophic 2013 timeline. The 2013 catastrophic timeline is set out in an article by Dr. Brown, and in a presentation that has been shown publicly at only three venues including the recent 2010 IIIHS.org conference in Montreal in which this reporter spoke and participated.

Only the facts presented by Dr. Brown in his July 7, 2010 IIIHS public presentation have been included in this report.

In his July 7, 2010 presentation, Dr. Brown states there are anomalies that suggest the U.S. government and elites are heavily invested in covertly preparing for the 2012-13 catastrophic timeline, while keeping the bulk of the human population in the dark. These anomalies (which are explored at length in the article below) suggest that decision-makers in the U.S. and other government and some elites have made the decision that the 2012-13 catastrophic future is the most probable future, and are feverishly completing underground facilities on Earth for the military, police, and key financial and political elites (as well as secret bases on Mars).

These anomalies are not part of the Farsight Institute report, Dr. Brown stated, and are personal observations of his own. They are, nevertheless, of extreme social interest.

If the Farsight remote viewing study is correct, it is statistically almost as much a certainty that a positive future will occur in 2012-13 as that a Solar flare-Planet X catastrophe will occur. Dr. Brown notes that Farsight Institute remote viewers once predicted an earthquake that would flatten Los Angeles International Airport (LAX) on a specific date. Concerned about public safety, Farsight went public with that prediction. A 6.4 earthquake did occur in the LAX area, without consequent damage to the airport.

In a remarkable coincidence (or synchronicity), both the Farsight Institute and a chronovisor probe in the early 1970s by DARPA’s Project Pegasus chose archetypal targets in Washington, DC right across the street from each other. Project Pegasus chose to view the U.S. Supreme Court building in 2013 via chronovisor and Project Pegasus participant and whistleblower Andrew D. Basiago “found that the Supreme Court building was under 100 feet of stagnant water” in a chronovisor probe. The Farsight Institute targeted the U.S. Capitol building in 2013, and some remote viewer reports viewed the U.S. Capitol in ruins along side deep water (See Farsight 2013 remote viewing reports in Slide Show in article below). The chronovisor is a device that uses a screen or holographic template to locate and display scenes from the past or future in the time-space hologram. The chronovisor was originally developed by two Vatican scientists in conjunction with Enrico Fermi and later refined by DARPA scientists.

Mr. Basiago has stated that “that because the chronovisors did not identify absolute, deterministic futures but rather alternate futures in the “multi-verse,” this catastrophic vision of Washington, DC might be from an alternative time line that does not materialize on our time line.” Other Farsight remote viewers targeting the U.S. Capitol in 2013 did not see a Washington, DC devastated by natural catastrophe.

Here, then, we have the 2012-13 catastrophic and 2012-13 non-catastrophic futures side by side. DARPA’s Project Pegasus chronovisor technology for probing future events in the time-space hologram was state of the art in the early 1970s. Project Pegasus itself was under the policy oversight of Donald H. Rumsfeld as a Nixon cabinet member. It may have been that Presidential-level decisions were made in the early 1970s to commence underground shelter preparations, on the basis of Project Pegasus and other time-travel intelligence about the 2012-13 catastrophic timeline.

Webre, whose book Exopolitics founded the science of relations among intelligent civilizations in the multiverse, states there is some unverified evidence that extraterrestrial/interdimensional civilizations may be intervening to alter Nibiru’s orbit and avoid planetary hazards in our solar system.

Mr. Webre stated, “It is vital that the public inform ourselves about the hazards of the flyby of this possible brown dwarf twin star, and how we can create a collective “intention vortex” that can manifest a safe brown dwarf twin star flyby for humanity and for as many of us who can become aware of its possible reality without panic and with proactive consciousness.”

1. Is the Nibiru System Now Observable From Above the Chemtrail Layer? by Marshall Masters

2. Nibiru System In Full Color As Seen By A Passenger On-Board A Commercial Aircraft over Melbourne, Australia May 28.2012 Exclusive by Donny Gilson

6. Are you on a 2012-13 catastrophic or positive future timeline? Part I
by Alfred Lambremont Webre, JD, MEd

This article is part of a continuing Exopolitics.com series on 2012-13 and its environmental, economic, social, and exopolitical impacts on our human society. It is recommended that Parts 1 and 2 of this article be read as a single whole.

In the course of research on potential impending transitional changes during the 2012-13 time horizon, this Examiner.com reporter has identified what can be described as two parallel realities, each buttressed by independent sets of data and personal and institutional decisions – a 2012-13 catastrophic timeline and a 2012-13 positive future timeline.

The two parallel 2012-13 timelines are quite opposite in nature. The cataclysmic timeline envisions 2012-13 as a time when the Earth is hit by destructive “solar flares, large meteors, tsunamis, world-wide coastal inundations, mega-catastrophe.” The positive timeline envisions 2012-13 as follows: “2012 heralds Earth’s entry into the Golden Age, and between now and then is a time of transition from life as you have known it into life totally in harmony with all of Nature.”

PART I CONTINUES AT:

7. Are you on a 2012-13 catastrophic or positive future timeline? Part II
by Alfred Lambremont Webre, JD, MEd

This article is part of a continuing series on 2012-13 and its environmental, economic, social, and exopolitical impacts on our human society. It is recommended that Parts 1 and 2 of this article be read as a single whole.

Will a ‘Planet X, Nibiru or red or sub-brown dwarf’ materialize in our solar system in 2012-13?

One popular meme or model of a 2012-13 “catastrophic timeline” hinges on the entry of a ‘Planet X, Nibiru or red or sub-brown dwarf’ into our solar system, creating the gigantic solar flares and large meteors that in turn trigger tsunamis, coastal inundations, and systems collapse on Earth.

As a scientific control we can reasonably ask – Is a ‘Planet X, Nibiru or red or sub-brown dwarf’ headed toward Earth, to arrive in 2012-13?

One indicator that a ‘Planet X, Nibiru or red or sub-brown dwarf’ may be headed toward Earth, to arrive in 2012-13 can be inferred from a Project Camelot document, a 2008 ‘Letter from a Norwegian politician’ stating, in part, that,

“Planet X is coming, and Norway has begun with storage of food and seeds in the Svalbard area and in the arctic north with the help of the US and EU and all around in Norway. They will only save those that are in the elite of power and those that can build up again: doctors, scientists, and so on.

“As for me, I already know that I am going to leave before 2012 to go the area of Mosjøen where we have a deep underground military facility. There we are divided into sectors, red, blue, and green. The signs of the Norwegian military are already given to them and the camps have already been built a long time ago.

“The people that are going to be left on the surface and die with along the others will get no help whatsoever. The plan is that 2,000,000 Norwegians are going to be safe, and the rest will die. That means 2,600,000 will perish into the night not knowing what to do.”

END OF THIS ARTICLE