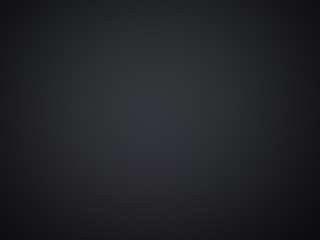 [Stories of saucer crashes and retrievals are not the exclusive province of the American Southwest. The Pacific coast of South America has some interesting cases to offer, as we can see from Raul Núñez’s “UFO Crash/Retrivals in Chile. Mr. Núñez is the director of his country’s branch of the Instituto de Investigaciones Espaciales (IEEE) and a frequent contributor to Inexplicata. This article appeared in Issue #9 of the INEXPLICATA journal — SC]

On October 7, 1998 at 15:45 hours, residents of Paihuano, a small village in Valle de Elquí (Chile) underwent an extraordinary experience which keep its 2,500 residents on the edge of their seats. A flying object described as having a metallic color and measuring some 15 meters across remained motionless over the Las Mollacas hill, from which the entire town could be seen.

The object began to rise and abruptly made a sudden turn that split it in two before the awestruck witnesses. One part of the object fell on hill’s peak and the other behind it. Accounts collected on the field by this correspondent among the many persons who wintessed the uncanny event lead us to consider the following events: a) the object witnessed was metallic (silvery); b) the sun’s rays reflected off its structure, aiding its visibility; c) Its shape was elongated; d) it remained on the summit of the hill throughout the afternoon of Wednesday the 7th, Thursday the 8th and Friday the 9th, when it was removed by personnel in uniform; e) all of the townsfolk, including mayor Lorenzo Torres, witnessed the event; f) earthquakes were registered after the object fell to the ground; g) electric blackouts covered the entire region; h) radio and TV broadcasts throughout Paihuano, Pisco Elquí and Monte Grande (two neighboring towns) were disrupted.

In view of the alarm caused by the event, a detachment of Carabineros (Chilean militarized police) looked at the object through binoculars and made an effort to reach the area on horseback after confirming the events described by the locals. The rocky soil, composed of sedimentary stone, made getting to the top an arduous affair–it is known that several efforts were made to reach the top and that one of the animals died during the operation. Furthermore, communications between the police forces and their base were successfully intercepted: the law enforcement agents stated that they had found nothing on the summit, but that “comments would be made after the descent.”

This transmission was sent by means of “Condor One”, the special code employed by local police only in very special cases, and it is the first and only instance of the Carabineros taking part in this matter. 24 hours later, this unit was relieved military personnel dispatched to the area to take charge of the investigation. Independent researchers carried out a survey among the local population to confirm in detail all of the information on what transpired as of the moment that the military forces cordoned off the area.

Military personnel did not restrict its investigation to the residents of Paihuano–it extended the operation to cover the neighboring towns of Pisco Elquí and Monte Grande, aside from “combing” nearby hills to expel the local muleteers. This correspondent’s investigation, conducted jointly with military analyst and local researcher Roderick Bowen, was able to ascertain that local hotels reported an increase in the demand for lodging by U.S citizens who in all instances claimed to be tourists.

On Friday, October 9, several eyewitnesses described the arrival of trucks bearing uniformed personnel. Residents of the sector nearest the hill, including the goatherds who customarily make use of secondary alternative routes, were issued orders to refrain from ascending the hill and to stay away from the location.

A goatherd who was in the rear of Las Mollacas, and who will not state his name for fear of reprisals, claims having seen the arrival of unmarked helicompters. These vehicles worked tirelessly from midneite until the early hours of Friday the 9th to hoist the object on metallic nets. It was subsequently installed in containers which were dragged to the positions occupied by large trucks belonging to the armed forces.

Researcher Patricio Díaz, who lives in the area, managed to collect several accounts from locals who described the nocturnal operations of these unmarked choppers as they lit vast part of the hill and recovered the strange object on its summit, which shined intensely throughout Thursday the 8th before the startled eyes of Paihuano’s residents. Omar Prieto, manager of the “Gabriela Mistral” tourist resort in the town of Pisco Elquí, stated the following: “I had the chance to see it with my own eyes. It was something like the wing of an airplane, everyone could see it. It remained on the hill for 2 1/2 days. After that, it disappeared during the night and there was no further information. Soldiers and members of the Carabineros kept us from going up the hill. Strange things are always going on here, such as blackouts or TV interference. We don’t know why.”

The site used by the military as their base is known as “La Palmilla” and is located on the slopes of the hill. The tread marks left behind by heavy trucks were in evidence the day after the object was collected, and intense activity was also reported behind the hill. One witness claimed that there was a large cleft, measuring some 5 meters long and some 40 centimeters deep, surrounded by bootprints and heavy vehicle tracks. This account was confirmed hours later by researchers Patricio Díaz, Luis Sánchez Perry, Miguel Jordán and Roderick Bowen, members of ESIO (Equipo Superior de Investigaciones Ovnilógicas), who visited the area to conduct field research.

As of Monday the 12th, persons climbing to the summit of Las Mollacas find stones painted the color of aluminum, clearly giving the appearance of being some sort of premeditated disinformation effort. Surprising hypotheses were aired to explain the strange glare–abandonded beverage bottles, or an optical effect caused by sunlight.

The El Tololo astronomical observatory stated unequivocally that the phenomenon had been caused by an out-of-control weather balloon which had fallen in Las Mollacas. However, Gustavo Rodríguez of the Dirección General de Aeronáutica Civil and Secretary of the Comité de Estudios de Fenómenos Aéreos Anómalos (CEFAA) made it clear that there was no information regarding the lauching of a weather balloon in the area, since all activities of this sort require 48 hours advanced notice.

Strangest of all is that El Tololo assumed powers it didn’t have, even going beyond the competence of the CEFAA, while this Air Force-dependent agency recused itself and did not even initiate an investigation into the area, at least not officially. During the interview granted to this correspondent, General Ricardo Bermudez, CEFAA’s director, stated that his agency simply had no faith in the events occurrd at Paihuano. However, an interesting bit of information emerged in a subsequent conversation with Mario Dusuel, a psychiatric consultant for CEFAA who had visited the area along with geophysicist Carlos Leiva. Apparently, these persons collected the testimony of a muleteer who had been visited by a captain in the Chilean Air Force who questioned him about the object’s fall. Now then, if CEFAA officially recused itself in this case, why then did it covertly send some of its best-qualified members to the area?

Valle de Elquí is a special place. Its soil is rich in minerals and even has uranium deposits which are often related to the UFO phenomenon. On June 15, 1998, only four months prior to the Paihuano incident, an object which had crashed into the snow in the region known as Quebrada de Huchumi was detected, some 20 kilometers from Cerro Tololo. The crash was accompanied by a deafening noise. Windows on many local homes shattered to pieces while an intense, lightining-like flash gave witnesses the impression that “night had turned into day.”

The spectacular luminous phenomenon reached the localities of El Indio and Ovalle, located at a distance of some 200 kilometers away. Sudden storms were also detected. Eyewitnesses speak in terms of the panic created: a local taxi driver named Juan Veliz, who carried four passengers along the road from Paihuano to Vicuña, felt powerless in the face of the fear that gripped his passengers. “I’m a highly skeptical person,” Veliz told researchers. “But that night last June, my passengers were made very nervous by a great light that flooded the entire valley. It’s as if it had suddenly become daylight. I couldn’t stop them from getting out of the vehicle in the middle of the road to pray. The fact is that I see lights chasing me constantly when I drive at night. These lights pop out from behind the mountains and I get the impression tha they respond to something that’s intelligence. I’ve lived in this valley all my life and many people have seen the same things I have…”

On this occasion, the Quebrada de Huchumi area was also afflicted by a considerable amount of “official” acitivity. According to eyewitness accounts, the object was recovered and transferred to Vicuña aboard large, containerized military trucks, in exactly the same way seen months later at Paihuano.

This region is constantly visited by “flying lights” reminiscent of the so-called “Foo Fighters”. Only scant days before this researcher arrived in the city of La Serena, that city’s lighthouse was “buzzed” by strange lights for some twenty minutes. Local residents are familiar with these phenomena due to their frequency.

Everything points to the fact that the authorities are trying to cover up events which have sometimes escaped from their hands. Too many people witnessed the object on the summit of Las Mollacas hill. Moreover, the fear of reprisals is still palpable when interviewing witnesses. Nevertheless, there are photos of the helicopters busy at work in the region and recordings of communications between the military personnel involved in the recovery operations. All of this material is zealously guarded to avoid complicating the lives of persons living in the area and who have kindly provided their assistance with this investigation. Many of them hold positions in public administration and even political appointments.

In the light of these events, it is well worth asking if we are facing the prospect of crashed alien vessels or the collision of secret military prototypes. We must keep in mind that these events coincided with the UNITAS Exercises held jointly by the Chilean and U.S. military.

Some researchers have expressed the belief that it is precisely when said joint exercises are held that UFO activity reaches its highest point in Chile. But there are also considerable accounts which support the suspicion that — in the cases in question — crashed alien artifacts could be involved. Thus, for example, the research conducted in Vicuña includes the statements made by a hospital worker who claimed having seen some strange bags during the recovery of the remains of the Las Mollecas object. According to his account, said bags are similar to the body bags employed in collecting corpses.

Are we dealing with a secret military operation or a UFO crash? The numerous accounts regarding the activities conducted to “recover the thing that fell” cannot be ignored.