UFODigest.com » Aliens and UFOs » DO YOU BELIEVE THAT THE UFO PHENOMENON IS DEMONIC IN ORIGIN? 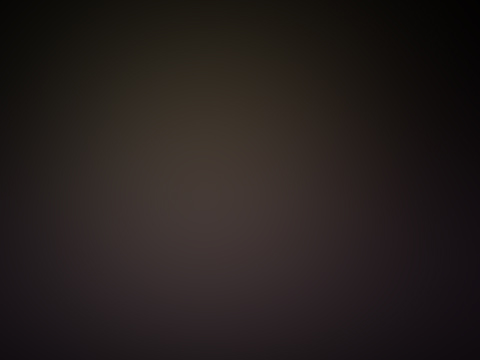 Even though many folks may somewhat feel that they cannot trust our government on many (or, most)  issues, at least on this particular issue, it is my feeling that the White House (office of Science and Technology Policy), to the best of its knowledge, is telling the truth when it stated (in 2011):

“The U.S. government has no evidence that any life exists outside our planet, or that an extraterrestrial presence has contacted or engaged anymember of the human race.In addition, there is no credible information to suggest that any evidenceis being hidden from the public’s eye. Many scientists and mathematicians have looked with a statistical mindset at the question of whether life likely exists beyond Earth and have come tothe conclusion that the odds are pretty high that somewhere among the trillions and trillions of stars in the universe there is a planet other than ours that is home to life. Many have also noted, however, that the odds of us making contact with any of them – especially any intelligent ones – are extremely small, given the distances involved. But that’s all statistics and speculation. The fact is: WE HAVE NO CREDIBLE EVIDENCE OF EXTRATERRESTRIAL PRESENCE HERE ON EARTH”.

Also, once and for all:

THERE ARE NO ALIENS AT AREA 51:

The late Carl Sagan was a brilliant scientist, astronomer and the ultimate rational thinker.

As far as the UFO phenomenon is concerned, we still do not know its true nature. The phenomenon “seems” to be real.

However, to equate it unequivocally with physical extraterrestrialvisitation borders on pseudoscience and is no different from a religious belief. However, religion is religion and science is science. There is nothing wrong in having a religious belief, since it is an intrinsic part of human nature. I, for one, am a strong believer in the existence of God, His creation and His divine plan for our life.

Dr. Jacques Vallee suggested that “there is a spiritual component…the UFO phenomenon is controlled by a nonhuman sort of consciousness”. But he also proposed the possibility that “the UFO phenomenon could even be material photoplasmic projections of the collective unconscious of thehuman family”. But the bottom line is we still do not know.

While suggesting that the government has been just as perplexed by this phenomenon as a segment of the public, I agree totally with Col. John Alexander that there has never been any intentional “cover-up” of this phenomenon.

I also totally agree with my colleague, Tomas Scolarici who said: “The UFO phenomenon is not a threat to our security. The same phenomenon neither was a threat for the Sumerians or Romans, or Indians. There is no such thing as a cover-up, and the authorities know as little about the nature of the UFO phenomenon as ourselves.”

(Despite the often reported “mischievous”, “oppressive”, “tricky”, “deceptive” nature of the phenomenon, in addition to their rather “primitive” modus operandi, such as their alleged “abductions” of humans, definitely not a sign of any physical visitation of highly advanced, intelligent civilizations from outer space……in fact, it almost seems to me that it all tantamounts to “demonic activity” of some kind and, if so, the government would not touch it with a 10 foot pole!! ).

“An impressive parallel can be made between UFO occupants and the popular conception of demons” -Dr. Jacques Vallee, Astrophysicist, Author and Advisor to the U.S. Air Force.

Perhaps these could be the reasons why the government cannot officiallymake any comments, aside from the likelihood that they are unwilling tomake any statement that goes beyond our present knowledge of empirical

science, going into such areas as “paranormal phenomena” and “religiousmanifestations” (including “beliefs”).

Could the phenomenon be a momentary, holographic intrusion from some typeof a “parallel intelligence”?

Could it be some form of “time-slip”, interdimensional “accident”?

We just don’t have the answers.

And the government is not in the business of going into these areas!

If so, then the government will never make any statement of that nature.

That is not their business!

By the way, here is a quote from the late Carl Sagan on UFOs: “No amount of anecdotal evidence, unsubstantiated by physical evidence, is worth a single substantive bit of physical evidence. A million reports that the Earth is flat has no veridical value on the shape of the Earth”.

Also, one of the most brilliant minds of our time, Stephen Hawking, said:

“No aliens have ever come to Earth in UFOs”.

Here is my bottom line to all this:

THERE IS NO SINGLE, PHYSICAL, TANGIBLE, SOLID, AS WELL AS IRREFUTABLE DOCUMENTARY EVIDENCE WHATSOEVER THAT PHYSICAL EXTRATERRESTRIAL ALIENS IN PHYSICAL  EXTRATERRESTRIAL SPACECRAFT HAVE EVER VISITED (OR, ARE VISITNG) OUR EARTH.