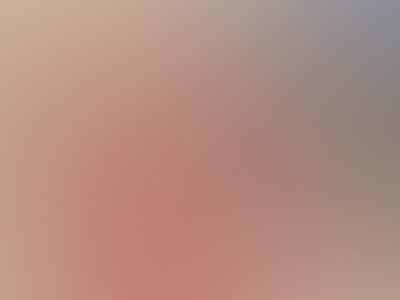 ‘Archeologist who spent a lifetime looking for Herod’s tomb and when finding it died at the site’ read the description in the November 6th Daily Telegraph.

The world has lost an amazingly learned historian, who overturned many of our existing views on the early biblical period including King Herod, who ruled Judaea from about 37 BC.

Herod was said to be a complete butcher of his rivals adversaries and even his family, but it is the ,’Massacre of the Innocents’ for which he is remembered, Herod’s plan was to murder all the newborns in Bethlehem to kill the baby Jesus, but the three wise men who followed the star are believed to have been Astrologers.

But the fact that Herod is said to have died in either 4 BC or 5 BC has long muddied the waters.

Ehud Netzer excavated a series of sites across the Holy land and said new information from these sites proclaimed Herod to be a legendary builder king who was able to steer round political intrigue to finish huge building projects, that has left an incredible architectural legacy which has endured for over 2000 years.

Ehud Netzer claimed in the book; Architecture of Herod, the Great Builder

published in 2008, that Herod was a practical and thorough man, with a very broad world view, outstanding organisational talent and ability to improvise, and able to adapt to changing situations and surroundings, and a man who anticipated the future.

Ehud worked on excavations at the Canaanite city of Hatzor and all over Palestine and Israel, and in fact the most important sites in all the Holy land, including Herod’s monumental palace at Massada overlooking the Dead sea, where Jewish rebels defied Rome’s 10th legion and rather than surrender all committed ritual suicide.

This uprising had been after Rome’s destruction of Herod’s second Jerusalem temple in AD 70.

Ehud became the senior lecturer at the Hebew University in 1981.

Ehud gave almost 30 years to the Herodian palace complex built on a man made mound of 300 feet near Bethlehem, first discovered by an American scholar in 1838. Ehud was to say the 600 seat theatre and landscaped grounds and luxurious settings were to impress the Roman general Marcus Agrippa in 15BC and although many scholars had searched for Herods burial place through the centuries often using the latest technology and scanning devices, the 900 feet long and 80 feet high mausoloeum was found by the great Emeritus Professor Ehud Netzer at ‘The Winter palace’ who fell from a height of 19 feet after a wooden rail gave way, and died later died in hospital on October 28th aged 76.

Lets look at how numbers and destiny can play a role in our lives, this is the standard numerological chart along with the key words in his destiny.

But could this knowledge have prevented his death on the very day he found the tomb after a 50 year search?

A good fortune teller will see a mans life as an open book the creator in his wisdom has given us many signs and portents. The Bible has many incidences of what is called ‘periodicity in numbers’ and the Hebew experts have always been experts in this science.

The number 10 which reduces to a figure 1, is the number symbolising the Sun, and the beginning, the start of events with creativity and positive influences and in the tarot pack is symbolised by the ‘Wheel of fortune’ and so it was when the wheel turned to October 28th 2010, this great mans time was up.

Shakespeare;’ taken all in all, we shall not see his like again’
www.tstokes.co.uk

If you would like more information or to purchase the book from amazon.com simply click on its title: Architecture of Herod, the Great Builder

Most recent posts by TStokes