UFODigest.com » Science » Human Consciousness » Holly, the Cat: How Did She Do It? 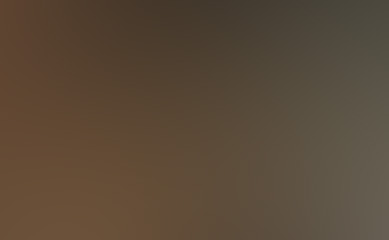 Holly the cat has come home! She made an incredible 190 mile trek, arriving less than a mile from home in 62 days; she was skin and bones, paws rubbed raw, and too exhausted to meow, but she was home!  Her amazing trip is further proof of the reality of something wondrous called morphic resonance between humans and their animal friends.

Recently I wrote an account of Zander, the Husky dog who found his human who had been hospitalized; Zander had never been to the hospital, and yet, he showed up at the hospital, waiting to see the human he loved. https://www.ufodigest.com/article/proof-morphic-resonance-between-dogs-and-humans

Not to be outdone by dogs, here is Holly the cat’s astounding story:

Holly, a four year old tortoiseshell cat, became frightened of fireworks when her humans, Bonnie and Jacob Richter, took her with them in their motor home to the Daytona International Speedway on November 4, 2012. Holly scampered out of the motor home between Jacob’s feet and was gone.

For days, Holly’s distraught humans searched for Holly. Flyers were tacked up and shelters were contacted, there was no trace of Holly. The couple sadly headed home to Palm Beach, 190 miles away.

There was a brief glimmer of hope two weeks later when a rescue group spotted the distinctive-looking Holly outside a Daytona Beach restaurant which fed feral cats. However, before the Richters could arrive, Holly had disappeared.

“She was pitiful. She just stood there, ready to collapse,” said Mazzola, who rushed to the store for cat food and began feeding the cat she named Cosette.

In a week, Holly decided to walk into Mazzola’s house. From there, Barb got her into a cat carrier, and took her to the vet where she was scanned for a microchip.

The chip matched the Richters’ cat Holly! The couple couldn’t believe it when they got the call that Holly was less than one mile from their house! Holly had traveled 190 miles in 62 days. Holly was and is an inside cat, the Richters have no idea how she found her way, ending up less than a mile from home.

Yes, it’s a lovely cat story but scientifically, how did Holly do this?

She had traveled to Daytona Beach in a motor home, not on foot, so how did she know the way back home? She couldn’t sniff her motor home separately from the millions of vehicles on the road, could she?

Humans are fond of saying, “Oh, animals have such great noses.” Well, they do, but in cases like Holly’s, this just doesn’t make sense. Did she smell her humans as separate from all other humans, from 190 miles away?

The only answer seems to be, that there is a mental entanglement and a spiritual resonance between animal and human.  Anyone who has beloved animal friends will know what I am talking about; it is pure, simple unconditional love. However, animals possess so much more than even we animal lovers give them credit.

Most lost animals probably do not make it home, perhaps they are injured or killed. Highways with cars criss-cross the country so crossing an Interstate or busy highway is deadly for animals. Perhaps others who are lost just can’t quite accomplish their goal – what if Holly had been unable to travel another step a mere 25 miles earlier? Or what if she stood in an unfriendly human’s yard? Even though lost animals have morphic resonance with their human, it does not mean they will make it home.

Of course human to human, morphic resonance is also created; humans might not find their way home in the same way when lost, but we do other amazing feats which just can’t be explained. Miracles happen.  Unconditional love happens and causes something incredible and wonderful between two people. https://www.ufodigest.com/article/morphic-resonance-dogs-and-aliens

Is morphic resonance merely another term for psychic ability? Or is it merely the power of love?

No, morphic resonance is a mind-boggling phenomenon unto itself; we as a civilization haven’t even known it exists until recently. It is past time we recognized its existence and treasured any life form capable of it – which seems to be – many of the life forms of Earth.

If feral animals or “lower” life forms don’t or won’t share morphic resonance with humans, they share it with each other; just consider a mother animal’s love for her babies.

Instinct, you say? Just what is instinct?  Is it humankind’s term so as to lessen the sacredness and intelligence of other animals?

Let’s hope that the UFO occupants don’t chalk up human intelligence to mere “instinct.” However, it is what we have done to other animals.