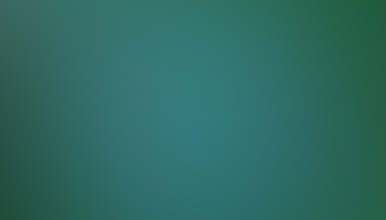 The one stumbling block in the argument that some UFO occupants might be human time travelers is that science stated many years ago that time travel is impossible; in fact, it was Albert Einstein who stated that time travel can’t happen because you can’t go faster than the speed of light.

In 2013, we can only watch in wonder and dread as high tech and advanced quantum science obliterate the old “can’t be done” taboos. Specifically, our own military has and is experimenting with “time reassignment” as one possible way to travel time, bypassing the “speed of light” barrier. If you saw the film “Source Code,” you know that a dying combat pilot was hooked into a quantum computer (that’s the closest I can describe it), and was able to “be” in another place and time in order to stop a terrorist attack. He could only stay for a few moments but after all, time reassignment, even in this fictional film, is in its infancy. Give us another hundred years and see how the quantum manipulation called time reassignment has progressed!

I am not attempting to tackle the specifics of how time travel can be done. I only state that it is fact that this one method of being “else-when” in time has and is being experimented with already, and there are other astounding, seemingly do-able theories these days on how to make a short cut through the “speed of light” problem; it is similar to the old analogy of an ant not traveling around the vinyl 78 rpm photograph record, but going through the hole in the center.

The final word regarding time reassignment specifically, it would seem that a time-craft with future humans aboard (or at least with the minds of future humans aboard), would blink into existence in 2013, stay for a while, and then blink out, because time reassignment seems to be limited by (ironically) a time limit.  In the film Source Code which was based on the experiments done by our military, the mind of the dying pilot manifested (he perceived himself), as aboard the train (target of terrorism), but his mind could only stay there for a few minutes.

So, is it a clue that time travel is involved when UFOs suddenly blink out of existence?

It makes more sense that something like time reassignment is involved in some sightings than it being a nuts and bolts alien craft which zooms around and which has no real reason or need to “blink out” at that particular moment.

Something to keep in mind, too, is that the predicted coming “Singularity” by 2035 wherein humans are enhanced with computer intelligence, lends itself to the likelihood of humans figuring out time travel and being able to physically do it. If we become androids, we can do a lot of things we can’t do as frail organic beings.  Are future humans androids or similar? Obviously, I do not know. I hope they overcame domination by high tech and remained human but that’s just my opinion. 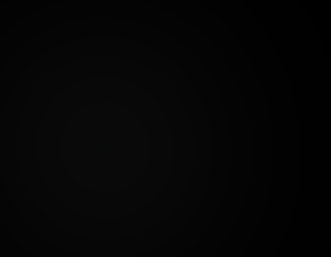 If humans have found the secret of time travel, they might travel back to the beginning of human civilization to plant the seeds of culture and enlightenment like the ancient astronauts did. As well, future humans might show concern as Earth faces a drastic climate crisis in 2013 and as human civilization falls into the predictable pitfall of adjusting to high tech while functioning at a relatively low level of spirituality.

I do think it makes sense that humans reached back to spread civilization and to begin human progress in the ancient astronaut days and that it could well be future humans very concerned about 2013 as well; why would actual aliens bother with all this? However, I never exclude the presence of extraterrestrials from far distant planets; the point of this article is not to do that.

What is the case for some UFO occupants being future humans?

Future humans have the greatest vested interest in this planet, therefore they have been patient but determined in maintaining their presence in those UFOs.

UFO occupants have turned off and on nuclear missile codes, clearly indicating that it is dangerous to the planet itself to have nuclear weapons; nuclear missiles are never fully under control. UFO occupants are now seemingly concerned about the health of Planet Earth; they are constantly around taking samples or checking on—something.  The UFO occupants seem to feel they have a rightful vested interest in Earth herself. 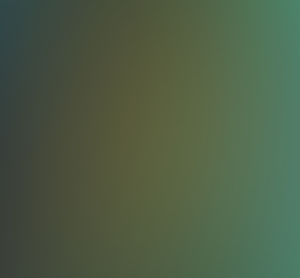 However, UFO occupants also keep their distance in most cases and maintain relative silence.

To me, this is the biggest reason why some UFO occupants are future humans. If you were an extraterrestrial, just arrived through the wormhole from your planet thousands of light years away, you certainly would check out Earth. You would hang around awhile, you would see who was in charge – not so much in the present civilization on the ground but in charge of the skies and space above Earth. I believe future humans would have the automatic right to be in charge of UFO activity, so to speak. It is their planet.

But then, as an ET, you would probably travel on. In all the years you surveyed Earth, you did not conquer Earth for her resources; perhaps you were restricted from doing so by those who control Earth space (future humans), but perhaps you are advanced, enlightened life forms who didn’t want to conquer anything. You can find the resources you need on plenty of vacant asteroids, moons, planets – if your own planet has run out. Eventually, you would travel on to explore other strange new worlds.

If you are an ET race who is aggressive, you have never staged an invasion. Is there a “ruling power” which protects Earth, whether it is 2350 or 2013? Might this “ruling power” be future humans?

My point is, the existence of future humans in our skies makes a lot of sense when you look at the reality of what is. The reality is – the conditions I have mentioned above.

This is the reality of UFOs in our skies: They stay, year after year after year. They were prevalent at the foundation of our species’ civilization and again at this time when we face our biggest crisis.

Finally, if I was an ET, I would come down and introduce myself by now, or travel on. My visit to Earth would be relatively simple in terms of human history; humans thought I didn’t exist but, oh goodness, I do exist! However, if I were a future human, I would really hesitate – as UFO occupants have and do – to meet with the current (old-time) humans.

The implications are staggering. Can future humans tell us if we need to keep fighting in Afghanistan or get the hell out now? Can future humans tell us that when we left Afghanistan, the Taliban took over and murdered thousands of women seeking their place as equal human beings? Or can they tell us that because we stayed in Afghanistan, Pakistan eventually set off its nuclear weapons? Yes, this is the stuff of science fiction alternate realities and “Afghanistan” is only my example of the millions – billions – of alternate reality confusions.

On top of that, who is in charge, really? Is it our 2013 president and world leaders? Or, do future humans know they are ultimately in charge of Earth’s fate? Do they not follow our 2013 laws at all? Can they stop assassinations or wars – will they?  Can they take John Smith back in time, just squeeze him into their time ship, and he can be 13 again and not start smoking so he does not have cancer by 2013? Can they give me the winning lottery number, please?

Of course once you find the secret to time travel, are you really locked into being from this year or that year? For us – still locked into “time” being as solid as cement, we cannot fathom it at all. If we were to know about future humans – really know – would some of us simply go mad?

I’m not really being funny here. Is it beyond our ability to comprehend and thus to adapt?

I feel that we can adapt as a human race because, obviously if future humans are here, we did adapt and continue to flourish. Beyond that, the human race would not still exist if not capable of change and adaptation. This is one of our best attributes!

Will some event or events – like planet-wide catastrophes – force UFO occupants to manifest, probably in order to save the day or to save some humans or somehow interfere in the destruction of the planet? A powerful solar flare, a super-volcano eruption, a nuclear confrontation and—there goes our future entirely. Can future humans stop our (and their) doomsday? Is that what they are hanging around for? It seems future humans would have the best reason to be involved, to get us over the hump of catastrophic events if need be, and into better days.

Am I just daydreaming of being saved by future humans? No, I feel there is strong logical evidence for their existence and presence in our skies. And after all, we do know that UFOs are here, so the next step is, who has the best reason – a real purpose – for being here?

Exo-Trekking is my free online UFO newsletter. Sign up at [email protected]