UFODigest.com » Alien Abduction » Aliens and UFOs » HUMANOID ISOMORPHISM IN THE SANTA ANA CASE WITH MYTHICAL BEINGS IN THE CREOLE CULTURE OF THE ARGENTINEAN LITTORAL 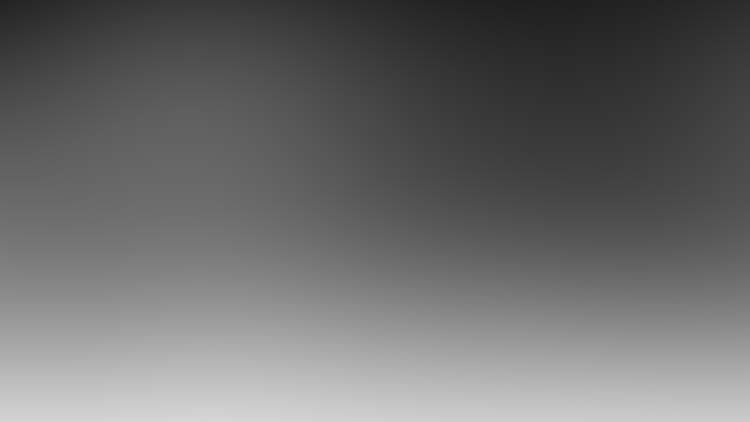 Facts of the Santana Case. A close encounter of the third kind = CE-3 (Hynek, 1979:37-38) took place on Monday, 17 March 1986, in the vicinity of the locality of Santa Ana in the Province of Corrientes (Argentina), witnessed by Mr. Rito Melgarejo, 42 years old at the time. The case was investigated by journalist Francisco Villagrán (1) who gathered the following eyewitness account:

“In fact, I was returning home after playing cards with some buddies at around 2 in the morning on Monday the 17th, after much rainfall. I saw a very powerful light that illuminated me completely, so much so that I could see my shadow projected onto the ground.

It was a highly luminous object, which practically came over me and stopped over the ground at a distance of 10 meters more or less. It was cold, but at that time I forgot about everything. Then I saw two little beings, about the height of a 6 or 7 year-old child, who exited quickly from the device. One of them gestured at me and spoke to me in a language I found incomprehensible. It wasn’t Spanish. He spoke very quickly. He made some hand gestures at me in a circular motion, but I told him that I understood nothing, and didn’t want to know anything. I turned around and tried to return to my house as quickly as possible. It seems these beings returned to their device and took off, because when I turned to look again, they were no longer there, and neither was their craft, which vanished quickly into the sky until it became very small. I didn’t look very long because I was somewhat afraid of being taken away and not brought back. They wore a sort of close-fitting black uniform and they were like us, human beings, only tiny. I figure that they were about a meter to one meter ten, more or less. They landed suddenly in the water, because it had rained a lot. I wandered around the countryside for a few hours, lost, because I became disoriented and couldn’t figure out how to get back. It left me with a very strong headache that still hasn’t cleared up. If it goes on, I’m going to have to see a doctor to cure me.” (Villagrán, 1986d: 32-33).

In order to establish the isomorphism between the humanoids in the Santa Ana case and the mythical beings of the culture that inform the societal conceptions of the place in which the incident occurred(2), and its supposed symbolic universe, we must previously examine the mythology of the Mbyá-Guaraní mythology as well as the creole culture of the Argentinean littoral itself.

To this end, we avail ourselves of the catalogue presented by Adolfo Colombres (2008), who has recorded for these cultures a total of eighty-nine mythical creatures, focusing our analysis on their phenomenological characteristics: Morphology (height), behavior (time), environment (rural) and cultural (clothing)3, with four of them corresponding to creole culture: Negros del Agua, Pombero, Y Porá and Yasi Yateré.

The isomorphism between the humanoids in the Santa Ana case (hereinafter HSA)4 and the indicated mythic figures (hereinafter MF), shall be established pursuant to one of the 3-way classificatory divisions of the symbol proposed by Charles S. Pierce and as done by Martha Blache (1982:44):

1. Iconic Level: The way in which the mythic figure is perceived with the senses. HAS: humanoids are described as “like us, human beings, only tiny”, “small beings, with the height of a 6 or 7 year-old child”, “I figure they had a height between one meter and one meter ten, more or less”, “they had short black hair and cut like colimbas (colimbas)”. MF: Negros del Agua are called by “Negritos del Agua” due to their size, and are “completely black and bald” (Colombres, 2009:72). The Pombero is described as “petiso” (short) or as “a brawny dwarf” and “black” (Colombres, 2009: 119). The Y-Porá “nearly always assumes the shape of a black person” (Colombres, 2009:187) and the Yasi-Yateré appears as a “dwarf” (Colombres, 2009:102).

2. Indicative Level: The way in which their actions are expressed. HSA: “They landed suddenly in the water”, “One of them gestured at me and spoke to me in a language I found incomprehensible. It wasn’t Spanish. He spoke very quickly. He made some hand gestures at me in a circular motion, but I told him that I understood nothing, and didn’t want to know anything. I turned around and tried to return to my house as quickly as possible.”6 Negros del Agua are “often seen emerging from a lagoon” (Colombres, 2009: 72) and the Y-Porá “appears in rivers, streams and lagoons” (Colombres, 2009: 187). The Yasi-Yateré may operate “in a stream” (Colombres, 2009: 102) and it is said to speak (Colombres, 2009:104).

3. Symbolic Level: The way it is evaluated by the reporter. HSA: “I didn’t look very long because I was somewhat afraid of being taken away and not brought back.” MF: Overall, the mythic figures examined arouse fear and are associated with the concept of abduction. Negros del Agua “drown children or boatmen, by upturning their canoes” (Colombres, 2009: 72). If the Pombero comes across children “it bears them away to abandon them far from their homes” or “sucks their blood until it kills them, and then hangs them from a tree.” (Colombres, 2009: 110). The Y-Porá “takes away children…and also stalks maidens, kidnapping them to sate its sexual urges.” (Colombres, 2009:187). The Yasi-Yateré abducts children or “drowns them in a stream”, “kidnaps girls…to sate its sexual appetites.” (Colombres, 2009:102).

The Night and the Weather. It is interesting to deal with the temporal context, since the HSA took place at night and “around 2 o’clock in the morning” and the darkness is a factor that coadjuvates the perception of the examined MF’s (Blache, 1982:52). Negros del Agua overturn canoes on “moonlit nights” (Colombres, 2009:72). The Pombero “may kidnap children at night” (Colombres, 2009: 119) and “if he is mentioned at night, it is necessary to do so in a low voice to avoid giving him offense.” (Colombres, 2009: 120). “It is necessary…to provide him offerings at night.” (Ambrosetti, 1947:52). The Yasi-Yateré “often comes out at night, particularly nights of full moon.” (Colombres, 2009:102). According to the witness “a lot of rain had fallen; they landed suddenly in the water, because it had rained a lot.” Now then, a coadjuvant factor in perceiving the Pombero is “an unstable weather condition or a sudden change in the weather.” (Blache, 1982:52).

After-Effects of the Encounter. The witness states that after the encounter “I wandered around the countryside for a few hours, lost, because I became disoriented and couldn’t figure out how to get back. It left me with a very strong headache that still hasn’t cleared up.” For this reason it is said that children captured by the Pombero are often abandoned “far from their homes…stunned.” (Colombres, 2009: 119). Let us note that the notion of misplacement is associated, according to Juan B. Ambrosetti, with the Petey, a name given to an MF identified with the Caá-Porá (Ambrosetti, 1947: 47-48).

Conclusion. While the HSA presents distinctive notes (the witness claims to have seen “a highly luminous object” = “device”= “craft”) regarding the isomorphism between humanoids and mythic figures, at least four recurrent themes are evident in mythology of the creole culture of the Argentinean littoral: 1) Anthropomorphic beings (“they were like us, human beings”); 2) low stature (“about one meter to one meter ten, more or less”); 3) the color black (“black uniform”) and 4), they inspire fear (“I was somewhat afraid”).

1 Villagrán published a series of articles on the subject in the El Litoral de Corrientes newspaper (Villagran, 1986 and 1986b) and in the specialized publication Cuarta Dimension) (Villagrán, 1986d),as well as an article in the Libre Al Fin magazine, accompanying an article by Alfredo Meli (Villagrán, 1986c).

2 The case occurred in the vicinity of Santa Ana de los Guácaras or Huácaras or Santa Ana, located in the department of San Cosme, some 20 kilometers of the capital of Corrientes, in order that the background of the CE-3 falls within the scenic perspective of the physical-geographic unit known as “the capital triangle” (Meichtry, 1987) and with the so-called “initial frontier of Corrientes expansion (16th century) (Meicthry, 1987: 4 and 6), having originally been a reservation for non-native Indians. At the time of the incident, the Department of San Cosme was in a context of decreasing population growth (Meicthry, 1987: 16-17), with a density of 12.0 to 15.9 inhabitants per sq.km (1980).

3 In this regard we followed the variables indicated y Ballester Olmos and Fernandez Peris (1987:20-22) for the examination of a case.

4 We follow the eyewitness’s report as collected by Villagran in 1986d, unless indicated to the contrary.

5For illustrative purposes, we note that a French humanoid encounter case reported by Henry Durrant, located in Cussac (Cantal) on 22 August 1967 (10:30 hours, local time) in which “the presence of small humanoids and a machine” are described (Durrant, 1978:34), these are presented in the following terms: “While the height of the unknown figures was between 1 meter and 1.20, our two witnesses understood that they were not facing children like themselves, but rather what they later termed “little black men (…) . Their bodies seemed to be covered by black clothing, close-fitting, like that of a diver.” (Durrant, 1978:36).

6 With regard to humanoid speech, see “Communication” in Durrant, 1978: 186-191, particularly in cases in which the word “uranium” [term employed by Durrant without any reference to a specific origin (p.12)] was completely unintelligible to the percipient on p.188.