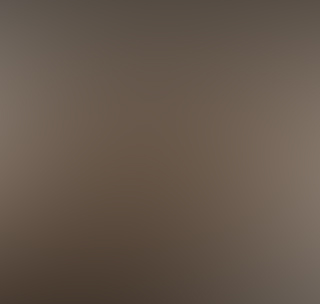 Some time ago, arising from an article published in Misterios magazine, published in Huelva (http://www.fernandogarcia.or), the possibility of conducting a study on the presence of humanoids in Andalucía came about, and I wondered what type of phenomena should be covered this hypothetical study.

As I write these lines, I keep wondering about it, although I do believe I have a better idea now than I did then. The matter can be approached from two completely different perspectives: the study of objects with the presence of humanoids, or cases in which only entities are detected, without any objects nearby.

There is no doubt whatsoever as to the first of these possibilities: these would be cases that clearly fall into the field of ufology, but if we chose the second path, we may find ourselves studying phenomena related to parapsychology, religion, Marian apparitions and even folklore, and ufology must be set aside, in many cases.

As far as the province of Cádiz is concerned, I have catalogued up to five cases which are on the borderline of the two study possibilities outlined before. All of them took place in communities along old National Highway 340.

There are two researchers who have associated three of these encounters with infiltrators, involving an alleged foreign bus line and local hotels in the story. It is a rather complicated and far-fetched way to mix ufology with the local economy, to my taste. And what are we to do with given phenomena in Seville and Huelva? Where should these be placed in the study?

Having reached this point, I believe that the first step to be taken must be to compile all of the Andalusian cases in which the presence of humanoids has been reported. This compilation having been made, we must then discard phenomena studied from other perspectives, keeping only events directly related to ufology.

The second step must be establishing the time frame that this study should cover, without implying setting aside phenomena that – given their importance or effect – deserve the honor of being included.

Once this selection has been made, we will find enough elements with which to determine the study’s feasibility and the focus it should have. It is currently not underway. This is merely a possibility to be discussed in a perhaps not too distant future.

Unless I am mistaken, this is the first time I’ve used the term “infiltrator” here. I recall having employed it elsewhere, in a still-unpublished work that may prove to be a real headache to many, should it ever see the light of day.

This term sounds like military terminology to me, and more related to the intelligence services than anything else. An infiltrator is one who “goes behind enemy lines to spy or conduct sabotage.” Are those who make use of the term truly aware of its meaning? Personally, I don’t think so. When these researchers use it, are they referring to entities that are among us to study or spy on is? Do they realize that they are taking for a fact the presence of intelligent beings from other worlds in our midst?

The first question these characters should answer is related to the opinion the scientific community has of them. It is certain they will try to refute them before agreeing with them. It is time to set all sensationalism aside, be completely objective, and employ scientific working tools if we want science to approach us. Do they realize that certain individuals, fellow inhabitants of our planet Earth, seek shelter among these madmen to cover up activities of questionable legality?

Those who habitually read my works are hoping to come across the story of one of these three encounters with infiltrators and mentioned above. It is with deep regret that I say it was not my intention to make them known in this format. They have been set aside for another place and time. I promise that when the time comes, they will occupy center stage.

One of the most interesting encounters with alleged entities to ever occur in Andalucía has already been discussed here. I am referring to a teleportation or abduction event in November 1986 in Alcalá de Guadaira (Seville). Nothing new can be added to it; it remains under study and awaiting a psychological report. ( see http://inexplicata.blogspot.com/2012/04/spain-possible-abduction-or.html)

We are faced with phenomena as old as ufology itself. Within the national framework we have cased going back to the 1940s and 1950s. For this reason, I will discuss one of these older cases, taking place in the opposite end of Spain: in Vigo, in the year 1945, and in Orense in 1955.

At his mother’s request, a young boy named Julio F. went to get water at a public fountain inside a washhouse on his street in the city of Vigo (Pontevedra). Upon entering, he saw two strangely-garbed individuals in the back, speaking among themselves. The one furthest in was pointing with his right hand. He had very long hair and a scant beard, dressed in a tunic that made Julio think of Jesus Christ. The other being was completely bald, also dressed in a tunic, with eyes more pronounced than those of his companion.

Julio heard the whispered words: “it doesn’t matter – he’s a child.” Terrified, the witness returned home without the water, taking a long time to return there due to the shock caused by the event.

He migrated to Argentina and years later gave his experience a quasi-religious interpretation due to the resemblance of one of the two beings with popular depictions of Jesus, and also because it was the only frame of reference for events of this nature that he could resort to at the time.

We are faced with an event that befell a young child. The witness retold it many years later upon returning to Spain from Argentina. Julio adds that it did not influence his life nor change it in any way. At the time he took it as a religious phenomenon, an opinion he holds as he tells the story.

The other case, from 1955, took place a few kilometers from Vigo on 20 October in Sierra de Avión (Orense). Manuel Gonzalez Vázquez, a 45-year-old shepherd at the time, was in the company of a very devout Christian female neighbor, looking after the cattle.

They felt an earthquake that lasted a few minutes, and subsequently saw in the distance a poorly defined figure — “like a screen” – and a human shape. Seconds later, they saw another figure that approached them flying beneath cloud level. It flew some three meters above the ground and looked like an 18-year-old girl, one meter tall. This encounter lasted half an hour, and was interpreted by the witnesses as a “divine apparition.”

These are events that took place over a century ago and beyond research nowadays, but they contribute very important information. I am referring to the interpretation given by the witnesses to their experience. They took it as something religious, in the absence of knowledge that my assist them in finding another explanation. One of them, unknowingly, contributes a bit of information that could perhaps be corroborated today. He says that on 20 October 1955, moments before the experience, he felt something like an earthquake in Sierra de Avión that lasted several minutes. I do not think it would be very hard to ascertain whether an earthquake occurred in the area that day.(a 7.9 earthquake occurred in Spain on 03.29.1954, and a 3.3 in Chauchinas on 06.17.1955 per the USGS. No information for the date in question — SC)

Personally, I believe that these encounters, had they occurred in Andalucia, should not be included in the hypothetical study. They fall more completely into the religious considerations of rural, “deepest Spain”. If they had had an impact, they might have become a second Fátima or some miraculous event, accepted or not by the Catholic Church.