UFODigest.com » Aliens and UFOs » INFORMATION RECEIVED DURING MY UFO ENCOUNTERS 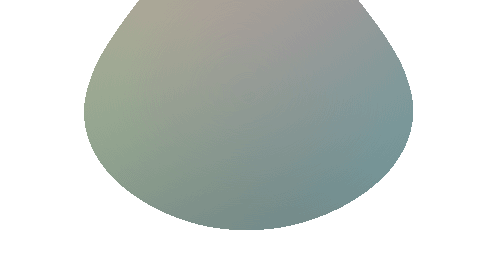 As stated below, this is a summary or overview of my 46 plus years of experiencing UFO encounters from my very early childhood.

The information suggests, or indicates solidly many insightful things that now affect, have affected, and will affect our human reality as we perceive it…including many elements of our sciences, religions and history.

Some of the information is self explanatory, while other information I was given…or information that was obviously suggested…demands further investigation, analysis and speculation. I will attempt to do this in another entry on this website.

Some of the information I received during the encounters:

✽ When I was 2 or 3 years old, 1939 or 1940, the so-called Ets told me that they were here to change humankind and the way they did it was to enlist help from people like me. They said we would have to fool some people because some people didn’t like change…etc.

✽ When I was 11 years old, early Summer of 1949, they told me that if I didn’t want to be like one cow in a herd of cattle that I should not resist what they were doing to me and telling me…that I should cooperate with them. They said the churches were not teaching what they were set up to teach and that modern corporations had too narrow a focus on profit. They said I needed to develop my metaphysical talents and that I would teach others in the future about construction techniques. They explained things about the four directions and told me to always know where I was in relation to North, South, East and West. They explained the purpose of “the familiar strangers” and encouraged me to join them in their tasks.

✽ When I was about 13 years old, around 1950, they encouraged me to join the boys’ auxiliary organization of the Masonic Lodge. They demonstrated a Masonic ceremony and put me through part of an Ancient Egyptian ceremony. I saw several small alligator-like creatures who they said were in charge of my life-long education and development. They indicated I would work with buildings and other people. They placed me on an examination table and told me I would have heart attacks and heart surgeries in my later years…which I did some 38 and 45 years hence. They admonished me for getting into trouble with my young buddies.

✽ The Summer of 1952, just before I passed from Junior High School into Senior High School, they told me I would take Mathematics, Chemistry and Physics in High School and that I would go to college and take them in college…and as a matter of fact that I would be an engineer…essentially whether I like it or not…which I did (become an electro mechanical research and development engineer) but without an engineering degree.

✽ In June of 1957 they told me that they were the Monitors or Keepers of the Earth, a brotherhood who was responsible to a hierarchy that included the Arch Angels Michael and Gabriel…who in turn were responsible to the entity of Christ, who was in charge of this corner of the Universe. They said they were here to save humankind from destroying itself (as they had done in the past) and that they were preparing people for a time when they would return and take them away. Those who were willing and qualified would go and those who weren’t would stay and suffer some kind of consequence that I don’t remember. We (my friend and I) met “the familiar strangers” and orphans who were to be a part of a future project that would involve others for the purpose of helping the orphans survive and educating the orphans and others. When we asked questions about what was happening, we were told we were only to see and hear those things we heard and saw…i.e. we were only to be presented what we experienced during the encounters and nothing more.

✽ Throughout the 1950s a friend or a relative and I infrequently, but periodically would meet the “familiar strangers,” who most often arrived in an elongated windowed flying saucer. We would then fly off into the future in the craft, to specific Earthly locations where we were shown and told what we were to do in the future. I even received technical information in minute detail. This involved the vast Et/human project that would not only help the orphans but many others in an area stretching from Minneapolis to Jackson Hole, Wyoming, including some people in Colorado. Also, throughout the 1950s into the 1960s and 1970s, we experienced future “time warps” in which we received information and saw what we were to do in the future. This occurred from coast to coast and from Canada to Mexico. The time warps were what seemed to be a physical phenomenon, as well as other-dimensional phenomenon that sometimes developed as we watched. Buildings and people (including “the familiar strangers”) developed in what appeared to be a distorted atmosphere and we witnessed and experienced the future happenings. I have found that others also have witnessed this throughout history. It most often was called “a bubble,” etc.

✽ Many other things happened and were said throughout the 46 plus years…too many to include here. However, it is important to note that I was never alone during the encounters, except for a few short episodes. Over 125 different people who I knew experienced one or more encounters with me.

✽ Also throughout the entire 46 plus years, I experienced what I call “conditioning sessions” where I was asked to enter a strange object or craft, then told to turn around, kneel down and face the door. After kneeling down, I would see a strange light approach my forehead and hover about one foot away…and I would began to feel excruciating forces penetrate my body and mind. When I yelled out that I couldn’t stand it anymore, they would tell me to hold on, that it wouldn’t last much longer. When I felt I might pass out, the forces began to fade away. At times, I would then find myself floating a foot or so above the ground. This, they said, was to improve me as a human being. We experienced and were told other things that allegedly would improve us as human beings.

✽ When asked to go public with my story in 1988, I did…but suffered massive heart attacks and heart surgery, losing over half of my heart. And I continued to suffer serious health problems for over 10 years…just as I was told during the experience on the “examination table” above (the experience that occurred in 1950). My state of health was so serious during the 1990s, my doctors call me “a walking time bomb.” In the meantime, I continued to try to understand what had happened to me, giving lectures and talks throughout the country…being interviewed on radio, TV…in newspapers and magazines. I also participated in several academic studies sponsored by prominent universities, etc, etc…and I finally finished writing the first two books, which took more than 14 years.,

✽ Since my 1986 “flood of recollections,” my family and I have experienced a few UFO sightings, seeing a couple that flew over the roof of our house. And I mysteriously, actually met “the familiar strangers” in the Spring of 1987. We compared stories and found that we had been told and experienced some of the exact same things during are respective, so-called, UFO encounters. This involved the extensive “Et/human project.” I witnessed them doing some of the exact same things I had seen them do during the 1950s time travels…and I mysteriously performed some of the same things I had done during the time travels. It was…amazing! Many coincidental things occurred between us and we finally discovered that “the project” would not occur exactly as we were shown and told.

✽ As before…many other things happened and were said.