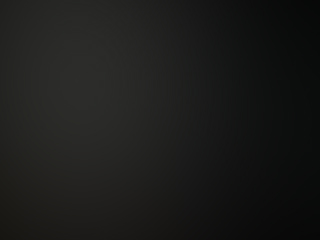 We are at the home of a person who has witnessed something very strange. The fact is that this is very convenient,as creatures of this sort are being reported elsewhere in the world. He is showing us his back and he is nearly in shadow, given that the job he performs keeps him from identifying himself. We are not going to reveal his name, we shall simply call him Mario. Good afternoon, Mario.

I would like you to tell us about your experience and how it occurred.

Well, this event occurred this week on Wednesday night, 21:30 hours at night, it was something that startled me as I did not expect it. I was not alone: one of my co-workers was with me on duty, due to his own schedule. It happened behind the municipal campground.

And what’s your job, Mario?

Perfect. And what were you doing that night?

Well, we were just about to make our daily nocturnal survey of the area, a function of my job, we usually cover the camping and also the old port. That evening, we were getting ready to go out, carrying our work tools, we started up the vehicle, and, well, we headed out to the area behind the campgrounds. We know that the area behind the campground is one where many people go fishing, so a function of our job is to go and insure that there aren’t any irregularities involving wildlife. So when we went in, following the street that leads to the back of the campground, where the municipal stables are located, my colleague was casting light with his flashlight along the right side of the road, and we both looked to see if anything was visible. When I returned my attention to the road again, I noticed — and it was very noticeable — a pair of feet that were…were…very long…

Um…long like, um…not as thin, but as long as those of a cow, but with strange fur.

Were they upright legs?

Yes, the foot, from what little I could see, had a raised heel, as though it supported itself on its toes. That’s what I could see. Not only that – this paranormal thing I’m looking at, because I don’t know of anything in the world that
is similar, or has those characteristics, had grayish brown fur and I could see a shape, a black shape like a person. Well, when I shouted to my companion: “Did you see that?!” The strange thing began to sort of disappear, to lose itself, running through the vegetation…

No, not…not normally, it was as if…it had a very strange way of walking or running, it was very strange, as if lifting its legs

As if it were jumping?

Jumping, that’s right. Well..I was startled, I took the flashlight from my companion, I could hear the creature making noise in the vegetation, I pointed the beam at it, theoretically at the place where I thought it was, and well, I pointed the beam, tossed stones, didn’t hear anything. It was as if it had vanished. Well, then…we kept going, wondering what it could have been, because as we know, the municipal stables are there, and there are other animals, but it wasn’t a horse or a cow. It was something strange. But anyway, the adventure wasn’t over yet. We finished the tour of the campground, where there were people, many people, which startled us too. We stopped, and then returned to where we’d seen the creature. We decided to stop and comb the area a little more, to see if we could find at least something similar to what we’d seen, or possibly see it again. But no, no. We didn’t find anything. It was a very dark night, so….I know that what I saw…was nothing that exists…

Nothing known at all.

Mario, thank you very much.