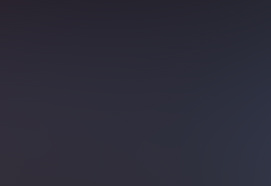 If an asteroid, one hundred meters across hits Earth, it would explode with the force of a dozen nuclear weapons. Alas, Earth sits in a Solar System which is full of asteroids, large and small.

Millions of asteroids orbit the Sun; some of those cross the Earth’s path. Asteroids are sometimes as small as grains of sand, and they create brilliant shooting stars when they burn up in our atmosphere. Often they are mistaken for UFOs. However, asteroids can be the size of large football stadiums or as large in area as a city.

The asteroid which extinguished the dinosaurs overnight was ten kilometers across. It crashed to Earth 65 million years ago. Are there any killer asteroids headed our way soon?

What do we do to find the huge asteroids of the future and smaller ones which could arrive anytime and would still do great damage to Earth, her environment and civilization? 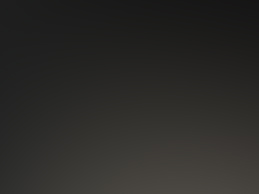 Mars as seen from the Asteroid Belt

First, asteroids must be located.  Smaller asteroids around one hundred meters in diameter are hard to see; we need big telescopes that can sweep across large areas of sky rapidly and which can track those moving asteroids. The good news is we have telescopes like that, and we’re building more.

Still, some of these galactic bombs are in orbits that make them very difficult to spot. Asteroids stay near the Sun, making them hard to observe from the ground. Therefore, we should build a spacecraft that travels in a path closer to the Sun. This craft should look away from the Sun rather than into the Sun in order to spot asteroids. Another idea is to launch a telescope that does the same thing but stays near Earth. Both have their advantages, and the good news is that both of these concepts is being pursued through preliminary research.

The B612 Foundation is a group of astronomers, astronauts, and engineers who investigate how to avoid asteroid impact on Earth. They are seeking private donations to build Sentinel, a spacecraft that will travel into an orbit similar to Venus, to look for dangerous asteroids. 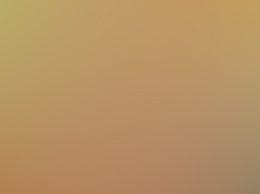 NASA is looking into building the NEOCam which will be a camera to spot near-Earth objects. Both projects state that once in place, and using infrared, warm asteroids would give themselves away against the cold of space, and both say they could find as many as 90 percent of Earth-approaching asteroids bigger than 140 meters in size. Sentinel can look in regions of space NEOCam can’t see, but NEOCam, being closer to Earth, can scan the skies faster and transmit the data more efficiently to Earth. Together, they will make a good team when watching for asteroids.

Suppose that a killer asteroid has been spotted from Earth. What can we do?

There is the concept of a “kinetic impactor plus gravity tug.” Here is the scenario: a space probe is sent to the killer asteroid at full speed, and slams into it. The force of the impact changes the velocity of the rock slightly, just enough so that it will miss the Earth. We hope!

However, what if the killer asteroid circles the Sun a few more times, the trajectory changes slightly, and it is then set to hit us at some later date? It is planned that a second probe hitch-hikes on the impactor. It can move into a station-keeping position near the rock, using its own gravity to very gently tug the rock into a safe orbit. This operation will take a lot of time, so the more lead-time we have, the more chances of Earth survival.

The sad fact is,  it takes a lot of lead-time to build and launch the probes, as well as get to the asteroid, so that’s why finding these killer asteroids as quickly as possible is so important.

Unfortunately, we don’t have missions like these built and ready to go. We don’t even have them designed!  NASA has a limited budget, so trying to find the money necessary for these projects  (billions of dollars!) when funding is being cut  will not happen unless Congress and the President take it seriously. However, the Congress and the President cannot or will not even stop us from going over the fiscal cliff!

Even today, there are a handful of asteroids which are being carefully watched. These could do serious global damage to Earth if they impacted us. Will the day come when a killer asteroid is detected very close, somehow having slipped past early indicators, and we as a civilization will regret, to put it lightly, not having gotten ready? Will we rue the day we did not invest in asteroid detection and defense? We spend so much on war with other human beings.

The fact is, a killer asteroid will hit us. Given enough time and our inaction, an impact is inevitable. Yes, we have started thinking about detecting and stopping asteroids which would do us serious harm or bring doomsday. Will we be ready on time?