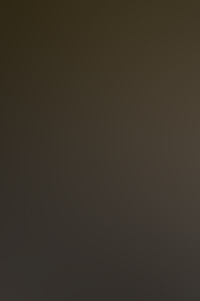 I saw Knowing on Saturday. I was stunned. The movie is a direct, frontal assault on Christian beliefs. It is the Alien Gospel – a term I use and have blogged about incessantly – with all of it’s deception, displayed with every technical marvel, on the silver screen. It’s being shown in a theater near you and people are being conditioned to believe the lie! Here’s why.

The gist of the story is this. Encoded on a single sheet of paper, is line after line of numbers.

This was written by a ‘disturbed’ fourth grade girl and tucked away in a time capsule for fifty years. At first it appears that this is a just a random sequence of numbers, but as the time capsule is unearthed, and the movie progresses, we see that the numbers are, in fact, the dates and places where tragedy has stricken, in one form or another, in some horrific disaster. Nicholas Cages character,Professor Koestler, is able to put all of this together, and it is he, that realizes that there are dates of disasters that haven’t yet happened. He realizes that these numbers, prophecy the events that have already taken place, and this sets him on a quest to stop the next ‘prophecy’ from happening.

Without giving away the movie away, as the story unfolds we see mysterious men who appear to Koestler’s son and communicate with him telepathically. These men are also able to walk through walls. We also learn that the little fourth grader who wrote the series of numbers, 50 years ago, heard whispering voices in her head, that continued throughout her tragic, short-lived life. Koestler’s son also begins to hear the voices. The quest to stop the disasters leads Koestler to an abandoned trailer out in the boonies where we see – brace yourself – the faded picture of Ezekiel’s vision, of a wheel within a wheel, hung on one of the walls. At the end of the movie we see these men who have appeared to Koestler and his son, change their appearance and reveal their true form, that of angels, complete with wings. When their huge ship appears, Koestler falls to his knees, as he is OVERWHELMED – there’s that word again – by what he sees. I don’t want to give any more of the movie away so I’ll stop here.

So let’s strip this down and expose the truth. The Bible is supposed to be unique among all other books on the planet. So what is the one element of the Bible, which sets it apart from any other religious work? I actually asked this of several people who know the Bible fairly well. They all looked at me with the deer-caught-in-the-headlights, look!

The answer is this. What separates the Bible from any other book in the world is the unique, dynamic, of prophecy, the ability to accurately predict the future. It has been proven over and over, that Bible prophecy is 100% accurate in it’s predictions. I would venture to say that the only being who can do this is, the God of the Bible. While there are those who imitate this, such as Nostradamus, and others of his ilk, no other book on the planet has this unique characteristic. Here’s what a passage from Isaiah says:

10 I make known the end from the beginning,
from ancient times, what is still to come.
I say: My purpose will stand,
and I will do all that I please.

11 From the east I summon a bird of prey;
from a far-off land, a man to fulfill my purpose.
What I have said, that will I bring about;
what I have planned, that will I do.

True prophecy is the ability to call out future events before they happen. In my opinion, only the God of the Bible is able to do this. Others imitate this, but where is their record of 100% accurate fulfillment? It’s not there, as they can not see the future. Thus this separates the Bible from all other so-called ‘holy’ books.

What is very disturbing about the film, is that it promulgates Erich Von Daniken’s ideology that is found in his book,Chariots of the God’s. Von Daniken believes that Aliens from other planets interacted with primitive man and are responsible for many of the megalithic structures that we see all over our planet. By the way the History channel recently aired a two-hour special entitled Ancient Aliens, which featured Von Daniken’s work. You think there’s a connection here? I do.

What the movie, Knowing says is this, that Ezekiel’s vision was nothing more than an Extraterrestrial visitation. That E.T. appeared to Ezekiel and gave him the ‘prophecy’, and that the god that Ezekiel worshipped was in fact, E.T.. The wheel within a wheel, that Ezekiel describes to us, was a space ship and the beings that appeared to him were aliens, who in fact SEEDED US HERE ON EARTH!

Let me close by saying this. In a nutshell the movie tells us that:

1. Aliens, not the God of the Bible, gave us prophecy through the millenia.
2. That the prophecies of Ezekiel and the visions that he wrote down were, in fact, attributed to extraterrestrials and their space craft.
3. That these aliens were mistaken for our gods.
4. They are interacting with us now because we are at a precipitous juncture in our evolution.
5. That the Bible is nothing more than encounters with these beings, therefore Christianity is nothing more than a fable.

This movie is blatantly anti-christian. It is an attempt to condition the masses that extraterrestrials were the god of the Bible. It is, in short the Alien Gospel and is a prelude to the Coming Great Deception! Wake up! May I suggest that you either point people to this BLOG so they can read this or you have my permission to copy and paste it on an E-mail and forward it those who you think might be receptive to it!… L. A. Marzulli 3-23-2009

Most recent posts by L. A. Marzulli

All posts by L. A. Marzulli