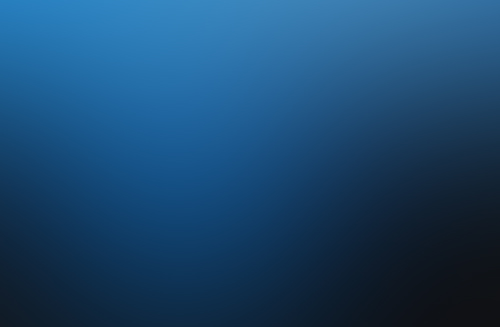 There it is: The doorway to other realities! Humans have not yet learned to control this personal quantum portal yet, but we are learning. This astounding and downright magical door is right up there in our heads and we use it all the time. However, just like our magnificent, life-giving and life-sustaining planet, we take our personal quantum portal for granted. It is the world of The Dream – Dream Reality.

I feel we humans go amok in fully comprehending the Dream Reality because we apply the lowest common denominator to it. We are taught in childhood that if you are bullied at school and then have a dream of being bullied, that your dream was only a “bad dream” and that dreams are not real. “The only value of that dream,” said mother, “is to work out your frustration.

Of course, in the Dream Reality, that bullying experience in school was the scenario which was not “real.” The belief of the Australian Aborigines is that the Dream Reality is the “real reality,” but the civilized world stresses Day Reality.

The Day Reality is that world we know all too well, of greedy financial deals, personal stresses and worries, illness, family disputes, war, rudeness, the Internet – yes, some good scenarios, too in Day Reality! No one is trying to get rid of the Day Reality!

However, as civilization progresses (or “civilization,” depends on your point of view), we humans have almost gotten rid of the Dream Reality. We fail to give it meaningful in-put into our lives, we fail to consider it as important in any way, and like the living spirit of Mother Earth, we often don’t acknowledge that it exists at all.

This spirit-child which is in each of us, exists in The Infinite Dreaming and is only initiated into physical life by being born through a mother. The spirit of the child is understood to enter the developing fetus during the fifth month; when the mother felt the child move in the womb for the first time, it was thought that this was the work of the spirit of the land in which the mother then stood. Upon birth, the child is considered to be a special custodian of that part of his land and is taught the stories and songs about that place.

What a dynamic connection between Human and Planet!

The Aboriginal teachings are that before humans, animals, and plants came into being, their souls existed; they knew they would become physical, but not at what “time.” When that time came, all but one of the souls became plants or animals, with the last one becoming human and acting as guardian to the natural world.

Here is ancient wisdom for the human species in 2012, as our Planet Earth now struggles to sustain its life-forms, partially due to our own recklessness and uncaring ways.

So, back to our boring “work out a bad day in your dreams” world: Yes, this is how dreams are seen as being useful in civilized 2012, good to have an argument with your boss in your dreams to get rid of the frustration at work. Then hopefully you won’t make any waves at work, which is the “real world.”

Of course we replay good Day Reality events too in nightly dreams; we can even resurrect dead relatives and have a picnic with them or take a walk.  If they are like my parents, they will be much happier together in the Dream Reality than they ever were in the Day Reality when alive. In the Dream Reality, they live still and are finally happy and unstressed.

Often as we first dose off, we enter the hypnogogic state.  http://www.world-of-lucid-dreaming.com/hypnogogic-state.html

The Dream Reality door then cracks open! The hypnogogic state is a strange phenomenon which happens at the onset of sleep. Also known as hypnagogia, it induces visions, voices, insights and peculiar sensations as you go bouncing through this borderland terrain.

Hypnogogia varies; sometimes it is the reality you know flashing in and out in crazy ways, but sometimes you see, hear and even touch realities which are completely alien to you. Extraterrestrials and time-aliens can and do show up in this level of Reality. It is only that old Day Reality which tries to filter out these beings, telling you they do not exist in any way because it (your day-mind), refuses to conceive of them, because they frighten your daily mind.  Your day-mind is a rigid censor – a heartless filter – of anything it does not comprehend.

The old day-mind deals with the boss, the headache, the money problems, the wayward son, the computer, and so much more, so we need to give it a break, too. It is not “bad,” but it is not “all” either! It only thinks it is “all.”

Hypnagogic imagery as you fall asleep, contains faces, landscapes and geometric shapes, perhaps like the Aborigines crop circle-like art, which emanated from their Dream Time over thousands of years.

Complex patterns flow across your field of vision, becoming almost hypnotic in nature. You can manipulate the hypnogogic state with intense focus, but you must not let your day-mind awaken fully to delete the whole thing. It is very skilled at doing that!  What many people don’t realize is this imagery can be used to induce lucid dreams.

Fairies and other nature spirits are quite at home in our Dream Reality!   Also, our quantum dream portals open to extraterrestrials and other-dimensional beings so that they can interact with their human cousins safely; the Dream Reality is safe for both human and other-world beings.

Of course some people worry about nightmares wherein alien monsters come out of the woodwork. The truth is, some souls manage to keep their dream-ship on an even course, so that even if there is a nightmare, it does not make a lasting impression. Other souls are more   fearful by nature. Perhaps this gets into past life experiences or bad childhoods or whatever makes us each unique in the cosmos.

I can only say that if you wish to explore the Dream Reality as a valid reality and work to have mastery of it, you should do so! Don’t let those-who-fear-dreams stop you when they tell you of their frightening dreams and give sometimes nonsensical warnings.
It boils down to the same choices those astronauts had to make in Day Reality: Do I boldly go up in that little tin space capsule, Major Tom? Or do I stay safe down in this “reality?”

Of course there are a million other examples large and small: Do I try to help that wounded dog off the highway or do I stay safe? That wounded dog, when saved, will change your reality, making it 100% better with his lifelong companionship.

I suppose there is always a huge risk, both to astronauts and dog-savers. Day Reality tries to make us frightened of everything, tries to tell us to stay safe at all costs. It is up to you how important “safety at all costs” – is.

It is the same regarding coming face to face with aliens in Day Reality (“real” reality), that’s assuming they exist in our “real reality,” and I firmly believe they do.

Do I cower in fear behind my sofa and hope that saucer departs from my back yard?

Or do I carefully go toward the back yard with my fingers making the peace sign and a smile plastered on my face? Perhaps there is no right answer!

Incidentally, if in the aliens’ society, the peace sign is an insult, well—I do believe they’ve studied us long and thoroughly, and they do know our peace sign and our smile. You can say I am naïve but what is your alternative to these numerous spacecraft with these occupants inside, zooming around our skies every day? What is the human race to do? Really? I feel strongly we must go out to the back yard demanding to be equal, and get started with this galactic community thing! 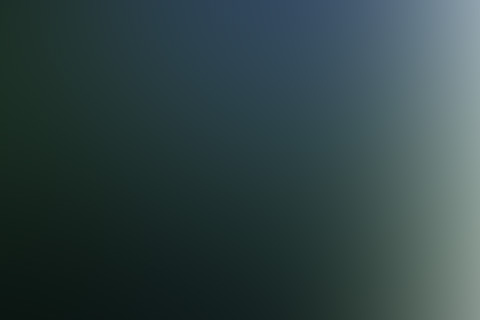 Back to the Dream Reality: There are so many levels to dreams, from nitty gritty replays of daily life to the deep dreams of REM sleep, to the hypnopompic state.

The hypnopompic state is that level of consciousness preceding waking. You can have dreams then which are easier to remember and often quite significant. I have felt many other-world interactions in my hypnopompic state with aliens and earth spirits. In fact, I often wake up with an answer with to a Day Reality problem or to a cosmic puzzle, and it is usually given during this pre-awakening dream consciousness. The Irish say that the fairies have visited you if you wake up with an answer to a problem or puzzle.

Some dreams reoccur often, we are suddenly back in that same unknown house or country road or city building, night after night. And yet, we have never been to these places, so we return to these timelines night after night. These alternate realities seem to wait for us to return.

Do you have prophetic dreams? Many people have seen catastrophes they believe are to come in the Day Reality. Often these connect to these Change Times and the coming Change Point.

Do you interact with extraterrestrials or other-worlders repeatedly in your dreams?  Are they the same being or beings? Are they teachers or perhaps simply – friends?

Or are they YOU?

Do you have another self in your dreams, rather like an avatar in a virtual reality game? Or perhaps not like an avatar, but simply YOU in another aspect of your whole quantum self?

Or perhaps you have had one enormously significant prophetic dream which haunts and guides you the rest of your life.

Dreams are real, not just in the sense that we all go to sleep and we all dream. Our Dream Realities are valid! They are part of Reality itself.

Some theorize that dreams are valid alternate timelines which come to an end as we awaken. Yes, the Dream Reality seems to end when we wake up, but then the Day Reality ends when we go to sleep. Which is more valid?

Yes, dreams end, but so does this life we are currently living. This reality comes to an end for all of us, doesn’t it?

I am positive that our infinite spirit – our consciousness – wakes up again after “death” to the Greater Reality. Perhaps I will be that time traveler who haunts my dreams.

Perhaps I am that time traveler who haunts my dreams!

He comes through the portal. He teaches. He experiences. I learn. I also teach and experience.

Do alien and human worlds meet in Dream Time? We desperately need a common ground to establish simple, basic understanding, respect, and even love for each other. I feel the aliens do use the dream levels of our consciousness to begin this mutual knowledge.

Perhaps we are all pioneer souls, as we read about UFOs and then dream each night. We lead the way to that common ground as we contribute “Yes, aliens are real!” to the mass human consciousness. Portals open….