UFODigest.com » Aliens and UFOs » RESEARCHERS LOOK INTO THE IBICUY LIGHTS IN ARGENTINA!

[On April 13 2015 we presented an interesting account on the “Ibicuy lights”, which have frightened more than one fisherman in these riverine islands. Andrea Pérez Simondini has visited the site for research and to provide further insight on the matter – SC]
Click here to enlarge top photo.
A research team is analyzing eyewitness accounts from residents of Mazzaruca, Ibicuy, regarding manifestations of mysterious lights over rural roads: “We held a night watch on April 18 and saw a light emerging from the sky, but are still unable to ascertain its nature,” Andrea Pérez Simondini of Visión Ovni told AIM. She says these sightings are connected to experiences occurring in Victoria, and notes that new eyewitness accounts have been obtained.
During a conversation with Agency, Simondini explained that she arrived at Mazzaruca, Ibicuy, on April 18, 2015 along with her team to look into an eyewitness report from a local resident who discussed his experiences in an article published by AIM. “The goal was to study the exact location where the events occurred.” 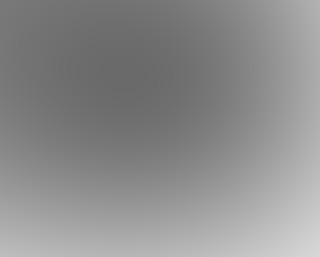 “We were at the witness’s home and he suggested that we visit a site where we held a night watch to see if flashes or lights would occur,” she said, adding: “This came about because we also interviewed other witnesses in Mazzaruca who claimed having seen some sort of red dwarves in the area, and this story also matched one by some fishermen in Paraguay who frequented the area. These particular cases involve sightings that took place three years ago, where some claim having seen lights and other say they saw very small creatures, approximately 40 centimeters tall, but the latter does to not match the sightings we are looking into,” she explained.
“We Saw a Light Appear in the Sky”
In this regard, the researcher told AIM that on the weekend of April 18, they camped at a location known as the “former shooting range” in the vicinity of Médanos, Ibicuy, guided by a report from another local who claimed seeing a light heading toward him, flying over the countryside. “On the evening of April 18, we held a watch at the site and saw a light appear in the sky, but we are still unable to determine what it was,” states Simondini.
“This is new information is new, in regard to the earlier cases brought forth by the resident of Mazzaruca, although his story is also very interesting, as he talks about a light following him, and this is an element that appears in many cases, ” she notes, recalling: “This local resident says it was at night, and when the light appeared, he thought it was a vehicle approaching on the road. It was very bright, but then it vanished, and there was nothing behind it.”
Simondini also suggests that this case is linked to similar experiences recorded in the city of Victoria, Entre Rios, which she investigated with her team: “This same situation occurred at a location known as La Tapera, where people reported lights appearing head-on, illuminating them, and when they thought they were about to intercept their vehicles, there was nothing behind them. Such descriptions are repeated frequently in reports from the countryside. They don’t occur in the cities, and at times it’s very hard to gain access to the eyewitness reports, because people are set in their ways or shy. But they welcomed us in Ibicuy and we are immensely grateful for their hospitality.”
We Are Not Alone?
Regarding the distrust surrounding these phenomena, Simondini told AIM: “It’s possible to see many things in the sky. For this reason, we used our equipment to show the differences between airplanes and satellites and other possible objects to the foreman who claimed seeing the lights. This helped dispel any doubts and give him some background on the subject. The main difference we find in what we call sightings is that these involve unidentified objects that fly very low, nearly flush to the ground, and hang over the fields, often having a circular shape,” she described.
Moreover, the researcher told AIM that the survey of the Ibicuy area “proved to be very interesting and has contributed new elements to our work, since we looked into the cattle mutilation phenomenon some time ago, cows and pigs found with mutilated faces without any apparent reason and were a cause of concern, because they were animals in perfect health, later found dead under very strange conditions. We have still not published our results of this Visión Ovni investigation, but before long it will be up on our Internet site,” she explained, adding that a new night watch is scheduled for the Mazzaruca area, “but this time we will sail the Paraná River, as there are reports involving sightings of colored lights over the water. The locals made this suggestion and we embraced it enthusiastically,” Simondini pointed out.
Source: By AIM Digital
Visit Scott’s website:  http://inexplicata.blogspot.ca/
[Translation (c) 2015, S. Corrales, IHU with thanks to Guillermo Giménez, Planeta UFO]