UFODigest.com » Aliens and UFOs » ROBERT SALAS LECTURES ON ALIEN INTEREST IN OUR NUKES AND BRINGING DOWN THE UFO CABAL – PART II 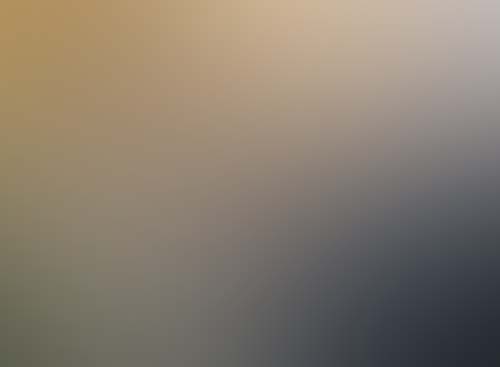 Lt. Col. Lewis Chase, a member of Condon’s team, was the operations officer and UFO officer at Malmstrom. Chase had a UFO experience in August 1957, and evidence was taken at the time by the Air Force Office of Special Investigations. The incident was classified and placed in a secret Blue Book file. While working with the Condon committee, Chase asked to see the report on his incident and Blue Book replied that it had no information. After the Condon Report was published, the committee’s chief investigator, Roy Craig, was informed by the Air Force that they had located the report of Chase’s incident, but that it remained classified. The Air Force also admitted that they had withheld other classified Blue Book files from the Condon committee.

UFO investigator Raymond Fowler also played a part in the story of the missile shutdowns. Fowler was then working for the Sylvania Corporation and was involved with the electrical systems of the Minute Man Missile System. He was an early warning advisor to Condon and told Craig about the missile incidents. Some years after the Condon report, considered an outrageously obvious whitewash by most UFO believers, was issued, Fowler risked his job by giving an interview to “The Christian Science Monitor” in 1973 about the missile shutdowns. Fowler also belonged to NICAP, the National Investigations Committee on Aerial Phenomena, and was outspoken on many issues related to UFOs.

“Needless to say, the Air Force was very angry about this and denied it all,” Salas said.

After briefly citing other witnesses and testimonies, Salas took up the subject of why the shutdowns may have happened in the first place. UFOs have been watching our wars, he said, beginning with the foo fighters in World War II. Next came sightings at various nuclear installations and reactors, as well as UFOs appearing in Vietnam and over other war zones, to include the appearance of a triangular-shaped object over Camp Slayer in Iraq that “just basically obliterated the sky above them.”

Historically, the Nagasaki and Hiroshima atomic bombs were comparatively small but caused tremendous damage. Currently, the U.S. is believed to have some 10,000 nuclear weapons with up to 1.5 megatons of destructive power. Iran and North Korea can achieve nuclear capability now. Salas said that if the U.S. bombed Syria, it would make it easier later to bomb Iran over its nuclear programs. He also cautioned that the U.S. is risking the progress made in the New Start Treaty as well as running the risk that U.S. intervention will motivate the further proliferation of nuclear weapons in the area.

But nuclear weapons aren’t the only source of radiation problems. Salas warned that we are also “exporting” radiation out there in the universe by way of the radioisotope thermal generators in our satellites and spacecraft. Other troublesome sources include the Fukushima disaster, a fire near the Los Alamos Nuclear Facility, flooding near a Nebraska reactor, and the Chernobyl meltdown in 1986. In the latter incident, the Russian newspaper “Pravda” reported that UFOs were seen in the area before and after the event.

Salas believes the UFO occupants are sending a clear message: “You are not alone. We also live here. Eliminate your nuclear weapons and nuclear power plants.”

It is worth noting that this same message was often given by the “Space Brothers” to George Adamski and many others among the earliest flying saucer contactees of the 1950s. While the credibility of the contactee movement remains very much in doubt, the continuity of the idea over the past 60 years is perhaps a testimony to its enduring relevance.

Salas used the term “International UFO Cabal” to describe the organization behind the worldwide cover-up, whose rationale goes like this: Since UFOs and their occupants are capable of phenomenal feats that we cannot control nor defend against, we are therefore unable to protect our citizens from the phenomenon, which would result in a loss of confidence in government and our national security, thereby promoting a citizens’ panic and unwanted major changes in the established order. Therefore, there is no practical reason to verify the existence of UFOs. It would instead be in our best interest to evaluate these objects in secrecy in order to obtain and analyze their advanced technology for our own purposes.

Salas said that such an organization would require a variety of functions, such as financial, facilities/equipment, artifact retrieval operations, foreign operations/liaisons, analyses, evaluation, security operations, interpretation, integration and industry liaison. The cabal has access to the real facts, operates under a safe umbrella of extreme government secrecy, and its efforts to promote public ridicule of the phenomenon and the spread of disinformation have been effective.

But those fighting for disclosure have made some gains, Salas continued. There have been significant UFO incidents, supported by multiple witnesses and other evidence, which have captured public interest. More credible witnesses are speaking out, to include press conferences held sporadically in Washington, D.C., throughout the years since 2001.

And what is the logic that dictates that disclosure would be a good thing for humanity? Salas displayed a slide which read:

· “The advanced science that the UFO phenomenon brings impacts our lives and our future.

· “ET has specific objectives regarding humanity, therefore it is the people’s business to deal with the ET presence.

· “Extreme secrecy in government is progressively corruptive and has a significant impact on our democracy.”

He went on to list things that are counterproductive and productive to disclosure. On the counterproductive side of the table are things like the focus or promotion of lights in the sky, photographs, unverifiable rumor, innuendo and conjecture, and falling into the disinformation trap. It would be much more productive, Salas said, to focus on and promote credible cases and witnesses, while also requiring an accountability for witnesses and their statements, more and better collaboration, accurately informing the public through various media, encouraging more witnesses to come forward, formulating cohesive hypotheses from credible testimonies, and engaging the public, media and elected officials in the discussion of this reality.

After making his case for the cover-up and possible future disclosure, Salas told the story of another personal encounter with the UFO occupants. In 1985, when he lived with his wife Marilyn and their two children in Manhattan Beach, California, he saw a blue light emanating from the living room as he lay in bed. It was an unusual shade of blue and was glowing. He woke up his wife and she also saw the blue light. Salas tried to get up to investigate but suddenly realized he was unable to move.

“I remember fighting very hard to get my mobility back,” he recounted. “I couldn’t move anything. I couldn’t move my arms, my legs. I fought and fought. I fought because I had two small kids in the house and, of course, my wife.”

He tried to get Marilyn to help him but she was now unconscious. He saw someone in the doorway that appeared to be wearing a hood and had no discernible face. He next floated off the bed toward the locked bedroom window, which he felt certain they would be unable to unlock. Nevertheless, he went through the window in an upright position and was taken onboard a craft. He was shown a needle, eight to twelve inches in length, which was inserted into one of his testicles in order to collect semen. The pain was excruciating, and when Salas complained to his abductors, the pain suddenly ceased. This was followed by a physical checkup in which his back seemed to be of primary interest. He next remembers moving through a curved hallway and seeing a bright light before suddenly finding himself back in his bed.

Salas at first had no conscious recall of most of what happened that night. He was able to piece together the experience after working with three different hypnotherapists. A couple of weeks after his abduction, while it was still submerged in his memory, he recalls working in his yard and thinking to himself, I’ve been in space.

There are other elements in the aftermath of the experience that feel more like a dream or a vision to Salas. He recalls a large, black, oval, glassy eye with a rim around it; Marilyn in a large room being trained and “working” on a large metal box; a large tabletop screen with some sort of plan for Earth, activities and locations; and a doctor dressed in black who looks into a box containing instruments.

The experience continues to be very real for Salas and he does not doubt that it actually happened. He said he was speaking about it publicly because he thinks it is important to take alien abduction seriously.

Citing cases like that of abductee Betty Andreasson Luca and her visit to see an apparently high-ranking alien called “The One,” an experience also reported by a representative of a UFO group in Peru, Salas said, “We cannot simply exclude or limit the extent of what we call paranormal. We can’t exclude anything in this area. It’s a very complex area. I mean, the whole UFO phenomenon is very complex.”

Before concluding his lecture at the September CERO meeting, Salas had some final stories that could imply his own possible contacts with the UFO Cabal.

In 1969, when Salas was working on his bachelor’s degree in engineering at Wright-Patterson Air Force Base (which he said he could have easily done at Malmstrom AFB in Montana, expressing puzzlement as to why he was sent to Wright-Patterson to begin with), he was ordered to visit the base psychiatrist’s office. Wright-Patterson was the headquarters for Project Blue Book and is rumored to house the bodies of dead aliens and the debris from the Roswell crash.

In any case, Salas reported as ordered, but refused to go into the office unless the psychiatrist would come out and explain to him why he had been summoned. He was never informed of the reason for the required visit, but was finally told he did not have to submit to an interview. He now feels it may have been an attempt to get a psychiatric visit on his military records because of his prior experiences with UFOs, or it may have been part of the process for recruiting him into the UFO Cabal.

While on a commercial flight in 1972, after he had left the Air Force, Salas met a former Air Force classmate who said, “You’ll never guess what I’ve been flying.”

“And I told him,” Salas recalled, “just joking, I said, ‘UFOs?’ He turned white as a sheet and whispered in my ear and said, ‘MiGs.’”

Salas explained that the Air Technical Intelligence Center was organized at the end of World War II to study MiG technology, the Russian aircraft. But MiG was also a code word for UFOs used in Blue Book. Salas never saw or heard from his former classmate again, but he believes their “chance meeting” was indicative of the fact that the Air Force was experimenting with UFO-related technology and may have been another attempt by the Cabal to reach out to him.

But however massive and deeply entrenched the UFO Cabal is, we must fight against it, Salas urged.

“I believe that the truth cannot be suppressed indefinitely,” he said.

[Robert Salas is the author of “Faded Giant,” with James Klotz, and “Unidentified: The UFO Phenomenon.” Some of the details in “Faded Giant” turned out to be incorrect and are clarified in “Unidentified,” but the basic story remains the same.

Sean Casteel and John Weigle are the co-authors, along with Timothy Beckley, of the book “Disclosure! Breaking Through The Barrier Of Global UFO Secrecy.” To read more by Sean Casteel, visit his website at www.seancasteel.com]