UFODigest.com » Aliens and UFOs » Robots and UFOs – Are They Machines From Elsewhere? 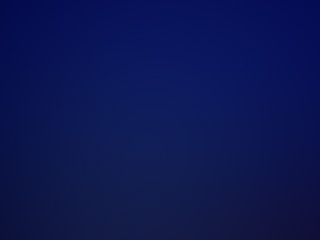 In 1920, when Karel Capek wrote the three-act play R.U.R. (Rossum’s Universal Robots) he probably didn’t realize he would be changing humanity’s conception of what it is to be alive for generations to come, much less had the word “robot” to the world’s collective glossary. Derived from the Slavic term “robota”, meaning the work done by an indentured servant, robots have gone on to become a staple of science-fiction. We take their functions and existence for granted, with our own efforts at robotics ranging from industrial mechanical arms to the new wave of lovely Japanese automata. According to our age group, we look back fondly at either Robbie the Robot or Artoo-Detoo and See-Threepio. Perhaps some even remember seeing the graceful “María” making her appearance for the first time in Fritz Lang’s Metropolis.

Only a year after “R.U.R.” appeared on the stage, French director André Deed created one of the first science-fiction movies involving robots: L’uomo Meccanico (The Mechanical Man), depicting a giant humanoid robot created for criminal purposes, but who is checked by another equally sizeable machine, settling their differences inside an Italian opera house. These original “rock’em-sock’em robots” showed audiences that the mechanical men, while emotionless, could serve the cause of good as well as evil.

In an article for SAGA UFO Report (UFO Annual, 1975), Otto Binder wrote: “[Robots represent] a rather rare category of UFOnauts, but one that cannot be ignored. Witnesses often describe these creatures as having stiff movements and also having angular lines quite unlike living human beings. These strange entities range from the uncanny to the eerie.” He goes on to add: “We can logically assume that some worlds do not send their living explorers to Earth, but use robots somewhat like the Russian mobile vehicle on the Moon. But apparently the aliens have perfected observation vehicles in the form of living creatures.” Binder refers to the automated Lunakhod probe, but a more updated example would be our own Curiosity rover on Mars, about to engage on a study of the red planet in 2012.

UFO encounter reports from the late 1960’s and the early to mid-1970’s often described encounters with robotic entities emerging from UFOs or conducting their activities in areas where UFO activity was common. Researchers at the time conceded that organic ufonauts could, on occasion, entrust certain missions to mechanical creations much in the same way that our planet’s space programs launch unmanned probes to destinations within the solar system. The robotic alien, for want of a better term, became one of the four or five “recognized and accepted” types of possible UFO occupant.

Did robots from another planet visit Avon, Connecticut in September 1967? Police officers found themselves responding to frightened calls from the public involving a “shiny-suited robot” in the vicinity of Talcott Mountain. The seemingly mechanical entity appeared to be engaged in some sort of frantic semaphore, trying to stop drivers along Route 44. Descriptions of the entity coincided in aspects such as a cowl or helmet that completely enshrouded the figure’s features, and its stiff movements as it wobbled on the road’s shoulder, trying to stop traffic. Police officers reported to the scene, but were unable to find any trace of the intruder.

In February 1981, Luis Dominguez, proprietor of small food and beverage concern in the village of Fuentecén in Spain had a brush with the unknown that led him to believe that ‘robots” of unknown provenance had visited his small community.

Between 2:00 and 3:00 a.m. on February 13 of that year, Dominguez had closed down his business and was heading home when two red lights caught his attention. Thinking it might be the taillights of car being used to commit burglaries in the wee hours of the morning, he headed in their direction, hoping to take the law into his own hands, but the would-be vigilante was floored by what happened next: the “taillights” rose into the air, made an odd twisting turn to the right, and landed elsewhere in the countryside. By his own admission, the unnatural sight made him break out in goosebumps.

Speeding back home, from where the red lights were still visible, Dominguez, his wife and son watched nervously as the lights engaged in a variety of movements, some of the undulating. Most spectacular of all was a sudden flash or beam of white light fired from the source of the two red ones, illuminating all the homes of Fuentecén as if by a giant klieg lamp.

It was then that Dominguez heard his dog bark. The family pet, ominously named “Satán”, was outside the house barking at an object near to fence that encircled the property. Dominguez realized described it as a box-like contraption resembling a washing machine or small refrigerator, taller than the fence by a few inches. It had neither head nor appendages.

The curious object disappeared when Dominguez armed himself with courage and a flashlight and stepped outside for a closer look. However, he made a startling remark to J.J. Benítez: “the dog would bark at it and the object, from the very edge of the fence, would answer it with a very slow “bark” that was slower and muted. It may seem ridiculous, but I swear it’s true. We got the sensation that the thing was imitating our dog.”

The following day, while returning from school, Jose Francisco Dominguez excitedly told his father that a patch of burned vegetation was now in evidence at the site where the red “taillights” had been seen the night before: in fact, a patch measuring some five square meters of desiccated–rather than burned –grass was found in a field. The case attracted the interest of a number of local newspapers, which in turn prompted government ministries to take an interest in it. Subsequent analysis revealed no traces of radiation at the site.

Willy Rodriguez was an avid fisherman who enjoyed practicing the sport in the waters of the Esla River, not far from the monastery of Santa María de Moreruela in the Spanish province of Zamora. During the quiet hours of an early morning in the spring of 1974, Rodríguez’s two dogs began to bark furiously for no reason. Chiding his animals for spooking away the fish, the man later became aware of a bizarre figure, standing over six feet tall, with its arms held closely to the sides of its body, “like a soldier”, according to his description. In the sunlight, the strange entity looked as though it had been made of silver. Once recovered from the shock, he ordered his dogs to attack the strange metallic form, which simply glided away toward a nearby hill, and then vanished.

While may have questioned his claim, Rodriguez is adamant that the silvery presence he saw in the spring of 1974 “wasn’t a person – it was artificial. I think it was a sort of robot that came out of a flying saucer and answered to its commands,” he told Iker Jiménez and viewers of the Cuarto Milenio television program.

Spain’s own Antonio Ribera made a significant caveat when it came to cases involving humanoid occupants: “We must not exclude the hypothesis of biological robots created by an extremely advanced Science. Such robots would bear no resemblance to the crude robots of our science-fiction, full of nuts and bolts and electronic cells, but would be actual living being.” (FSR, “The Landing at Villares del Saz”). This dovetails, interestingly enough, with the physical appearance robots presented by Karel Capek’s “R.U.R.” – human looking in every way, and capable of emotion.