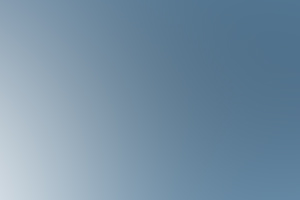 Sleep-learning, or presenting information to a sleeping person by playing a sound recording has not been very useful. Researchers have determined that learning during sleep is “impractical and probably impossible.” But what about daydream learning?

A recent study published in the journal Neuron used sophisticated perceptual masking, computational modeling, and neuroimaging to show that instrumental learning can occur in the human brain without conscious processing of contextual cues. Dr. Mathias Pessiglione from the Wellcome Trust Centre for Neuroimaging at the University College London reported: “We conclude that, even without conscious processing of contextual cues, our brain can learn their reward value and use them to provide a bias on decision making.” (“Subliminal Learning Demonstrated In Human Brain,” ScienceDaily, Aug. 28, 2008)

“By restricting the amount of time that the clues were displayed to study participants, they ensured that the brain’s conscious vision system could not process the information. Indeed, when shown the cues after the study, participants did not recall having seen any of them before. Brain scans of participants showed that the cues did not activate the brain’s main processing centers, but rather the striatum, which is presumed to employ machine-learning algorithms to solve problems.”

“When you become aware of the associations between the cues and the outcomes, you amplify the phenomenon,” Pessiglione said. “You make better choices.” (Alexis Madrigal, “Humans Can Learn from Subliminal Cues Alone,” Wired, August 27, 2008)

What better place for daydream learning than the Cloud? Cloud computing refers to resources and applications that are available from any Internet connected device.

The Cloud is also collectively associated with the “technological singularity” (popularized by science fiction writer Vernor Vinge) or the future appearance of greater-than-human super intelligence through technology. The singularity will surpass the human mind, be unstoppable, and increase human awareness.

“Could the Internet ‘wake up’? And if so, what sorts of thoughts would it think? And would it be friend or foe?

“Neuroscientist Christof Koch believes we may soon find out — indeed, the complexity of the Web may have already surpassed that of the human brain. In his book ‘Consciousness: Confessions of a Romantic Reductionist,’ published earlier this year, he makes a rough calculation: Take the number of computers on the planet — several billion — and multiply by the number of transistors in each machine — hundreds of millions — and you get about a billion billion, written more elegantly as 10^18. That’s a thousand times larger than the number of synapses in the human brain (about 10^15).”

In an interview, Koch, who taught at Caltech and is now chief scientific officer at the Allen Institute for Brain Science in Seattle, noted that the kinds of connections that wire together the Internet — its “architecture” — are very different from the synaptic connections in our brains, “but certainly by any measure it’s a very, very complex system. Could it be conscious? In principle, yes it can.” (Dan Falk, “Could the Internet Ever ‘Wake Up’? And would that be such a bad thing?” Slate, Sept. 20, 2012)

There has been some speculation about what it would take to bring down the Internet. According to most authorities, there is no Internet kill switch, regardless of what some organizations may claim. Parts of the net do go down from time-to-time, making it inaccessible for some — albeit temporarily. “Eventually the information will route around the dead spots and bring you back in,” said IT expert Dewayne Hendricks.

“The Internet works like the Borg Collective of Star Trek — it’s basically a kind of hive mind,” he adds. Essentially, because it’s in everybody’s best interest to keep the Internet up and running, there’s a constant effort to patch and repair any problems. “It’s like trying to defeat the Borg — a system that’s massively distributed, decentralized, and redundant.”

“Pausing for a moment to reflect, Hendricks closed our conversation by saying, ‘The only way to bring down the Internet is to get rid of all the people.’” (George Dvorsky, “Could someone really destroy the whole Internet?” io9.com, Sep 19, 2012)

The Cloud has outwardly surpassed the human mind and is unstoppable. But can it boost human responsiveness? The Vertical Browser Autosurfing Player is the result of over 5 years of research in daydream learning. It employs a large screen monitor to absolutely flood a participant with subliminal learning events from the Internet.

(The Autosurfing try-out is at http://www.verticalbrowser.com) Participants pre-select the subject matter they wish to be exposed to and can be working or resting during the non-stop experience.

Never before has information been available in such large capacity and at such high speeds. What once took weeks of library research can today be accomplished in a matter of minutes. But how much captured data is actually being used?

“While companies are gathering all manner and volume of data — structured and unstructured, terabytes and petabytes — when it comes to getting insights from that data to the frontlines, where insights really matter, many organizations are losing their way.

“Having insights flow to the front-line is more about having a data-aligned culture than overcoming some sort of technology barrier — it requires an organizational mindset that can nurture data’s metamorphosis from insight to value.” (Renee Boucher Ferguson, “Data Analytics and the Information Transfer Gap,” MIT Sloan Management Review, Sept 21, 2012)

Autosurfing is an innovative way of bringing information to the front line. By using “daydream learning” to disseminate information and make better choices, the Cloud may in fact boost a participant’s rate of learning.