UFODigest.com » Aliens and UFOs » SPIRIT MIMICS OR VISITORS FROM OTHER DIMENSIONS? – PART II 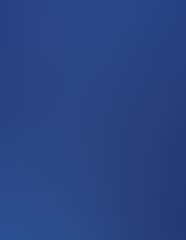 If you missed Part I of this article cllick here.

Gary said that he was driving back to Redlands,  California.

Both of the lumberjacks nodded in unison.  The one who had  not yet spoken said, That’s nice.  That’s a nice drive.  You will enjoy it.

Gary could not shake the feeling that he had walked into  an automated display at Disneyland or some other amusement  park.

None of the people in the place looked quite real,î he  said.  ìIf I would have really thought about it at the  time, it probably would have freaked me out.

The All-American Mom asked him what he liked to eat.

Gary said that he had not stopped to eat, just to get some  gas, thank you.

But what kind of foods do you like to eat?, she  persisted.

Gary chuckled and was about to ask if she was doing a  survey, but he indulged her and named a few of his  favorite foods.

One of the lumberjacks expressed his opinion. ìThose are  nice foods.

Do you live in a house or an apartment?, the other  woodsman asked.

Gary was increasingly becoming uneasy.  Really, í’ve got  to get going, he said, I’m running a bit behind on my  schedule.

Who gives you a schedule?, the station owner asked.  Does the government, the ruling class, give you a  schedule?

That did it for Gary.  He was becoming really  uncomfortable with the entire set-up.  Everyone in the  station seemed to be automatons made of plastic or some  other life-like covering.  Their voices seemed  pre-recorded. The kid looking at the comic books never moved from his  seat, but his arm kept flipping back and forth, back and  forth over what seemed to be the same pages.

Gary found himself staring at the boy’s arm, and for a few  seconds he felt as though he were losing consciousness, as  if he were going to faint or go into trance.

Gary literally bolted for the door and ran for his car.  I was completely creeped out.  I didn’t really feel  physically threatened,  but there was definitely something  not right about that gas station.

And then, Gary added the truly weird part, the part that  he doesn’t really expect anyone to believe:

When I drove by the place about a month later, there was  no gas station there.  Nothing.  And it looked as though  there never had been.  I knew exactly where I had been.  I  had taken note of all the highway and road markers.  I  drove to a number of small towns in the area and asked  about the old gas station at such-and-such a spot, and  everyone consistently denied that there had ever been a  gas station at that location.

We wrote to Gary asked what he thought the meaning of his  eerie experience might be since he had had a few months to  think it over.

I believe that I had stopped at some kind of  extraterrestrial or multidimensional testing or  examination decoy,, he said.  You know, just like a duck  hunter will set up a blind and put out a bunch of decoys  on the pond to lure in the real ducks.  I think that I was  a specimen, one of the human species, who entered the  little replica of a gas station that they had created in  order for them to study human responses, reactions,  emotions, and so forth.  Their replica of a gas station  was a bit dated, however.  If I hadn’t been a man in my  60s who was drawn by nostalgia to stop at the place, they  might have sat there quite a while before any specimen  stopped for analysis.  On the other hand, I have to  consider an alternate to the above statement and consider  that they drew their replica from my memories.  I am not  an egotist by any means, but as I think back on the  encounter, it was obvious that the charade was all about  me–or at least my kind.

Do the Spirit Mimics, the Multidimensional Beings, the  Extraterrestrials, the Fallen Angels, the Ahrimanes, the  Jinn walk among us?  Do they strive to enlist humans into  their cause?

Since the beginning of time, the Fallen Angels and the  Cadodaemons of Ahrimanes have possessed the vulnerable and  the weak and deceived them with the promise of becoming  like unto gods.  These multidimensional shape-shifters  have always been devoted to their goal of capturing our  soul energy.

The only effective protection against such creatures of  darkness is–and has always been–to choose to serve the  Light.  Since humankind has been blessed with free will,  each individual has the gift of choice.  There comes that  moment in nearly everyone’s life when he or she must make  the choice between creeping stealthily in the shadows or  walking openly in the Light.  When we choose to walk in  the Light as free spirits, we are able to see clearly the  path that lies ahead and discern any pitfalls that may  loom before us.