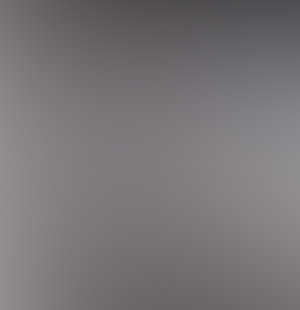 On July 20, 1969, NASA’s Lunar Module (Eagle) touched down on the surface of our moon and astronaut, Neil Armstrong took one small step for man and one giant leap for mankind. Television anchor, Walter Cronkite kept Americans informed of the latest mission developments as human beings, for the first time ever, walked on the surface of a celestial body other than Earth.

But did it really happen the way we’ve been led to believe? Does the photographic record of NASA’s Apollo Program represent the truth? Did men visit the lunar surface, scoop up moon rocks, and return to Earth with those trophies?

Authors Mary Bennett and David S. Percy, in their book “Dark Moon: Apollo and the Whistle-Blowers” convincingly explain the theory that NASA faked the moon landings throughout the Apollo program because they didn’t want the public to see what was really happening on the lunar surface. They also contend that NASA had serious challenges with escaping the earth’s radiation belts and, to this day, still do. This particular obstacle has precluded manned, deep space missions from taking place and was the real reason the space shuttle missions were designed. According to Bennett and Percy, NASA’s been trying to solve the radiation problems for years during shuttle missions.

Bennett and Percy believe that the United States did manage to successfully send two astronauts to the moon that unfortunately died from radiation poisoning before completing the journey back to earth. That mission was performed in private while the faked Apollo missions were filmed in studios and later broadcast as if they were live television feeds coming from the moon. The authors say that even the people working at mission control believed the Apollo transmissions were coming from the moon. Only a few people knew the truth.

Some of the alternative theories that challenge NASA’s historical record have been addressed by the space agency. NASA officials claim that when the astronauts visited the moon, they left reflective mirrors near the landing sites and that scientists on earth have been bouncing lasers off those mirrors for 43 years.

Bennett and Percy argue that the reflective mirrors only prove that someone went to the moon. They don’t prove Apollo delivered the astronauts to the lunar surface.

In July, 2009, NASA released photographs of the supposed landing sites for each of the Apollo missions that were taken by the Lunar Reconnaissance Orbiter. Critics, that have viewed the photos, claim the images could have been digitally edited. The photos, unfortunately, have poor resolution making it hard to view important details that would positively identify the remaining portions of the lunar module’s descent stage. Critics have also questioned why NASA, with its highly sophisticated cameras, hasn’t produced close-ups of the landing sites.

In 1994, NASA’s Clementine spacecraft photographed the entire surface of the moon and, in doing so, discovered what appeared to be large artificial buildings on the lunar surface. These photographs appeared to be obfuscated by sophisticated techniques but the artificial structures were still positively identified by Steve Skipper and published on his website, www.marsanomalyresearch.com.

After looking at the obfuscated lunar pictures from Clementine, it’s hard for some people to trust the integrity of the photos, offered by NASA, showing the Apollo landing sites.

It’s hard to imagine that a government agency might not have been completely transparent when discussing the Apollo program with its citizens. Of course many Americans don’t buy into any conspiracy theories whatsoever. To do so would be much too painful for them. Only NASA knows for sure what transpired 43 years ago. Was it, in fact, a giant leap for mankind or just a giant lie?