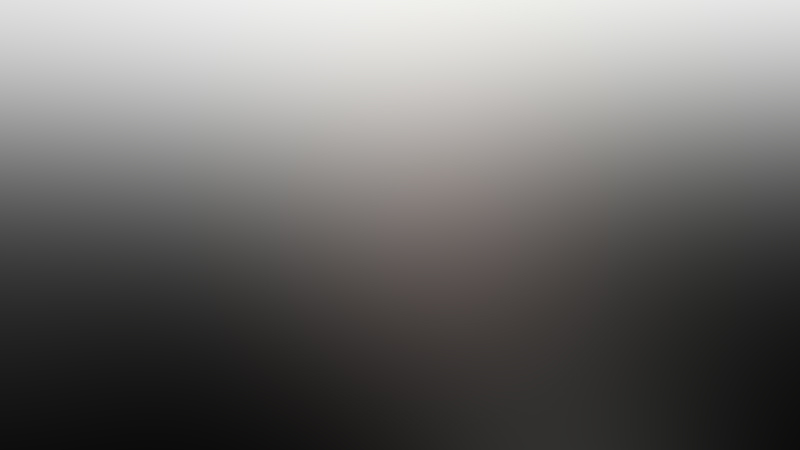 The case I am going to discuss below has had to wait over twenty years before coming to light. Its protagonist, F.A. (we can only provide his initials at his own request) is a professor of Beaux Arts in the city of Mérida and at no time agreed to have anything published until the day he died.

F.A., who was 46 years old at the time, was in the company of two young students – 16 and 17 respectively – at ten o’clock in the morning of Saturday, 25 December 1976 only a few kilometers away from the city of Mérida near the Madrid-Cáceres railroad tracks. It was then that they became aware of a “strange patch of fog.”

The area consisted of a rectangle measuring some one hundred meters long by two meters tall at its center, although less high along its edges. It was located between some olive trees. The witnesses were engaged in illegal bird hunting using compressed air rifles. Upon seeing it, they were startled to see the “fog bank” moving toward them. Before they knew it, they were enveloped in it. It was so dense that they grew frightened, because they were almost unable to see each other despite their close proximity. They tried to move out of it, and moments later the “fog” abandoned them, the day becoming sunny once more. They continued hunting, remarking on the strangeness of the unusual phenomenon until noon, when the main witness asked the two young men to return home, as he was going to stay behind a little more.

He continued to walk until he sat on the ground beside a tree, feeling tired, rifle in hand. Moments later, he fell into a deep slumber.

At a given moment he half-opened his eyes, finding himself surrounded by a great darkness. He felt so tired, however, that he kept sleeping. This situation was abruptly interrupted when he felt a sharp pain on his left shoulder. He opened his eyes suddenly, seeing that it was nearly nighttime. He didn’t even have a chance to find out what the time was, since as a consequence of the pain he glanced to his left arm and was horrified to find a sort of “tentacle” holding him down. He tried to react, wondering if it was all a nightmare, making sure that he was resting against the same tree and unable to understand how night had fallen so quickly. He was then able to ascertain that something was in fact fastened around his arm. In self-defense, he tried to reach a nearby wire fence to hold on to and free himself from the “tentacle”. He let go of the rifle and touched the “thing” with his right hand, noting that it had a spongy feel to it. He had barely moved a few meters when he noticed a source of light to his right. When he looked, he saw it emanated from a dark, egg-shaped form resting on its side. The light revealed the outline of a slender “person”. Thoughts raced through his head; fear caused him to feel the hammering of blood at his temples and a sharp pain in his chest which caused him to black out.

When he came to, everything was confusion. He was in a broad room or apartment, lying on a stretcher or something similar. The first thing he saw was a lamp or something similar measuring two meters in diameter that issued a powerful white light. He rose slightly to have a better look, thinking it was a hospital room. He found himself surrounded by devices and lights with an ideal temperature and in absolute silence. A sort of compass attracted his attention, but it wasn’t a compass exactly, with numbers and signs unknown to him. The sound of voices with intervals of noise issued from the device, speaking in an unknown language. It seemed to give and receive orders at the same time. When it grew silent, a series of colored lights began turning on and off, some of the colors so unusual that they were hard to define, despite his command of artistic drawing.

He remained on the stretcher until he decided to get someone’s attention, which he repeated on several occasions. Moments later he heard a rather confused voice in Spanish saying: “…very easy now, we’ll look in on you shortly, don’t be frightened, easy now…” Silence reigned in the room for another eight to ten minutes, when a sliding door opened, allowing the entry of three individuals the witness took to be physicians. When they approached, he was stunned. Their appearance was so strange that he immediately realized the situation was abnormal and he was not in a hospital. Although he had never believed in it, laughing at those who told such stories, he was only able to think that he was aboard some sort of craft, and grew nervous thinking about what the ultimate outcome would be. The three beings were identical and approached him kindly. Only one of them, in fact, the nearest one, did the talking. They touched his forehead, face and part of his chest, took his pulse, applied a device connected to one of the walls on his chest. It was a very heavy object with a tiny screen looking toward him.

Following the examination, there was a mutual exchange of questions between the witness and the three beings. The questions ranged from the cause of their behavior toward Mr. F.A. to his behavior toward this captors, their possible origin, etc.

Some of these questions were not answered due to the intervention of the compass-like machine. At no time did the other two beings play a part in the conversation, acting as mere witnesses. They told him that from this moment onward, they would be able to contact him at any time, as they had placed “something” in his body to facilitate this task. Then something strange happened.

All of the lights went out, leaving the scene in darkness. Everything returned to normal shortly after. He was told that something had flown over them and it was necessary to “silence” their presence. He was then told that since he had recovered from the cause of his blackout (a heart attack), he could return outside once more. They accompanied him outside, and he was once again startled by the darkness of the surrounding countryside. As he moved away from the object, it began rising slightly from its horizontal position, like an egg resting on its side, to immediately become diagonal within four meters, taking off until it could only be seen as a dark spot that suddenly became bright, vanishing from view.

During this process, he only heard a sound similar to the buzzing of honeybees.

When he started to become aware of where he was, he found it was not far from where he’d fallen asleep. He tried to check the time, but the wristwatch had stopped, so he stumbled his way toward Mérida. Daylight was dawning by the time he reached his home. Relatives, alarmed by his disappearance, chided him for not advising them of his intention to return so late. When told the time, he deduced that he must have left the object around seven in the morning. Stunned and not listening to his relatives, and without eating breakfast, he said he was very tired and decided to lie down. He slept deeply and was awakened for lunch around two o’clock. Upon standing up, he screamed and fell to the ground. Seeing his condition, his family took him to the hospital, where it was believed he’d had an attack of gout. Subsequent examinations revealed a cardiac weakness and he was rushed to the city of Badajoz. After this stay, it was necessary to send him to the Puerta de Hierro Clinic in Madrid, where he was admitted with an abnormal clinical picture, falling into a coma and regaining sudden normality three days later. During the five subsequent years, and after having been placed on total disability, the source of his frequent and strange ailments was never determined.

During one of F.A.’s various stays in the Puerta de Hierro Clinic, it occurred that an x-ray of his right shoulder revealed the presence of a spherical shape that was classified as a “foreign body”.

“Dr. Y told me that they were going to extirpate it. The next morning, upon repeating the x-ray before the operation, the object had gone. The doctor ordered another x-ray, which he did himself, confirming the negative result of the preceding one. The object had mysteriously vanished. They had better luck with the big toe on my right foot, from which they extracted a small object like a pellet. They ask me if I knew where it came from. I said I didn’t. Then two gentlemen showed up and took it away, very surprised.”

F.A. also showed signs of radioactive contamination. Despite its low level, the witness was never able to explain its origin. During repeated examinations performed at the clinic, he was asked on several occasions about the possible cause of his maladies. F.A. never mentioned a thing about his incident.

“Today I’ve received three whistling sounds,” F.A. went on, “and that’s why I phoned you. During the first appointment, whenever I tried to tell you something I got a whistle. I know you left feeling disappointed, and probably thought ill of me. Now you know why. They told me that their craft was only to come here. They hailed from a bigger one, whose size and volume would blank out the sun. It was endowed with great speed. They are run by what we call computers and operate by thought. These machines make corrections and give advice. According to those beings, it would take us 50 years to reach their world. It would only take them a few hours. Inside the object they showed me a series of plants they had obtained through mixtures with other to promote their vitamin potential.”

“What looked like a compass – they said – had full control over the ship, to the point that it could self-destruct the vessel if a warlike decision was made. Before taking off, when the blackout occurred, they explained to me that there were objects in their path. When they took off, they turned on their lights and got in motion. What they knew of our language had been gleaned from radio stations.”

Logically, I asked them: “Why don’t you teach Earth people what you know?”