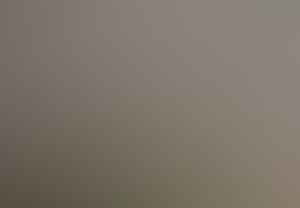 When partners of the United Nations and the U.S. Congress asked leading technology experts to estimate the standing of global computer security, the answer was unsatisfactory: There is none. No expert could guarantee 100% secrecy for online computing systems.

In fact, keeping sensitive information on a computer system with 250 well-known ports and communications endpoint protocols might not be the most prudent thing to do –– like a cake left out in the rain. Where then, should governments hide their most sensitive information? Perhaps in the bottom of a pyramid tomb. But even then, the touchy information might get uncovered after a few thousand years of excavation.

The general public is still largely uninformed about what has come to be called hacking and malware. The media constantly plays up the importance of password protection and virus detection. A money-spinning digital security industry has grown up like a Goliath. Nowadays, even to view the most trifling gossip content, you are required to “login” with your personal details. Someone wants to sell you something –– or maybe not, just watching you.

The recent appearance of “Anonymous,” a group of hackers wearing Guy Fawkes masks that carries out cyber attacks on governments and large companies threatens the protection of sensitive information. WikiLeaks’ charismatic leader Julian Assange and computer hacker Gary McKinnon (accused of hacking into U.S. military and NASA systems) were all the rage. In all of his interviews, McKinnon talked about two UFO related finds.

Anonymous’ true name, it could be argued, is Admin Admin. They are the username and password that come as “factory settings” on many Internet devices. Since many users don’t ever bother to change them, they allow hackers to go into their router systems with the well-known unsigned terms.

“Google has mapped every Wi-Fi router in every residence and business in Britain, according to the Daily Telegraph. This news is a result of an investigation in Germany earlier this month that uncovered that the company had downloaded emails and other personal information.

“Using the Google Street View cars, Google explained it had intended to download what it called public information, such as MAC and SSID numbers. It has since pulled all of its Street View vehicles off the streets. But the mapping of Britain’s routers has already been completed.

“Google’s collection of personal data has resulted in an inquiry in Germany and a lawsuit in the U.S. state of Oregon.” (Curt Hopkins, “Google Has Mapped Every Router in Britain,” readwrite.com May 30, 2010)

An all-purpose word of warning is to change your password as often as possible.  Compulsive password changing may become a new eccentricity that replaces compulsive hand washing of previous times.

When aunt Betty first entered personal computing, she dreamt of designing her own furniture and home interiors. But instead, she spent most of her times buying and downloading dicey malware detectors. She finally learned nothing beyond the use of simple email. When private accountant Bob bought into personal computing, he wanted to do scientific analysis and graphics. But he wasted valuable time tending to costly virus scans, and never really learned the use of digital spreadsheets or graphic animators. How true?

Most malware detectors are clever nag screens. If you ignore the firewall warning and disable the nag screen, you are held responsible. Yet, with such a robust billion-dollar global security industry, why do the leading experts say that digital computer secrecy is a myth? Because the very ideas of security and “a step into the breach” are purely human moral acts that have nothing to do with computer programs.

Today, there are millions-upon-millions of websites published on the Internet. They all require trusty Administrators that could easily step into the breach. Their very job is to switch to any user’s identity and check random emails and previous messages. Illegal, you suppose? Not so. If you observe the “privacy policy” that websites are required to have, you will see your personal information (beyond name and email address) can be known but “not shared” with others.

Okay? Like an attorney-client agreement or a doctor-patient relationship, your network Admins might know your personal secrets but they promise not to tell. Because their everyday job is to inspect suspicious text strings for spam or sneaky escape codes that could cause servers to crash. By reading this, you agree, don’t you?

Have department store rules brought down our constitutional rights of privacy? The technological contest to become Orwell’s next Big Brother has given confidence to sociopath narcissists. A once informal corporate motto “Don’t be evil” is nowadays interpreted as “Do what thou wilt.”

In 2011, Google Inc. agreed to pay $500 million to settle a federal investigation into the Internet search leader’s distribution of online ads from Canadian pharmacies that were illegally selling prescription and non-prescription drugs to American consumers.

Google bashfully emerged as the “King of Malware.” It now blocks about 9,500 websites every day (which, among other things, illegally sell prescription drugs) as part of its new “self-appointed” antiphishing and antimalware detection capabilities.

Some critics argue that blocking one’s favourite websites or own personal documents is just as malicious as stealing one’s personal information. Web blocking could serve an unfair agenda beyond merely shielding the end-user experience.

Why is the general community still so uniformed about hacking and malware? The “technological singularity” is predicted to occur when computers become more intelligent that humans. Science fiction writers have almost crazily pondered on the possibility of immortality drugs, biological organ regeneration, and nano-scale robotics that the singularity will bring in. But the first and most important phase of the technological singularity will be the winning of the global economy. None of the above-mentioned scientific breakthroughs can ever happen unless this comes first.

The technological singularity will be part of a “transhuman” or human / machine relationship, so that a human avatar will always be in close proximity to explain to us the functions and objectives of the singularity. We won’t be left in the dark. When technological computers (and not customary bankster charlatans) scientifically determine global interest rates, the singularity will initiate. Known Wall Street criminals will be locked out of the new digital economic system, much in the vein of malware blocking programs.

The old paradigm of a central power base or core authority will no longer work when dealing with the technological singularity. Instead, the idea of a group mind or “hive mentality” is splendidly serving as a business model. The policy of an organization can provisionally shift from the founder of the business on one day, to a company chauffeur on the next, depending on circumstances. The weight of academic authority can transmit from a lab professor at one time, to a field worker on another if certain conditions uphold.

“For nothing is hidden except to be made manifest; nor is anything secret except to come to light.”

The new paradigm is like a watercourse that keeps changing but retains its overall impetus while intensifying. For many, the technological singularity is perhaps proof that social equality and a new-enlightened democracy (not a new feudal capitalism) will salvage the economic future of the human dream.