UFODigest.com » Aliens and UFOs » The great Alien Hoax and the UFO community, a highly complex situation 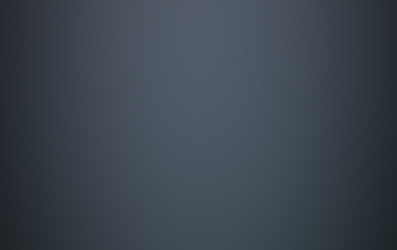 PLEASE READ TILL THE VERY END:

Dedicated to my late dearest mother who, in 1975, informed me that she had unmistakably seen a “flying saucer” that year:

BUT FIRST, PLEASE READ THE FOLLOWING:

There is little doubt in my mind that the U.S. government and the military have been just as perplexed about the UFO phenomenon as the public all these years.
There is also little doubt in my mind that all the while they have also been convinced that the puzzling phenomenon, much to their relief, has never posed any direct national security threat whatsoever.
Under these circumstances, it is also my belief that they have even benefited, strange as it may sound, from a segment of the population’s die-hard belief in the existence of actual, physical UFOs and Aliens.

It is quite possible that that several governmental agencies may even have planted moles in the so-called UFO community, again strange as it may sound, to even promote and encourage beliefs in such.

This may all sound quite contradictory, but this has even led some researchers (including myself) to speculate that the government (or those who influence and may even control our government) could benefit from this kind of belief held by such segment of the public and, in the future, could even develop and utilize technologies that may enable it to even stage a deceptive, artificial “extraterrestrial” threat to create panic (should such needs arise)in order to accelerate an enforced global order of some kind, especially after a series of global political, economic and social crises that many seem to envision.

In 1993 and 1994 I had corresponded with a Canadian journalist by the name of Serge Monast who came out with an allegation that NASA had a futuristic program called PROJECT BLUE BEAM that will be utilized to stage a fake extraterrestrial “crisis” for a global deception through tri-dimensional holographic projections together with advanced mind-control technologies.

In 1993 I came out with a two-hour video entitled SECRETS OF DREAMLAND in which I postulated just such possibilities.

By 1993 a researcher by the name of William “Bill” Cooper also began to embrace this conspiratorial scenario.

Here is a very important clip from the late William “Bill” Cooper:

Besides the late William “Bill” Cooper and myself, here is a partial list of researchers who held or still continue to hold on to this theory:

As you noticed, most of these are not Ufologists but researchers who are largely convinced that the so-called UFO community has beeninfiltrated and duped by governmental agents whose primary goal, again strange as it may sound, is to promote and encourage beliefs inphysical UFOs and Aliens.

My late beloved mother’s incredible testimony of witnessing a “flying saucer” in 1975:

Because of my fear of public ridicule, I have not told this true story publicly before, except to my closest friends.
It is only just recently that I have decided to go ahead and share this with the public.

My beloved mother passed away a few years ago in Yokohama, Japan, at the age of 88.
One of the most fascinating things my mother had ever told me happened one clear, cloudless day in the spring of 1975.

I was at that time living in Phoenix, Arizona.
I remember receiving from her a most interesting letter.
I could see her excitement in that letter.
She wrote to me in that letter saying that about 10 days before, she had distinctively observed a silver, metallic “flying saucer” shaped object (with a dome attached on top) hovering just over a crowded, elevated railway station (Kannai Station) in Yokohama.

It happened in broad daylight, around 11:30 a.m.
She described the object incredibly as a typical, “flying saucer”, just as “flying saucers” have always been depicted in comic books or in Sci-Fi movies.

She said in the letter that it happened while she and her grandson were walking away from the railroad station and walking towards home to Motomachi area.
She felt as if “something had told her” to turn around and look back towards the railway station.
And, Lord behold, right over the station, she sudden saw this shiny, silverish, metallic, typical “flying saucer” (with a dome on top) hovering over.
She immediately pointed to her grandson to turn around and look.
And at that very moment, the object was gone….vanished!

The street was filled with people coming from and going to the railway station.
She was so awe-struck that she didn’t even notice anyone observing the object nor did she scream out and tell anyone near her to look!

My mother had always been skeptical and always used to ridicule my serious interest in “UFOs” or “flying saucers” (as they were called then) ever since my father had told me of his sighting of a strange, greenish “ball of fire” slowly moving over Yokohama bay one summer night in 1947, as he was night-fishing, his favorite hobby of many, many years.
He swore that the object seemed as if it were intelligently controlled or intelligently maneuvering.
He said he had never seen anything like it before.
My father had passed away in 1982.

But getting back to my mother, her amazing sighting totally made her a believer.
Do I believe her sighting?
By all means, yes!
I have the highest respect for my mother and I totally believe what she said in the letter.
I visited my mother a few years later and she confirmed her sighting right to the detail.
There is no doubt in my mind that she did see what she said she saw.
But what do I think the “flying saucer” she saw was?

After more than 45 years of research behind the UFO phenomenon (I started my research in 1961), I have yet to come to any definitive conclusion as to what UFOs are.
Is it a physical phenomenon?….a religious apparition?
I still have no idea.
But I can definitely state that I believe my mother saw a “flying saucer”.

This is why when a group of experienced pilots and several United Airlines employees reported that they had witnessed a metallic, saucer-shaped object hovering over Chicago’s O’Hare International Airport last November in the later afternoon, I truly believe that they did see what they said they saw, i.e., a metallic, saucer-shaped object….and nothing else.
Again, as to what “flying saucers” really are, I haven’t the slighted idea, even after more than 45 years of research.

During my 45 years of research, I have read hundreds and hundreds of sighting reports, anyalyzed hundreds of documents, seen many many alleged footages of sightings, personally experienced a couple or three sightings which I could not readily explain, interviewed hundreds of eyewitnesses (including some so-called “abductees”) and traveled far and wide to many sightings location and places of interest in both Japan and the United States.
(I even visited Mexico, Chile and Argentina).

Surprising as it may sound, after all these personal efforts of many years, I cannot even come close to stating what is behind the UFO phenomena.
It still remains a mystery to me.

However, after all these years, the bottom line in my view is that we have yet to come up with a single, physical, solid, hard, tangible, publicly acknowledged irrefutable evidence whatsoever that we have ever been (or are being) visited by physical (biological) extraterrestrial entities piloting or maneuvering physical extraterrestrial spacecraft of any kind.

That is the bottom line.

I am also simply saying that empirical science as we know it (the only discipline available so far that we can rely on to determine a physical existence of a phenomenon) has not come up with any single, concrete evidence to prove beyond a shadow of doubt that “UFOs” are “nuts-and-bolts” physical craft operated or manipulated and/or occupied by physical (biological) entities from advanced extraterrestrial civilizations.

But having said all this, again here is the big question.
What about the government’s position on all this?
I do believe, as I stated in the beginning, that the government and the military are just as much perplexed about this puzzling phenomenon as the public.
Will there be any disclosure by the government?
Absolutely not, because the government will never be able to explain to the public the non-physical (or many call it the “paranormal”) aspect of this phenomenon.
If there ever will be a disclosure some day, it will only come from those intelligences themselves, if they exist.