UFODigest.com » Paranormal » The Hall of Havoc 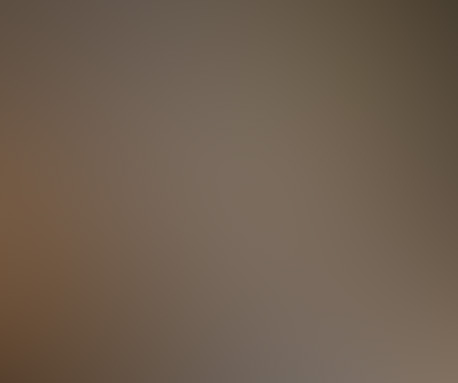 These articles you’ll find in the Hall of Havoc , are  a door to an improvised armory of sorts, .  .   In this area  we will discuss means of self-defense, tools that can be converted to weapons, decorative and functional arms and other hopefully useful precautions you might be able to take in extreme situations.

In the tongue in cheek world of zombie talk some believe, and are preparing for a time of upheaval, at the very least a time of civil unrest, a change in people, one that may threaten all we hold dear.

Whether that change is drug or disease induced madness in a population, a real supernatural or extraterrestrial event, or just men and women turning away from sane answers to societies problems, and embracing violence as a way of life, massive civil disorder , whatever that change, I agree there is wisdom in planning for you and your families personal defense.

What you find here will be suggestions for a worse case scenario,  things that might be found nearby, things that might be easily put together.   Tools you can use for self defense, (you have to remember weapons like the Nunchuku, the Tonfa, and others were originally farm implements used  in the in places where it was a crime for the average  man to own a sword.)  The common man has protected himself for centuries with weapons  used for reaping crops butchering animals and breaking stone.
Take what you find here and sort out what is useful to you but first and foremost remember the context it is offered in,,also look into the laws of your state your county or your city and be legally aware before making any decisions or purchases

I have to admit, with Halloween only a short time away, I was lured, as many are, into a binge of monster movies. Lori and I have seen more than a few zombie flicks during this month.

Normally I try to make a costume for Halloween. In fact I won the contest on the square 5 years in a row doing this, and had a ball making each costume.  But this year, not really into the public part of it, I was thinking a bit more practical, about, not only the flicks we’d watched, but about the serious nature of the worlds decline.

Maybe some will be confused; I know we have more means of entertainment than ever before, more innovations to make the mundane chores less time consuming and medical updates and improvements in procedures and medicines available. All are a literal God send to many like me.

But a point proven repeatedly through history still rings true. Not all individuals or cultures can handle success.   Rome became lax in their decline and allowed their slaves to enter the army. In fact a large portion of the standing armies were at times non-Roman.  Unburdened by Patrician pride or any true loyalty to Roman law, these men realized whoever controlled the armies, had the real power. They also were being called back from costly foreign campaigns, at the pressure, undoubtedly, of the Senate and the rich that controlled the senate.

Reducing foreign lines of defense was a sign of weakness that the barbarian people of the Britain’s, Anglo Saxons, Jutes, and Vandals, among others, easily recognized.  The rest is history, one we seem to be reliving in the present. Make no mistake; the trappings of success are by no means a surety of security in a turbulent world.  They are just opulent baubles that further infuriate and embitter second and third world nations tired of our presence, unable to let us just walk away.  The similarities of history and the present seem starkly clear to me.

Okay, back to Halloween, bearing in mind that there are many of these sort of threats, present, and of course the Zombie Apocalypse! We should consider the scenario of a suddenly present threat, where Creepers, Rioters, or bands of Marauding thugs were present, seeking to break into homes to victimize and take the resources of those in their home. What might you do in a siege type scenario to protect entrances to your home, and how could you do it with the least vulnerability possible?

Well, if your home is impregnable (few are) and you have supplies you have it covered. If you have a full suit of Kevlar, you may have the gunfire issue under control.   But let’s say you don’t, you have been sitting around watching news reports until the stations go off the air, never really wanting to believe this nightmare would reach you, occasionally going to windows and doors to peek out.   If you wait until the Boogey man, in whatever form he shows up in, arrives and is hammering at your door with the intent to get in, you’re probably S.O.L.

Maybe you have guns and bullets. They, depending on how much you have, may get used up fast.  They also might be a signal beacon to those wanting what you have to try all the harder to leave with it.  So the precious commodity of firearms and ammunition will be precious and hoarded, not used recklessly.  None of the ballistic strategies will be the first choice. Just remember the scene years ago on TV of two black rioters attacking a truck driver with a brick, and I’ve made my point.

So, I thought about what the average American family might have around, things you could use as defensive clothing like Riot armor the police have used for decades. It came together pretty easily.  The shield was the only the thing I thought you might need to manufacture. The other stuff could easily be put together if you had a heavy duty glue gun, some kid’s baseball and skateboarding equipment.  Oh yea, and a roll of duct tape.

My armor was painted in a camo style because I’m into my guns and had just customized one.  The shin and knee protection are from a catcher wears, and the elbow guards for skateboarding, and finally a hard hat, a face guard from a paint ball mask and the front plate from an Iron Man mask (with its eye openings enlarged);these were used.

I went through about 8 or 9 sticks of hot glue. First I used metal snips to open the eyes holes and hot glued the iron man mask in place into the front of the forehead and crown area of the hard hat. Secondly I removed a badly scratched up set of goggles from the paintball mask and glued this in place over the iron man mask. It was made of a dense rubber and I felt it was adequate reinforcement for the face plate.  I then took some shooting glasses that will take a 177 caliper pellet without breaking, and glued them in place after removing the bars that rest on your ears. I left an opening on the underside of them so air could get in, to keep them from fogging up.   The top was connected firmly to the under section of the face plate and hard hat above sealing the top from debris that might enter there.

The idea is it would have to be something you could put on fast, and detach yourself from quickly if you needed to move quicker (run).   So I figured that a kid’s shin guards were long enough to protect a man’s forearms to some degree. The knee pads might fit as elbow protection, and other pieces might be used on the upper arm, not pretty but a good deal of protection for the arm you would hold your weapon with.  I figured gloves of most kinds with a smaller pad on the back of the hand would be good enough.

To do this, I took a smaller knee or elbow pad, one that has a band like back that firmly keeps it in place. I cut a hole about the size of a fifty cent piece in this fabric on the back side of it. Then with the glove on, I stretched it over my hand allowing my thumb to come out the hole. This secures it on the hand yet allows gripping use of the hand. The back of the hand and knuckles are well protected from that side.  Kind of turtle shell in appearance, these pads would be a great thing to use, as spur of the moment riot gear.

Finally, a shield for the other arm, to keep scratching wounds away at a distance, to deflect and absorb blows from a weapon. We’re not talking about King Arthur here. We’re talking about a little piece of plywood with two straps that are screwed, nailed or attached somehow to the back. The wider these are the more control it gives. It stabilizes the shield on the arm, and you hold one strap, the one attached in a smaller loop. Your forearm should rest snugly in the other. Place these in the center of the shield’s back. This will put your hand and elbow out of harm’s way.

It will allow you to use the shield as a weapon as well, striking both in front of you and behind you if you pressed with its edge. You would be surprised at the punishing power that is focused in that edge when it is swung hard into something.

Anyway, I painted it and made a quick short sword using a heavy straight blade that holds an amazing edge, a pipe I hammered on as a handle, some duct tape wrapping and to keep my hand from sliding if it got sweaty, 3 curtain rings, 2 stacked and slid over the blade down to the handle. The hollow well around the blade, in both, I filled with hot glue, a surprisingly substantial guard.  The last ring was squeezed over the pommel a bit and it’s well was filled with glue. The grip was duct tape. I had an old machete sheath it fit well in.

In my case, I am a sword fan with years of martial arts experience. Practicing with one of various types, our house would not need one thrown together from odd pieces. The point is, weapons with a little imagination, could be thrown together to serve for a short time.  I went overboard because it’s a fun challenge, and I’m a little too artistic at times, but the result you’re looking for is a protective covering for as much of your body as possible.

In a world of limited access to and existence of medical facilities, staying un-banged up, un-cut and un-bruised will be very important. If your legs are injured you’re in a heap of trouble. If your eyes or head are damaged, it’s a similar case. These are fun problem solving exercises for a time hopefully none of us ever have to see, but in the meantime it’s good to remember we live in a changing, volatile world. It may not be such a sin to err on the side of caution, not so paranoid to address the possibilities.

You pay for different forms of insurance, for your home, your family and your car, but the only insurance you can have against the dark days that may well be ahead of us and the bad decisions of our leaders are a realistic, understanding of human nature, and a little preparation.   You may feel silly doing it now, but then again you may cherish the wisdom you used in doing it, later.