UFODigest.com » Aliens and UFOs » THE HOLLOW EARTH AND A HIDDEN OCEAN 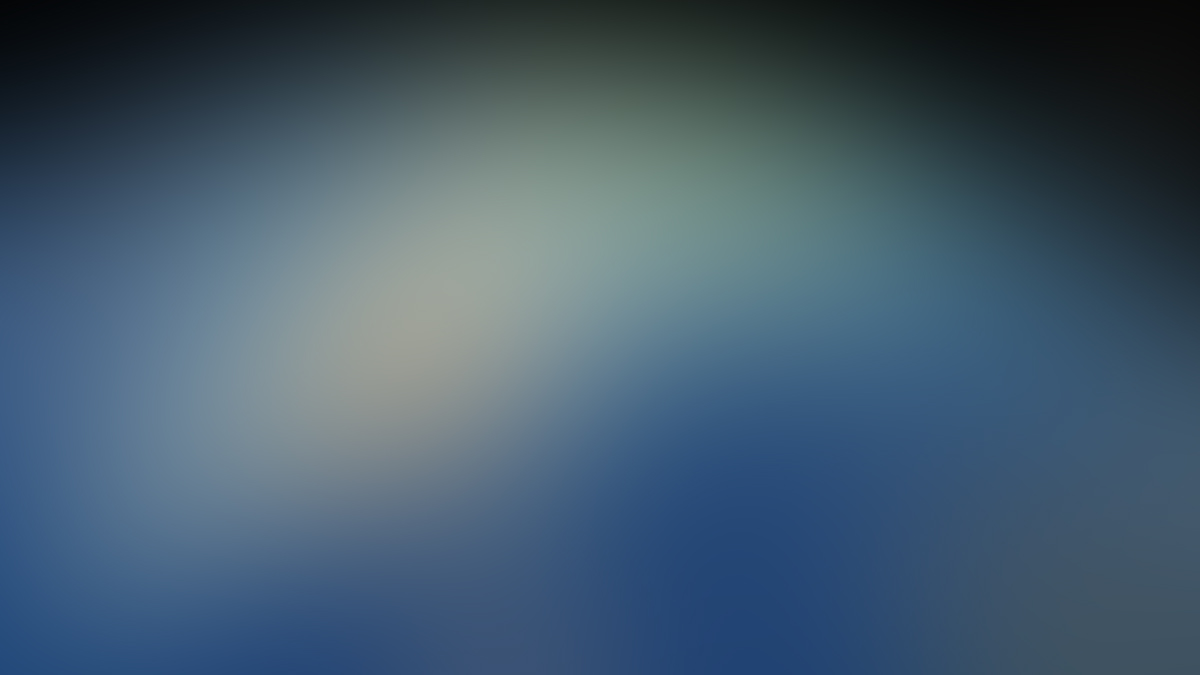 In ancient times, subterranean realms were associated with the Greek Hades, the Nordic Svartalfheim, the Christian Hell, and the Jewish Sheol. Dante Alighieri’s Purgatory hill in “The Divine Comedy” (1300s) was a tunnel to the inner earth, which was supposed to be the resting place of all persons before an eventual ruling of justice.

“Could it be possible that the portion of the world we are inhabiting is only one layer? There are those who believe it is very possible. The Hollow Earth Theory has been around for a long time and there are several variations. In 1692, the astronomer Edmund Halley who discovered Halley’s comet, proposed the idea of a hollow Earth. Halley suggested that Earth contained two inner shells separated by an atmosphere, each with its own magnetic poles. Halley believed that Earth contained spheres — one inside another — that turned independently of each other. He also speculated that the aurora borealis was caused by escaping atmospheric gas of an inner sphere.” (Jason Carr, “WTF is the ‘Hollow Earth’ Theory?” WiredCosmos, March 27, 2012)

The hollow Earth theory puts forth the idea that the Earth is completely hollow or may have a hollow region inside. This idea was common in some ancient cultures and was evidenced in ideas like the hell in Christian literature or Sheol in Kabalistic works. This idea has also been explored numerous times in fiction including Jules Verne’s *Journey to the Center of the Earth* and in a series of novels by Edgar Rice Burroughs as well as in more modern literature.” (Abby Cessna, “Hollow Earth Theory,” Universe Today, December 28, 2009)

When Isaac Newton proposed the law of gravitation, British astronomer Edmund Halley who discovered the famous “Halley’s Comet” suggested the Earth consisted of concentric spheres. The interior of the Earth was possibly inhabited with life and illuminated by a glowing atmosphere. John Cleves Symmes, Jr., a veteran of the war of 1812, campaigned for the idea of interior concentric spheres in 1818. Symmes quickly became the most well known promoter of the hollow Earth theory:

“In the early 19th century an American eccentric, John Cleves Symmes (1779-1829), sought funding for an expedition to enter the Earth through one of two 4,000-mile wide polar holes. Inside the Earth, he was convinced, a benevolent advanced civilization existed. Though an object of derision to most people, some took him seriously, and the idea of a hollow Earth was championed in a number of books throughout the rest of the century and right into the next.” (“Hollow Earth Theory,” HowStuffWorks, 1998-2014)

New York physician Cyrus Teed proposed a “concave” hollow-Earth hypothesis in 1869. Instead of assuming that we dwell on the exterior surface of the planet, Teed argued that the Universe revolves within the interior of a concave hollow Earth, which he called Koreshanity (after Cyrus the Great). Teed founded a pseudo-religious cult called the Koreshan Unity based on his unusual cosmological concepts. David Koresh (born Vernon Wayne Howell), the leader of a Branch Davidian religious sect, perhaps believed himself to be the modern-day Cyrus the Great or a prophet of Dr. Teed’s hollow-Earth beliefs. (76 men, women and children died after a U.S. government siege ended with the burning of the Branch Davidian ranch in 1993.) 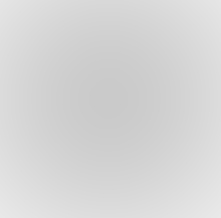 B. Gardner published “A Journey to the Earth’s Interior” in 1913 claiming that the inside of the Earth was hollow and housed a Sun; he also believed that the inside of the Earth could be reached through the north and south poles. More recently, the hollow Earth theory has been linked to Hitler and Nazi Germany. The Nazis were convinced of many occult beliefs and practices, including astrology, the prophecies of Nostradamus, and the hollow/inverted Earth theory or “hohlweltlehre.”

“Because they suspected that our surface is on the interior of a concave Earth, Hitler sent an expedition, including Dr. Heinz Fischer and powerful telescopic cameras, to the Baltic island of Rugen to spy on the British fleet. Fischer did so not by aiming his cameras across the waters, but by pointing them up to peer across the atmosphere to the Atlantic Ocean.” (Stephen Wagner, “Nazis and the Hollow Earth,” About.com)

The Nazis sent their expedition under Heinz Fischer, an expert on infrared rays, to the island of Rugen in the Baltic in April 1942. One of the purposes of the mission was to make use of hollow-Earth curvatures to spy on the British fleet. Astronomer Gerald S. Kuiper reported: “High officials in the German Admiralty and Air Force thought this would be useful for locating the whereabouts of the British fleet because the concave curvature of the earth would facilitate long-distance observation by means of infrared rays which are less curved than visible rays.”

“Apparently, the island was home to a number of advanced projects. One should also note carefully the hidden technological implications of the experiment, notwithstanding the insane use to which it was put: the Nazis possessed the means of detection of infrared reflections from great distances through atmospheric refraction, the same technology as was developed for use in heat-seeking anti-aircraft missiles and subsequently used with dramatic effectiveness in America’s plutonium bomb.” Joseph P. Farrell, “Reich of the Black Sun: Nazi Secret Weapons and the Cold War Legend,” 2004)

In June 2011, Peter Lindberg, Dennis Asberg and their Swedish “Ocean X” diving team discovered the “Baltic Sea anomaly,” a 60-meter circular rock-like formation on the floor of the Baltic Sea. “The team reported that the formation rests on a pillar and includes a structure similar in appearance to a staircase, leading to a dark hole.”

Experts said that it is most likely a natural geological formation. But it was reported that the Baltic Sea anomaly interfered with or disabled all the electronic equipment, feeding speculation that the structure could be a Nazi World War II anti-submarine device or a “flying saucer.”

Discrete observers throughout history such as Alexander the Great and Christopher Columbus have reported unidentified submersible objects (USOs). Writings attributed to St Bartholomew contain some remarkable details on the subject of USOs. Original Greek manuscripts at Vienna and Jerusalem, which may be as old as the 5th century, indicate: “And there came up out of the bottomless pit a wheel.” Its Latin fragments, which date to the 6th century, similarly state: “And a wheel came up out of the abyss.”

These archaic texts in fact describe a wheel or disk-type flying craft soaring out of the depths of the sea, many centuries before flying saucer reports were in style. Repulsive wardens waging a war against “God” controlled the strange craft. The wheel was large enough to include “canales” or pipelines containing abducted humans who appear to have been held against their will: “For into this pipe are sent they that through their gluttony devise all manner of sin.” (Recent reports of wheel-like objects flying into and out of the seas — in connection with abduction experiences — are now generating renewed interest in unexplained phenomena beneath the Earth. Sleep paralysis may not be the proper explanation for all abduction cases because some reports do not involve sleep.)

Admiral Richard E. Byrd of the United States Navy flew to the North Pole in 1926 and over the South Pole in 1929. But the official U.S. government release of Byrd’s diary revealed erased records. His erased diary led to widespread allegations of a cover-up. A so-called “secret diary” of Admiral Byrd was later circulated among raw supporters of the hollow Earth theory. In that disputed diary, Byrd allegedly told of entering the interior of the earth and traveling over mountains with green vegetation. After crossing subterranean lakes and rivers, he discovered life resembling prehistoric animals. He eventually came across cities and a prosperous civilization in the hollow interior realm.

When Jules Verne wrote “Journey to the Center of the Earth” in 1864, he inspired a new genre of impressionist romantics. One of the most peculiar aspects of the hollow-Earth theory is that it produced two roads — a “subconscious polarity” of opposite tendencies and contrary qualities. In other words, the North Pole interior is said to be positive whereas the South Pole interior is considered negative.

The North Pole legend regularly centers on a Norwegian sailor named Olaf Jansen. Jansen’s sloop supposedly sailed through an entrance to the Earth’s interior at the North Pole. For years he lived with the inhabitants of the Agharta Kingdom. According to the writer Ellie Crystal (crystalinks.com), Agartha is analogous to the Lost Eden or a sunken Atlantis, which still exists as a celebrated city that is said to reside in the Earth’s core. Initiates guided by masters who are the spiritual leaders of humanity inhabit the inner realm. They do not meddle in the lives of humans that live above the surface. Nor is there any communication from them, alike to underworld spirits of the departed. However, the race of supermen and superwomen do occasionally come to the surface to oversee the development of the human race.

But the South Pole is where Nazi Germany wanted to create a line of soldiers to rule the world. There is a legend that says Hitler and his chiefs escaped the last days of the Third Reich by going through the opening at the South Pole (Antarctica) where they discovered an entrance to the Earth’s interior. This narrative is full of twists and turns with Nazi-designed UFOs, and Nazi collaboration with scheming aliens (a race of Aryan people) who live in the center of the Earth. The Thule Society, which was closely watched by Hitler, reported Tibetan expeditions to find openings into the Earth. Allegedly, Hitler was influenced by concave hollow-Earth ideas and sent an expedition to spy on the British navy by aiming cameras up into the sky. Based on a 1944 German submarine fleet speech by Admiral Dönitz, there is also speculation that Hitler ordered a research mission to build an “an invisible fortification” in Antarctica.

“We’ve all heard tales of Nazis exploring the southern extremities of the globe and even setting up bases in Neuschwabenland. Some have also heard of Operation Highjump and Admiral Byrd’s altercation with entrenched German forces that overpowered them with amazing flying craft.” A video lately surfaced which supposedly shows “a 1944 map from the Third Reich detailing not only the direct passageway used by German U-boats to access this subterranean domain, but also a complete map of both hemispheres of the inner realm.” (“Third Reich Maps of the Inner Earth,” Subterranean Bases, 2012-2014)

At the beginning of 1939, a Nazi submarine expedition explored a hitherto uncharted part of Antarctica. New Swabia (Neuschwabenland) is a cartographic name given to an area of Antarctica where a Nazi colony was allegedly established. (Rothschild Island is an island 39 kilometres long, mainly ice covered, also in Antarctica.) Rodney Cluff on his “Our Hollow Earth” website had a copy of a letter (with translation) supposedly sent from a Karl Unger that was aboard the U-boat 209 (commanded by Heinrich Brodda) saying that they had reached the inner realm.

A year after World War II ended, the U.S. Navy mounted Operation “High Jump,” which according to different critics was basically an invasion of the Antarctic. The primary mission of Operation Highjump was for the United States to set up an Antarctic research base. However, some evaluators claimed that in 1947, Admiral Richard E. Byrd led 4,000 military troops from the U.S., Britain and Australia in an invasion against “former Nazi interests in Antarctica.”

On March 5, 1947 the “El Mercurio” newspaper of Santiago, Chile, had a headline article “On Board the Mount Olympus on the High Seas” which quoted Byrd in an interview with Lee van Atta:

“Admiral Byrd declared today that it was imperative for the United States to initiate immediate defense measures against hostile regions. Furthermore, Byrd stated that he ‘didn’t want to frighten anyone unduly’ but that it was ‘a bitter reality that in case of a new war the continental United States would be attacked by flying objects which could fly from pole to pole at incredible speeds.’”