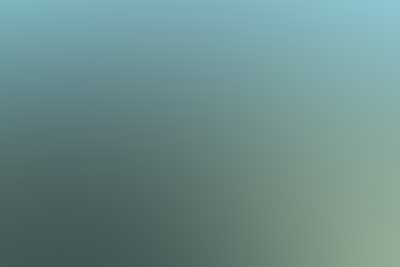 The Kola Super Deep Borehole in Russia is a scientific project, which began in May 1970 on the Kola Peninsula. The project’s goal was to dig as deep as possible with an initial goal of depth set for 49,000 ft. However, after reaching, a depth of 40,000 ft. and experiencing higher than expected temperatures the drilling was halted and the project never resumed.

Many discoveries were made from rock samples brought to the surface but most amazingly was that of finding water at such great depths and the large amount of hydrogen gas mixed with the mud this far from the surface.

This opens up a completely new realm of possibilities of what the Earth’s core may be made of. At such great depths, the pressure and resulting heat are fantastic to say the least. Under these conditions water, H2O may have entirely different properties than here on the surface. Since coal subjected to extreme heat and pressure creates a diamond from the molecular changes created from, the process water also changes properties from its original form to one very different in nature under such extremes as well.

A few years ago, scientists made an amazing discovery experimenting with water under extreme heat and pressure. The process-subjected water to a pressure of 170,000 times greater than that of sea level atmospheric pressure then bombarded it with x rays. The result was the water molecules split and reformed into a previously unknown crystalline solid made of H2 molecules and O2 molecules. The new element remained stable under various pressures and looks promising as a possible new source of a solid fuel cell.

The remarkable changes in the molecular structure of water under extreme conditions could mean that Earth and all other planets formed out of an initial nucleus of water. Through time, all elements in existence may be the result of molecular changes from this simple sphere of water in the beginning.

The Sun consists of 71% hydrogen, 27.1 Helium and 0.97% oxygen, so they say. With this in mind, it may be safe to say that the Sun also began with a core nucleus of H2O and developed the high amount of helium due to the extreme heat. The fact that the Sun is a sphere of fire continuously burning elements it has, could mean it was initially ignited  by the extreme pull on it by the surrounding planets making up the solar system itself. This gravitational pull on the Sun and the resulting friction from this constant rotation is what keeps the star ignited.

We are discovering almost on a daily basis that many planets and moons seem to have H2O either on them, in the atmosphere, or under the surface.

Comets are also water-based entities as they are composed mainly of ice with smaller amounts of rock and dust particles. Scientists can only speculate where comets originate. Some believe the Ort Cloud beyond our solar system is the point of origin, but no one knows for sure. It could be that comets are frozen balls of dirty water, which transverse the entire universe even outside galaxies.

Since everything within the universe seems spherical, it is a good guess that the physical universe is as well. Thus, comets could act for the sphere of the universe similar to that of the energy particles, which rotate around the Atom.

At the edge of the universe where all physical properties cease, may lay an icy substance resembling H2O from which all energy processes within the universe rely on for life itself.

The element of water may be the substance from which all matter in existence in the physical universe originated.