UFODigest.com » Science » Space » The Quantum Physics of Freewill and Predestination 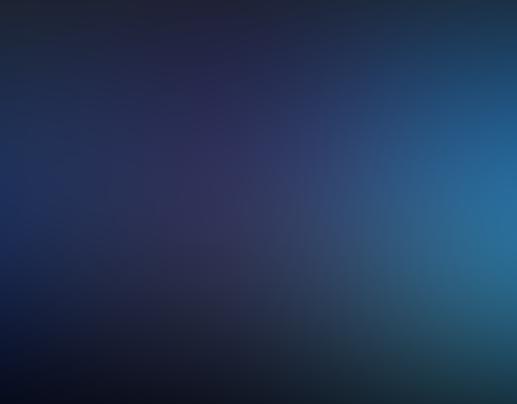 I have postulated in various publications, that I believe that God, in His infinite wisdom and power, has somehow developed the means of testing our hearts (Romans 8:27) in a way that allows for predestination (Romans 8:29), as well as freewill (John 7:17, Galatians 1:15, etc.), to coexist. A simple search on freewill vs. predestination will reveal a collection of links and research supporting both the Calvinism and Armenian schools of thought.1  In light of this, I refer to myself as either an Armenavist, or a Calvimenian. Somehow, they’re both true.

I recently reviewed a YouTube video disclosing a purported UFO briefing that President Ronald Reagan received at Camp David during his second year in office: http://thestrongdelusion.com/index.php?option=com_content&task=view&id=1965&Itemid=9. Relative to alien technology capable of folding time-space, I wondered that if extraterrestrials, or angels, are capable of such feats, might they be capable of time travel as well? Furthermore, if they are, what are the implications? What limitations would they have?

For the longest time, I have dismissed the notion of time travel, not understanding how The Grandfather Paradox could ever be resolved. Furthermore, if time travel were possible, couldn’t satan simply go back in time and try to prevent Jesus from going to the cross, now that he sees what resulted from it? I would think that if any being in creation had the power of time travel, it might be satan, and clearly God would not allow him such an opportunity, despite the mathematics that tends to support the possibility of time travel.

In light of the above, have recently been inspired with a new twist on an existing theory, String Theory, that might explain the nature of the universe that could allow for time travel, and also explain a great deal more phenomenon.

Secondly, because love, by its very nature, is an expression of freewill from a free moral agent, perhaps the decisions that define the creation of alternate timelines, are decisions of moral substance. Perhaps from God’s perspective, outside of time-space, when someone sins, God creates an entirely new, alternate timeline, and offers a second chance to disobedient free moral agents. This could actually be built into the fabric of time-space, and explain the mysterious connection between consciousness, and matter, that physicists speak of with various bizarre experiments.

In order to “test our hearts,” certain variables are altered in different timelines, so that the same moral tests are evaluated countless times, to eliminate aspects of choice that could be relegated to internal or external environmental factors. Such alternate timelines could also serve as learning objectives for free moral agents, to allow each choice to play out, and record within the complete, integrated spiritual consciousness of each free moral agent.

In the higher consciousness (i.e. the inner man Ephesians 3:16), of each free moral agent, is the integration of all alternate expressions of said free moral agents. The end result of each moral decision as evaluated on Judgment Day, therefore, is the most thorough evaluation of the hearts of free moral agents conceivable, irrespective of any excuse that free moral agents might have, to pin the blame of their sin on anything other than their freewill.

With this theory, God would know what all of our choices would be, because His pondering of such choices may actually be the substance of our multi-dimensional realities. I once wrote in a poem with this in mind:

This theory explains a number of theological issues:

1. It describes how God is able to allow for us to express our freewill in a near infinite number of parallel universes and see the outcome, outside time-space, and know what our choices will be in all circumstances. This allows for freewill, but could be construed as predestination, though it is on a level that transcends time-space, which somewhat negates the linear time aspect of the prefix “pre” in predestination.

2. This structure of the universe provides sufficient evidence that would allow God to determine the authenticity of a free moral agent’s choice to repent and accept Christ as Lord and Savior, negating the argument that some may never accept Christ because they were never given an opportunity to.

3. This theory further validates the need for salvation, for it would be definitive proof on every level conceivable, that all have sinned, and fall short of the glory of God (Romans 3:23).

All of these alternate universes would be vast variations of our lives, ranging from the most righteous, to the least, all coexisting simultaneously since Adam and Eve. Other things this theory might explain could be wide and varied.

It is a known fact of psychology that memory is reconstructive.2 Perhaps what’s really happening when we recall completely different events from those around us, who all witnessed the same events that we did, that they were in fact different, because we are recalling events from a parallel dimension? Consider the following: what if alternate timelines split, but then those that are close to each other re-synchronize after their differing variables resulted in no permanent changes. Could some of the strange behavior of atomic and subatomic particles, such as quantum entanglement,3 have something to do with this? Perhaps a quantum entanglement of consciousness occurs in our brains when alternate timelines reintegrate with each other, so that each individual consciousness is literally a unique expression of reality independent of the others around him or her. Our brains might recall new or conflicting information with our current dimension.

In psychological terms, it is a given that a person’s perception of reality is relative to that individual on a certain level, but only in a cognitive sense. Taking the quantum theory of alternate timelines into account, it may literally be a true statement, that our different memories of the past could literally be different. A person’s consciousness may traverse through alternate timelines on a regular basis, and the only hint that this is occurring is on a conscious level, or perhaps in dreams, because the individual’s consciousness has the ability to retain memories from alternate timelines. That favorite “red” jacket we swear up and down we wore every day as a seven year old, which we later discover in an attic is actually “blue,” now makes sense! Maybe we’re simply recalling something from an alternate timeline that differs from the timeline we recall. In this respect, because people are multi-dimensional beings their recollection might not be faulty, but rather a superior means of recollection, because we have a multi-dimensional consciousness capable of extracting information outside the confines of linear time and space.

Ocham’s Razor necessitates that the simplest explanation is usually the correct explanation for any given phenomenon, but if Ocham’s Razor were always correct, then nothing out of the ordinary would ever happen; since when it that the case? What’s more, anyone familiar with the counter-intuitive nature of quantum physics knows that sometimes there is no simple explanation at all.

Whatever the case may be, in spite of Ocham’s Razor, my new argument for those who insist they’re right about something that occurred in the past, is that in the dimension I came from, the way I recall it is the way it happened for me, period!

As already stated, just as String Theory poses a solution to The Grandfather Paradox, this Theology of Quantum Physics theory poses the same solution, but also adds the purpose of String Theory and the rules that regulate it. The purpose has to do with the nature of free moral agents, and the testing of their hearts to determine their alignment with God’s objectives for creating them in the first place. Ultimately, mathematically speaking, the greatest possible good for all free moral agents, would be the grand purpose of creating alternate universes.

Quantum physicists have noted a peculiar relationship between consciousness, and atomic and subatomic particles. Two different experiments concerning this relationship include The Intention Experiment,4 and other experiments that have formed the basis for what is known as The Observer Effect.5

The Intention Experiment has proven under laboratory conditions, that meditation can induce a change in the PH balance of water molecules.6 Exactly how this is possible is still an unknown, but it is an easy to demonstrate experiment, whereby the exercise of a cognitive process can affect matter. Similarly, The Observer Effect has also been proven under laboratory conditions, and it forms part of the foundation for String Theory, because the mere observation of a consciousness is known to affect the behavior of atomic particles, determining whether they behave as waves, or as particles.

Because consciousness is somehow integrated into the fabric of time-space, and the purpose of time-space is to please God, it is a natural speculation to consider that choices of moral relevance serving the purpose of God’s creation, (Romans 8:28), dictate changes at the quantum level the most, and are most likely the culprits behind the existence of parallel universes/alternate timelines.

If, in fact, parallel universes/alternate timelines coexist, perhaps what people perceive as ghosts, could in fact be glimpses of parallel universes/alternate timelines? The previously mentioned phenomenon of quantum entanglement might very well have something to do with oddities in nature that are often construed as supernatural, but only because we do not understand the “super” aspects of nature yet.

Most recent posts by John Milor

All posts by John Milor