UFODigest.com » Aliens and UFOs » THE STRANGE CRAFTS AND OBJECTS I ENCOUNTERED DURING THE MORE COMPLEX EXPERIENCES

Listed below are the crafts and objects I encountered during the more complex experiences…experiences that occurred intermittently from 1939 or 1940 to the mid 1980s. These were encounters that not only involved “the voice,” but the old bearded men and middle-aged men who seemed to be guides…who explained what was happening…and who gave us lectures about “the brotherhoods,” some science, history, and the future, etc. A couple of the objects have historic significance and a couple might have been used as subliminal suggestions for future design of aircraft or space craft or inter dimensional craft. Most were used, I believe, as a psychological container so we would feel as if we were physically restricted, confined in a space defined by walls.

✽ The elongated windowed saucer – This was the craft that showed up most often for our extended time travels with “the familiar strangers.” At first we would see a distorted atmosphere, or a fog or moderately sized fog cloud, began to churn or move slightly. When the fog cloud began to dissipate, the elongated saucer came into view, sometimes appearing to be somewhat transparent during the transition. It seemed as if it were being created on the spot or as if it were arriving from another normally unseen dimension. It eventually appeared to be completely solid. I was never alone during this type of time travel and will explain the routine sequence of boarding and traveling in another blog. After entering, we would see “the familiar strangers” on board and we then would fly off into the future, etc. Often, we saw only one half of the craft, the right half; the left half of the interior was screened off with a partition wall, even though the windows extended completely around the cabin. We normally wondered what lie beyond the wall.

✽ The up-side down tub – Another very strange craft, the tub, like the elongated windowed saucer, a few times ferried us from one place to another, during the extended future time travels. It had a windowed door on each end and windows on both sides. The back half was identical to the front half…both halves being separated by a partition wall. The bottom was thick. During The Sheridan Creek Fire Guard Cabin Experience, we were given technical details concerning the bottom which seemed to house the propulsion system. During that encounter, the middle-aged guide told us that those people who were qualified could ride in the plush front, but those who weren’t had to ride in the rather drab back.

✽ The large booth – The large booth, structurally, seemed to be a cross between the small booth and the bell-shaped object. It had concentric ribs or rings on the cone-shaped bottom. 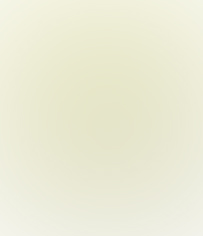 Once, we noticed that the ceramic-like ribs or rings on the bell were charred as if they had been very hot previously. We assumed this was a result of its propulsion system. My father once was transported to a hovering large booth by way of a mysterious blue beam that slowly descended toward him. When the beam hit my father, he mysteriously disappeared. We then heard him and his friend talking with “the voice” inside the cabin. This was the object from which “they” asked me if I might want to travel with them to their homeland. This occurred several times. Of course I always declined, but did accept the offer once when we were in the elongated windowed saucer…Chapter 13 of the book Eminent Discovery. The several times my friends and I were inside, we always noticed a small area closed-off by partition walls.

✽ The large object – This was a most unusual object that appeared to be similar to a futuristic airliner. It had a large rounded body and an elongated fuselage where the pilot’s compartment was located. The only windows were in the front of the fuselage. There is not room here to explain the other details, but if you are truly interested, I recommend you read the book, Eminent Discovery.

✽ The elliptical-shaped objects – These were most often used for the purpose of education and “the excruciating conditioning session.” When a larger version was used, it often had paned windows on an exterior wall in one place or another. When the smaller ones were used, we saw no windows but an open door, like a tent.

✽ The tent-like object – This was very similar to the smaller elliptical-shaped objects, but smaller. It was most often used for “the conditioning sessions,” which we were forced to endure “to improve you (us) as human beings.”

✽ The Ti Pi or Tee Pee – While close to or in the Ti Pi, we most often were given information about the meanings of the symbols on the exterior and information related to the Native American culture. At least once we were conditioned to exit our bodies and we met two guides outside who also were out-of-body. One was a Native American. We then rode horses who were “out-of-body.” The Ti Pi at times was a part of a Ti Pi/small elliptical-shaped object complex.

✽ The van-like craft – We only saw it a few times. As I recall, we were never in it.