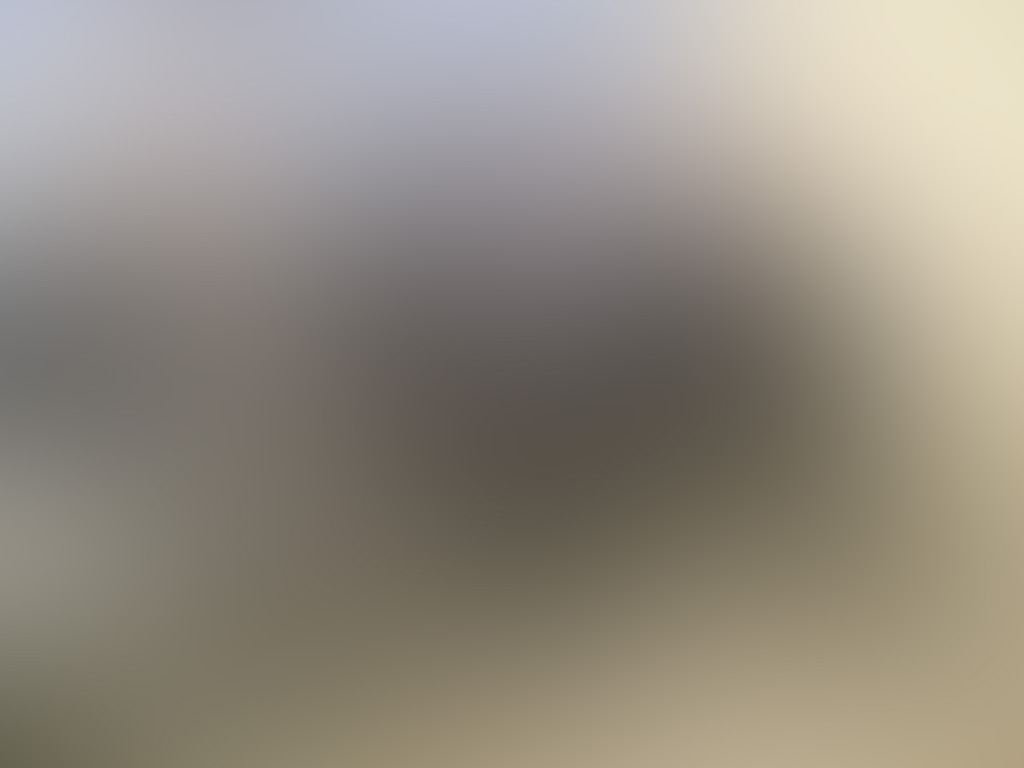 VANCOUVER, B.C. – A third whistle blower has confirmed that U.S. President Barack H. Obama was a participant in the CIA’s teleportation “jump room” program of the early 1980’s.

Bernard Mendez made this allegation during a seminar held in Vancouver, British Columbia on June 1st under the auspices of the B.C.-based ExoUniversity.org.

Bernard Mendez also stated that he teleported with Mr. Obama and Mr. Basiago in jumps that took place from 1981 to 1983, when Obama and Basiago were college students.

At the time, Mr. Mendez, who once served as a special assistant to President Richard M. Nixon, was investigating the jump room program for the US intelligence community.

On November 8, 2011, this reporter was the first to report revelations made by Basiago and Stillings that Obama served with them in the jump room program of the early 1980’s.

The two chrononauts then appeared on late night talk radio’s Coast-to-Coast AM with Laura Magdalene Eisenhower, the great-granddaughter of US President Dwight D. Eisenhower, to discuss their involvement in the US secret space program.

Maj. Dames called the show to deny his involvement in the jump room program.

Then, in January 2012, through National Security Council spokesperson Tommy Vietor, Mr. Obama also denied that he was part of the 1980-83 CIA jump room program.

Mr. Mendez’ statements confirming the existence of the CIA’s jump room program and the roles played by Maj. Dames and Mr. Obama in it directly refute these denials.

Asked for comment on Obama’s silence in the face of confirmation of his participation by three jump room participants, Mr. Basiago stated, “President Obama campaigned for president pledging that his administration would be one of transparency. He must now fulfill that promise and acknowledge that he served with us in the jump room program.”

During the ExoUniversity.org seminar, Mr. Mendez explained that his mission to evaluate the CIA’s jump room program originated from discrepancies being reported by the jump rooms on the U.S. east and west coasts, respectively. The east coast jump room was located in New York City, the west coast jump room in El Segundo, CA.

According to Mendez, the jump room technology had been transferred from a species of Grey extraterrestrials to the U.S. government. The west coast and east coast jump rooms were reporting up to 40 incidents of participant injuries per month occurring during jump room “teleportation” to unknown environments in space. Yet, several days after each teleportation jump, the reported injuries to participants had disappeared.

The U.S. government deployed Mr. Mendez, along with an evaluation team that included several prominent U.S. astronauts, to determine the causes of these discrepancies and determine the true destinations of the jump rooms.

Mr. Basiago and Mr. Stillings have confirmed that Mr. Mendez was both one of their fellow chrononauts taking jumps with them and a federal investigator whose primary function was investigating questions like where the jump rooms were going.

Upon arriving at the jump room training class at College of the Siskiyous in 1980, Mr. Mendez debriefed Maj. Dames about his intelligence mission to evaluate the program.

He then began a series of test jumps from the west coast jump room. On one such test jump he recalled teleporting with Mr. Obama and Mr. Basiago to a planetary environment in space that was initially thought might be the Mars they had been trained for. Mr. Mendez recalls that when he had Mr. Obama shoot a flare at the sky, the flare bounced off a ceiling at about 62-foot in the sky, indicating that the three chrononauts had teleported to an artificial environment or domed enclosure of some kind. The precise location of that enclosure was uncertain, and may have been either a dome on a celestial body, such as Mars, or a freestanding holographic creation in space.

Mr. Mendez determined after multiple jumps that the destination the jump rooms were reaching was not Mars. Mars was out of position when most of the jumps took place. Its atmosphere was deficient in oxygen to sustain human life. Gravity on the surface was stronger than Mars’ gravity would have been. The temperature swings on Mars (from -175 F to +225 F) would have made surface visits not survivable. Mars’ lack of an ionosphere would have led to the irradiation of the jumpers.

He concluded that the jump rooms were actually taking the program participants to a “synthetic quantum environment” or SQE, a term invented by Mr. Basiago to describe a fold in the time-space continuum in which the Grey extraterrestrials have established an “artificial holographic planetary domain.”

“According to Bernard Mendez, the jump rooms were not visiting Mars but “folds” in time-space created by the Grey extraterrestrials that the Apollo astronauts called “slots.”

“These ‘slots’ or niches in time-space contain synthetic quantum environments in which the Greys have stored event scenarios that have taken place at different times on different planets, including Earth and Mars.”

The jump room program resulted, Mendez explained, from an ET-human liaison project involving the Greys and the US government, in which the young Americans involved were selected by the Greys and then trained by the CIA.

“This astonishing revelation means that President Barack Obama is a contactee selected by the Grey extraterrestrials to participate in the secret space program,” Mr. Basiago commented.

Because they contained new land that might be territorially acquired, the US government was actively discovering and exploring these SQEs with a view to making them part of the United States.

Mr. Mendez was tasked to negotiate with the Greys as part of his evaluation mission. During the negotiations, the Greys indicated that the system of “synthetic quantum environments” had been built by them for purposes of conditioning and educating humanity to be able to sustain a future role among organized intelligent civilizations in space and in the inter-dimensional multi-verse.

In a panel discussion sponsored by ExoUniversity.org held on June 2nd that included all three whistle blowers – Mendez, Basiago, and Stillings, Mr. Stillings shared his view that the destination the jump rooms were reaching was, in fact, Mars.

Mr. Stillings argued that the Martian moons Phobos and Demos could be seen in their proper locations and trajectories in the sky and that jumper Courtney M. Hunt once stated that the Viking 2 apparatus was about 20 miles away from the jump room infrastructure that the jumpers called “the Corkscrew” because of its spiral structure. These clues indicated that the jumpers were on the real Mars and not a simulation.

NASA cannot be relied on to provide accurate data about Mars, Stillings stated, citing the space agency’s claim that atmospheric pressure on Mars is only eight millibars. Such an atmospheric pressure would not have been sufficient to sustain parachute deployment of the Mars Exploration Rovers Spirit and Opportunity to the surface.

Mr. Basiago, who has spearheaded efforts to have America’s chrononauts come forward and share their experiences with the public, called Mr. Mendez’ account “a cosmic-level disclosure event.”

For his part, Mr. Basiago thinks that both Mr. Mendez and Mr. Stillings may both hold a key to the truth. He thinks that since the origins and operation of the jump rooms were unknown, they might have sometimes been taking the jumpers to Mars, but at other times were being diverted by the Greys to synthetic quantum environments where human responses to the threshold of contact with the wider Universe were studied.

“A third plausible explanation is that the CIA jump rooms, given to the United States by the Grey extraterrestrials, were devices that were sometimes being diverted by the Greys. Sometimes we were visiting Mars, and other times the jump rooms were teleporting us to the kinds of micro-Universes that Bernard Mendez is describing.”

In support of this explanation, Mr. Basiago cited the fact that Grey observation of US activities in time-space was sometimes noted during time probes using US time travel technologies while he was serving on DARPA’s Project Pegasus as a child in the early 1970’s.

He also cited the fact that power losses were being recorded during times when the jump rooms were ostensibly functioning normally. This could be evidence that during operation, the Greys were diverting the jump rooms from Mars to elsewhere.

Mr. Basiago stated that since NASA has been lying about natural conditions on Mars, determining whether Mendez’ “elsewhere” interpretation of the CIA jump room program or Stillings “Mars” interpretation is the correct one will hinge on official declassification.

“What we have now is three fellow jump room participants sharing their experiences… We were trained for Mars in Summer 1980 and the domain that we were visiting from 1981 to 1983 was certainly understood to be Mars. What we are grappling with now is Bernard’s claim that as the U.S. government investigator tasked to study the project he discovered that we were not visiting Mars but a… simulation of Mars architected by the Greys in a bubble Universe… That’s a highly provocative claim, but since Bernard Mendez and Brett Stillings and I were project participants together, in the interests of truth, I have facilitated all three of us coming forward publicly and sharing our understanding of what we were part of… Even if it was not Mars that we were visiting, all three of us agree that it was an off-planet location in time-space.”

Whistleblower Bernard Mendez detailed testimony that Mr. Mendez not only participated in the 1980-83 CIA jump room program with Barack Obama, but engaged Mr. Obama in jump room experiments such as a flare experiment to determine the location the jump room technology was teleporting to, further bolsters emerging evidence that Barack H. Obama was involved at the early age of 18 in a highly classified, top priority U.S. national security project, and went on to be a life-long CIA asset or operative.

It is logical, then, that the Obama administration would use such as high-level asset as Tommy Vietor, official spokesperson of the National Security Council to deny, on January 3, 2012, that Mr. Obama was a participant in the 1980s CIA jump room program.

The CIA and U.S. national security apparatus surrounding U.S. President Barack Obama will do everything in its power during the 2012 election year to suppress evidence that (1) Mr. Obama was part of a secret teleportation jump room program using Grey extraterrestrial technology to reach synthetic quantum environments (SQEs), destinations architected by Grey extraterrestrials.

The CIA apparatus has been suppressing evidence that (2) Mr. Obama has been since 1980 a full time covert CIA operative, deployed to infiltrate, perform surveillance on and report back on community activist, Leftist, African nationalist, and Islamic circles.

The CIA apparatus has been suppressing evidence that (3) Mr. Obama was pre-identified in 1971 via quantum access time travel as a future U.S. President and essentially briefed and groomed for the job by CIA since 1980.

The subject matter of Barack Obama’s identity as (1) a life-long CIA operative/asset and (2) pre-identified as a future U.S. President in 1971 by the CIA using DARPA time travel technology will be explored in a Sunday Sept 9, 2012 ExoUniversity.org Forum, entitled: “Who is Barack Obama?: The Time Travel/Teleportation Connection” with Andrew D. Basiago & Alfred Lambremont Webre.

Copyright 2012 – This article is copyrighted by Alfred Lambremont Webre, all rights reserved.