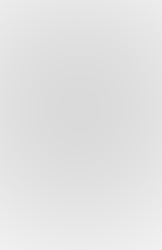 If ever there was to be an essential insider’s textbook treatment on UFO and paranormal firsthand encounters, and homegrown scholarship on the nature of these extraordinary experiences that also are now being backed by quantum and noetic scientific studies that mirror these experiences, the new “Sin Thesis” e-book from Smashwords publishers by experiencer Robert Torres’ is it!

Torres, a Connecticut native resident now with an interesting varied resume, had been living a normal life and was being taught in school about the “real world” events and concepts that guide our shared cultural assumptions…. “Until one day,” he writes, “the universe decided to let me in on some big secret. It seemed that everything I learned in school wasn’t the whole truth.”

For most of us who have the UFO close encounter experience and its often attendant paranormal aspects, we know all too well what Torres means, and it would lead him into becoming a “paranormal magnet.” (For this writer, my contact experiences did not shatter my alternative world-and-cosmic preceptions but relentlessly kept confirming them.) Torres writes, “The first lesson the universe had for me was to take away my foundation of reality!”

At age nine he had the first of three visual contacts, seeing what seemed to be a boy with dirty blonde hair by his bed, and he told his mother that he had seen ghost. The second such contact was at age 11 or 12 on the New Haven shorefront, seeing multicolored glowing globular cloud-like objects in the starry night sky that awed him with their beauty.”

It was here that he realized that this was a personal, not a mere chance, sighting by design. He writes that “it was there for me!” after the objects zoomed off at high speed. (From his description, it seemed very much like the glowing cloud-like globular objects in different color hues moving in the night sky over West 57th Street in Manhattan that I and two witnesses saw in September 1995, and one that I unknowingly photographed that afternoon while on a community news assignment. This was apparently staged for me.)

There is much in his book as it deftly unfolds on the findings of quantum theory scientists and paranormal researchers, of whom he develops excellent accounts of their work, with specific incidents and illustrations, leading to a crescendo-building climax that is the mark of an actively creative mind and writer. He brings it all together in some chapters, such as in “The Science Behind the Supernatural – Physics and Consciousness.”

In tying how science relates to the paranormal, long a topic of scientific and popular skepticism, he notes the work among scientists such as Albert Einstein, Wolfgang Pauli, Rupert Sheldrake, Amit Goswami, Roger Penrose, William Tiller and Bruce Liptor. He then notes that the author of “The Book of the Damned” and “Lo!” classic books would have enjoyed today. ”Charles Fort has been since fortified by the likes of them,” Torres writes. This is an extremely important for our knowledge base.

For we who are familiar with all this material (there are sections of the S.P.A.C.E. UFO EXPLORER website with items and videos on these topics), it is welcomed to see it all in one book. And for those who are unfamiliar with all this, it may be an education that gives us more useful knowledge that offers useful back-up confirmation of how our often intellectual confusing and emotional challenging close encounters actually manifest.

After having chapters on all kinds of paranormal topics, such as ESP, telekinesis, PSI and precognition, along with the occult, magic and alchemy, he mentions a powerful dream that may have emerged from his paranormal research and experiences, in which he sees the activities of fractals.

“The whole universe is interconnected.” Ancient cultures in tune with Nature and spiritual movements today understand this, and so does science in its research, such as on “spooky action at a distance” and how the quantum on the miniscule invisible levels may influence quantum action on the large scale. “The field of Quantum Physics is not new, but the new data emerging from it gives us dome of the best leads so far for the existence of the supernatural.”

On synchronicity – those baffling strange meaningful coincidences – Torres explains this excellently in a chapter on the topic, having them himself. High strangeness kicks in, he writes, “the wild card is when it’s a string of synchronicities that occur that make reality to stretch and distort.” This disproportional spate frequently happens to some contactees, he notes. [The S.P.A.C.E. UFO EXPLORER website has a section on this and S.P.A.C.E. had a 50-chapter e-book pertaining to “syncs” – “The Project Wonderland Chronicles: UFO Contact & Synchronicity.”]

Potent vivid and lucid dreams are a big part of the contact picture, as Torres describes some of his own experience with them. “My dreams are very powerful and allow me to travel into mystic worlds. I have learned to control my dream experiences at times and those are the ones I enjoy the most.”

And he knows that dreams can really have very real UFO contact connections, when after a powerful dream, he noticed marks on his body. “I’m calling that my third possible encounter,” he writes. “To me it was absolute proof of physical evidence that something strange happened to me.”

In citing his personal experiences and making connections as both an outside and inside observer, his book does us an essential service as both a resource of confirmation material, and, most of all, presents us with the very personal experiences, with some bumps that happened to him as he grew up (as many of us have had in our own ways) and searches of a sincere human being on his continuing journey of discovery. This includes uncomfortable present-day realties.

“BIG BROTHER IS WATCHING YOU”

On his journey, he rightly notes the government’s increasing intrusion and surveillance of the American public without its consent, and its artificial matrix of what it wants us to know and not know, and the danger that this presents to privacy and democratic principles.

“Is it possible innocent U.S. citizens’ lives are being sabotaged?” Torres asks, citing the fammous case of the harassment and targeting of the great actress Jean Seaburg for her support of Native Americans and the NAACP many years ago, who took her own life. “I believe we have an organization of tyrants working behind the scenes.”

It is also an all too familiar picture of how the government also denies, covers up and controls UFO contact truth, and the disinformation stream that comes with it, throwing some off the real trail for contact truth.

Now with this new first-time book by Robert Torres, whose resume includes being a singer, composer, website designer, magazine editor, audio and computer technician, booker, consultant, manager, photographer, producer, promoter, artist and technical writer, he can now add author to his resume (with more books coming, we can hope).

With “Sin Thesis” Torres has entered into the world as “a voice of an experiencer” that the late Dr. John E. Mack, and S.P.A.C.E. and many others, encourages. Welcome and congratulations!

To purchase this book, visit www.smashwords.com – It is also available as a paperback book at Amazon,

This article is copyright by Harold Egeln with All Rights Reserved. For reprint permission  — contact [email protected] – Egeln is the founder and facilitator of S.P.A.C.E. –the Search Project for Aspects of Close Encounters www.space-ufo-explorer.com ; a longtime professional journalist in New York City who has been a staff reporter for The Brooklyn Daily Eagle, several Brooklyn weeklies and other publications; a NYC Council member’s media aide; executive director of the NYC office of the nonprofit National Committee for a Sane Nuclear Policy (SANE, now Peace Action); an event planner for The Learning Alliance; and is president of the NSS-NYC Space Society, the NYC chapter of the National Space Society.

Most recent posts by Harold Egeln

All posts by Harold Egeln