UFODigest.com » Aliens and UFOs » UFOs & the New World Order – Will They Fake An ET Invasion? 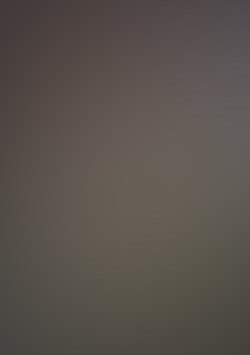 Are the peoples of the world being conditioned for disclosure of the truth about UFOs and extraterrestrial life? Why have governments engaged in elaborate disinformation and outright cover-up when dealing with evidence of ET contact with our planet? Will there be a false disclosure? Are the ‘Powers That Be’ prepared to fake an ET invasion in an effort to bring about a New World Order? What are the political and social challenges, as well as the implications of contact with extraterrestrial civilisations? What are the facts?

These are a few of the fascinating questions raised in the latest New Dawn Special Issue devoted to UFOs, ETs and the New World Order. In this magazine you will discover a diverse range of in-depth articles from leading thinkers, researchers and writers. Long time New Dawn readers will be familiar with the cutting-edge research of Norio Hayakawa, Dr. Steven Greer, Dr. Michael Salla, Whitley Strieber and Nick Redfern.

Much of the mainstream media and academia continue to ridicule, deny and disparage the ever-growing evidence of UFOs, ETs and ET technology. However, prominent world leaders – the late US President Ronald Reagan among them – have spoken of first-hand experience of unidentified flying objects and questioned what the existence of alien life means for our world.

President Reagan, like his predecessor Jimmy Carter, confided to friends that he witnessed UFOs on at least two occasions. This may explain Reagan’s references to what became a persistent theme in his speeches: that an alien threat would unite the nations of the world.

At the historic first summit with Soviet leader Mikhail Gorbachev in Geneva in November 1985, Reagan told the Soviets “that if the people of the world were to find out that there was some alien life form that was going to attack the Earth… then that knowledge would unite all the peoples of the world.”

This same “alien threat” theme was repeated by Reagan in several speeches in the period 1985-1988, foremost among these his historic address to the United Nations General Assembly in 1987. President Reagan told the assembled representatives of all the nations of earth:

“In our obsession with antagonisms of the moment, we often forget how much unites all the members of humanity. Perhaps we need some outside, universal threat to make us recognise this common bond. I occasionally think how quickly our differences worldwide would vanish if we were facing an alien threat from outside of this world.”

Students of political conspiracies believe President Reagan’s “alien threat” may one day be used as the catalyst to unite humanity in a one world super state, a New World Order. They claim this explains why governments are now officially silent. Will UFOs and ET life be used by the ‘Powers That Be’ to further an age-old political agenda?

Dr Henry Kissinger is said to have spoken at the 1991 Bilderberg meeting in France about how “an outside threat from beyond, whether real or promulgated,” would cause the “peoples of the world” to “plead to deliver them from evil.” Kissinger continued:

“The one thing every man fears is the unknown. When presented with this scenario [of an outside threat from beyond], individual rights will be willingly relinquished for the guarantee of their well-being granted to them by the World Government.”

We invite you to check out the wealth of hard-to-find information and unique insights found in this New Dawn Special Issue. Discover little known facts and disturbing evidence that will enable you to decide for yourself about the highly relevant subject of UFOs and the New World Order.

Enjoy the journey of discovery.

The complete list of contents of this magazine is available here: http://www.newdawnmagazine.com/special-issues/new-dawn-special-issue-vol-6-no-5

Obtain your digital copy by visiting: http://www.newdawnmagazine.com/special-issues/new-dawn-special-issue-vol-6-no-5. The cost is US$5.95, with payment via Paypal.

Most recent posts by David Jones

All posts by David Jones