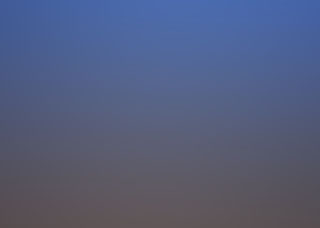 CHILE: Many in Vicuña claim to have seen it, but El Observatodo reached the site of the alleged crash shown in eyewitness photos. This is what we found.
In Vicuña, out of 10 persons interviewed, 8 had heard about the alleged UFO and 5 claimed to have seen it. The photos circulating in the social networks are proliferating all over the web, so the only way to find out for sure was to organize an outing to the crash site itself. So we headed to the hill located in the Los Pimientos farm, which is the site indicated by those who took the first photos and the one associated with the crash that allegedly occurred last Sunday.
Unveiling the Mystery
The site located in the La Compaña Sector is south of the main access road to Vicuña and there are two ways of reaching it. We accomplished this through the Los Pimentos farm, where workers stated not having seen the object, but did see many people trying to reach the site in subsequent days, only able, however, to take photos at a distance.
Inside the farm, there is a single hill showing the poles that appear in the photo, and has an object shining at the same distance as in the original photo. From afar, and unaided, it is hard to tell what it really is, so we decided to climb.
After 30 minutes of climbing along trails, the object referenced in the photo is neither a weather balloon, nor space junk or even a meteorite, as was speculated. It is a repeating antenna with a solar panel that supplies it with power. There is a small brick structure beside it.
From the top of the hill, at a height of approximately 700 meters approximately, no other hill can be seen that presents the characteristics in the photo, or that displays any anomalies.
Patricio Alvarez, the farm’s administrator, also corroborates the fact. “It’s a solar panel, nothing more. Many people have come asking and many have tried to climb, but there’s nothing else. If you look at the photo intently, that’s all there is. Nothing more. The rest of the hill is bald.” 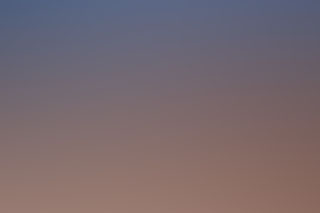 Alvarez does not dismiss the likelihood of a flying object having been seen last week, but rejects that it fell at the site indicated in the first photos. “What happened on Sunday was probably a [weather] probe, but it never fell there, because it would still be there or it could have been heard. We have people working and they would have come to tell me immediately,” he notes.
Alvarez also dismisses suggestions about alleged black pickup trucks having turned up, or vehicles or any other sort, as there is no other way to reach that site other than on foot.
“I Saw It”
But the UFO subject has not caused indifference among anyone in Vicuña. What is more, a quick survey at the center of the city revealed multiple accounts of people claiming to have seen it. People of all ages and professions.
This is the case of Juan Alfaro. “In the afternoon, it fell at the Los Pimientos Farm. It was like a balloon. I saw it, but what it contained within is unknown. What fell was like a balloon, and it tore to shreds. There was fire everywhere,” he says, fully convinced.
Many others have asked about the subject in the local communications media. Carolina Collado of Radio Montecarlo in Vicuña knows it well. Many have contacted [the station] to remark upon the subject. “Many people say they saw it, they took photos of it, but nothing specific. Furthermore, they’re not saying it is a flying saucer but a UFO, an unidentified flying object.”
Collado adds that in any event, this is not the first time it has happened in the area. “This is the second time its happened in the valley (making reference to the “Paihuano Case”). This is the second time. This region is always said to be a passageway from one world to another, it is said. Once even NASA turned up. It was quite a show,” she says.
Conclusions
There are those, of course, who deny the existence of the phenomenon, saying that it is all suggestion or mass hysteria. What we can conclude is that at the site where the alleged UFO crashed, all that stands is a solar panel. But in spite of this, many in Vicuña claim having seen an object over the La Compaña sector, all of them agreeing on the account, although we were unable to find photos or visual testimony of the object in the sky. In any event, the debate remains open.
[Translation (c) 2013, S. Corrales, IHU. Special thanks to Guillermo Gimenez, Planeta UFO]
Visit Scott’s website: THE JOURNAL OF THE INSTITUTE OF HISPANIC UFOLOGY (IHU).