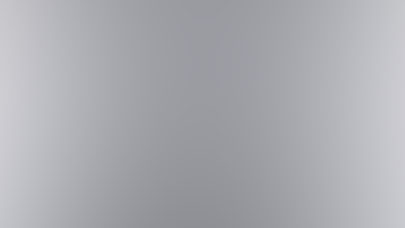 By Viviana Pastor
Drone mistaken for UFO – recorded, uploaded to social media and even published in some newspapers, but what witnesses took for a flying saucer flying over 25 de Mayo Square was in fact a modern device transmitting images from a wedding.
Click here to enlarge top photo.
All it took was a momentary glance at the darkened skies over 25 de Mayo Square and capturing a luminous object moving unusually on a cellphone. It was easy to believe it was a UFO, and once uploaded to social media, the communications media did not hesitate to echo the “extraterrestrial visit” to the center of San Juan (Argentina).
But the strange flying object was indeed identified: It was one of the drones – a small unmanned aerial vehicle – flown by Gustavo Salgado’s company, used to take aerial shots of a wedding held at the Gran Hotel Provincial.
“It was quite a novelty. People froze when they saw the images, because they thought it was a pre-recorded video. They went from viewing the panoramic shot of the cathedral and the square to see the couple dancing. The drone did not vanish, [as seen] by the people who mistook it for a UFO. Rather, it landed on the hotel terrace,” explained Salgado.
What Salgado did on Saturday the 12th was a controlled flight involving a camera-equipped drone and a special GPS system that directs it where to go, what altitude to maintain, where to turn and all other maneuvers. The device did a panoramic shot of 25 de Mayo Square and then landed at a hotel while the images were broadcast live.
GLS Productions – www.glspro.com.ar – specializes in bringing peak technology to social events. “I’m always looking for what’s new. I got started 4 years ago in aerial imagery. I received consulting in Buenos Aires and in San Juan, and for a long time I learned from those who were my pilots. I bought my “gadgets”, created a fleet and learned how to fly them,” Salgado notes. Today, the company has two drones with six engines, hexacopters and one quadracopter, all of them with multiple rotors and remotely controlled. They are outfitted with the latest GPS technology, including gimbals that stabilize the vehicle, with GoPro or Sony cameras attached to them to transmit images.
The smallest of these flying gadgets costs around $40,000. Add to this the insurance to be taken out, since a risk factor exists. But the results are startling, since they manage to obtain images from completely unfamiliar angles and in HD (High Definition).
[…]
[Translation (c) 2014, S. Corrales, IHU with thanks to Guillermo Giménez and Viviana Pastor]
Source: Planeta UFO
Visit Scott’s website: THE JOURNAL OF THE INSTITUTE OF HISPANIC UFOLOGY (IHU)