UFODigest.com » Aliens and UFOs » ZETA CRAFT AND THEIR PROPULSION SYSTEM 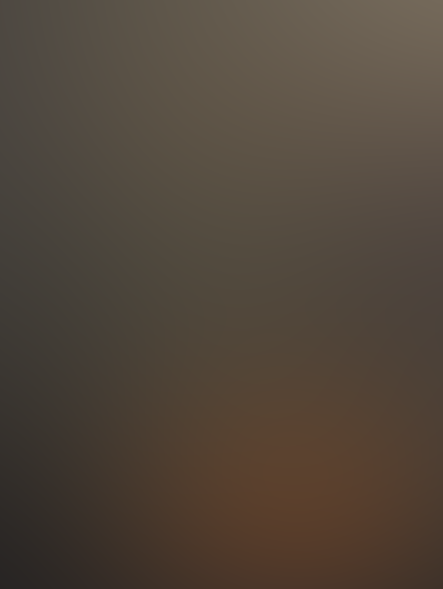 For many years now, certain people all over the world have seen things moving in the sky that they and others cannot explain. We appropriately call them unidentified flying objects or UFOs. A typical shape of these objects is like a saucer and an inverted saucer attached together at the rims, and these have also been called flying saucers. The flight characteristics of the objects often exceed those of human-designed aircraft, so they are thought by many to have an extraterrestrial origin.

Some light has been shed on the properties of such craft in conversations with extraterrestrials we call the Zeta race. Several beings of this race have communicated much information to us via the medium, Paul Hamden. Most of the information specific to craft was published in a book authored by the medium (Hamden, 2010, p. 23). The nature of the craft and its propulsion system is addressed in this article.

The Zetas are physical beings who live in physical environments, but they also have the ability to extend their activities to a non-physical, energetic environment where different laws of nature apply. The energetic realm holds templates, also known as etheric bodies, that define the properties of associated forms in the physical universe. In these non-physical realms, consciousness has the ability to create with thoughts. A model of how this is done is outlined in the book, “A primer of the Zeta race” (Treurniet & Hamden, 2013) in the chapter “Creation and consciousness”. Understanding this chapter is highly recommended, since the creation process is used by the craft’s propulsion system described below.

A Zeta offered the following responses to general questions about their craft and the method of propulsion. Words in italics are direct quotes, and unless otherwise indicated, those in the normal font are the author’s observations and interpretations aided by knowledge of the Zeta cosmology.

The nature of the craft

Our craft are of a nature that are able to support our biological framework. These craft are living entities. Much like a bacteria, they live, breathe, function and create. Each craft is a singular cell, as we are part of the integrated cell (we are keeping this simple). We are able to interact with the craft as “one whole cellular being”. This is why there are no doors to the craft, and why there are no windows.

The craft behaves like a single-celled organism so that it is without doors or windows. A bacterium has transporter mechanisms to import and export material across the cell wall. By analogy, the craft may also have a mechanism for moving beings and materials into and out of its interior. Once inside, beings become one with the craft order to interact with it.

They (the craft) are grown from what was initially a hybrid framework designed by our best technical and scientific beings, so this explains why we have craft who can also “self-heal”. The craft are generic, genetically modified structures. Not all craft have individual operators, but as there are certain parts of our DNA replicated, there is one standard craft for beings to use. There are specific craft for specific beings. These beings are utilized to move in different dimensional aspects of the non-physicality of this physical universe.

This statement says that the craft are designed to respond to operators with Zeta DNA. There is a standard craft that can be used by any Zeta because the craft responds to certain segments of DNA shared by all Zetas. There are also specific craft that respond to unique sequences of DNA possessed by particular Zetas. The latter craft and operators are used to move to and from non-physical dimensions of the universe.

The Zeta adds that the craft, like all living things, needs sustenance or a source of energy to survive. He says, “There is a basic life force woven into the fabric of the universe. This energetic form, waveform, feeds and nourishes these cellular craft.” For the Zeta, the basic life force of the universe is the energy of consciousness. Everything that is and can be experienced is constructed from this fundamental substrate. Clearly, this is the source of the energy required by the craft to function.

Communication with the craft can be telepathic. We are told, “An astral form is needed or thought projection, but realize this, the thought must be of a very specific nature. And there are biological barriers around craft to stop certain energies from penetrating through the ‘craft’ which we class as a ‘being’.”

But not all operations require telepathic communication. “If we wish to see outside, not via telepathic methods, we simply compel the side of the cellular structure of the craft to move to a different state. This allows us to see through to a physical dimensional state.” Further, Paul Hamden has had the opportunity to view the interior of a craft and the means for communicating with it. He says, “The craft which are biological entities have symbols placed in strategic positions, the biological structure of the internals of the craft facilitate the actions of the symbols, the symbols provide the functionality and mechanism for interaction with the sentience of the craft.”

In the interdimensional areas where the physical rules of this universe do not relate, we are able to assimilate to that state by changing cellular form, as a chameleon would change colours; this is how we “physically” move from one place to another. When a craft dematerializes, the occupants “are part of the process, but shielded by the actual craft as well.”

The Zeta tells us that the craft’s physical movement can involve entering and leaving an interdimensional state, and this process is analogous to the colour change of a chameleon. In several other conversations with the Zetas, a change in colour was an analogy for moving to a different state of consciousness. If that was intended here as well, a craft would enter and leave an interdimensional state by recreating itself each time using appropriate states of consciousness.

The Zeta craft can access the energetic realm to change its location in the physical realm. A Zeta introduces this method of travel using an analogy.

Imagine if you will a single sheet of fabric. Each thread in the fabric is closely related, this is a linear version of a magnetic grid. Now place many layers of fabric together, you now have a three dimensional block of fabric. The threads are interwoven, directional. How does one move from within the vertical structure to the horizontal levels?

In this scenario, the fabric is of a physical nature, but if the fabric is of an energetic nature, then there is a strong matrix of threads between all layers. This means, in a physical universe, a craft can manoeuvre forwards, backwards, diagonally and sideways. The craft are moving on “etheric rails”. They are drawn into the craft and used as a “matter of state” propulsion process. These “rails” are of a nature that the craft can move in any direction as it is using the matrix, like a tractor beam. The craft is taken, “pulled”, in the direction it wishes to go. Imagine a container of water in a cube form; can a fish swim in any direction? This is the same process. The matrix is a living field.

In the analogy, the matrix is described as a physical object. However, it becomes clear that the matrix also exists as an etheric body in the energetic realm. Etheric threads connecting the matrix nodes are described as rails that guide the direction of movement of the craft. As the craft’s etheric body is pulled along the vertical and horizontal rails of the etheric matrix, the physical body of the craft follows and moves through the space containing the physical matrix.

The “threads” of the etheric matrix are drawn into the craft and acted upon by a “matter of state” process. The Zeta’s use of the word “state” usually refers to “state of existence”, or the “level of consciousness” available to the creation process. Thus, the “matter of state” process implies that the consciousness of the craft uses the creative process to alter the position of the craft’s etheric body relative to the frame of reference provided by the matrix. The craft’s form in the physical realm would follow.

As an aside, a Zeta was asked to explain the teleportation sometimes seen in physical mediumship séances. For example, a ping pong ball was moved to the inside of a sealed glass aquarium. The Zeta responded, “The etheric body was moved to the other physical location, and matter then followed.” This corresponds well to the description of craft propulsion in the matrix.

Further support for this interpretation was given when the Zeta said, “Separation of matter at its finite form allows for the process of wave shifting. These waveforms allow a level of interaction with the energetic field that ‘is and always is’.” The etheric body, separated from its matter counterpart, is said to consist of waveforms. The movement of these waveforms along a matrix thread is called “wave shifting”. The process of wave shifting involves interaction with the field that ‘is and always is’; that is, the energy of source consciousness. So the craft’s intention to move invokes the creative process at a particular level of this consciousness field to relocate its etheric body in the matrix.

All posts by William C. Treurniet