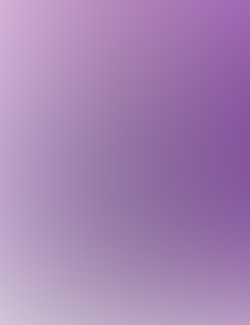 I had a vision in the second journey in which I saw myself onboard like a spacecraft that Atlantis would have. They would have craft that levitated. I saw myself coming to South America with sacred tools and I’m pretty sure the Blue Skull was one of these tools. So I kind of may have been involved in bringing it back to the area where it first came to in Lemuria. Of course, Lemuria has been destroyed, Atlantis has been destroyed, so just the mountain and these stones is all that is left of what we see now.

If you missed Part Two of this series click here!  https://www.ufodigest.com/article/conversation-joshua-shapiro-search-blue-crystal-skull-part-two0406

Then what I also was told is that the Blue Skull was inside the city in the mountain, and then eventually two messengers from that city came and visited the Lord of Sipàn, which is the spirit that’s been guiding me. He was gifted this crystal skull while he was the ruler of Sipàn and told he could only keep this crystal skull for a certain period of time and when it was the right time then he needed to return it. He would have to bring it back to the people who gave it to him. What I was told was that one of the people that was buried with him was his advisor who was married to his daughter and that I was that advisor. He asked me to take this skull back and bring it to these tall people. Eventually I found this area in the mountain where I saw the skull face and I left the skull on the mountain where the people inside took it in for safekeeping. This was the information that came to me.

After I got all this, I went back to the camp and started writing it down. I had the most terrific headache that you could imagine. It was excruciating. Somebody was literally impressing in a short period of time a lot of knowledge and information that I had to write down. The whole point of these three journeys I took to Peru was that every time I would go back, each day I would write down everything that happened in my journal. Because the problem is when you go to Peru, you’re going into a higher energy vortex at some of these ancient sites, and you have experiences on other levels of consciousness, and you’re not going to remember everything when you come back to the so-called “normal” world. So I made sure that I wrote the notes down.

Even as I was editing this book, preparing it to be printed, half the stuff that I wrote in these journals I didn’t remember. It was like I’m reading a new story. So, after I got the history, whoever was the spirit communicating with me or was talking to me said that energetically I was not prepared and ready to see the Blue Skull yet on this first visit in 1997. This is the reason I didn’t see it. I would have to come back some more times before it would be time for me to see skull. But I didn’t know when my next visit to this area would be.

So essentially, these are experiences that happened to me on the first trip. The second and the third trip, which I talk about in the book, were just adding some more insights around the Blue Skull and other aspects of its history. But this is what my understanding of the Blue Skull is. And since that time in 1997, it’s like energetically the Blue Skull has always been with me. What I’ve done is I’ve asked it to sit on my right hand and, when it does so, I actually feel a weight on my hand when this happens. I’ve asked people to put one of their hands over mine when the Blue Skull is there etherically and they feel a tremendous energy. My sensing is the following about the Blue Skull: it is a living consciousness unto itself. There will be no person who will physically discover this skull. It will just come out when it’s ready to appear and humanity’s ready to have contact with the skull. Its vibrational frequency is extremely high, and I get the sense that if it came out now, people would either become violently sick around it or disintegrate because they couldn’t deal with the intensity of the energy as it is now. This is part of the reason why the other skulls that have been coming out of Mexico and Central America,  to prepare us for these more powerful skulls, have our bodies adapt to this higher energy. That’s my story, what happened to me when I went to Peru.

Q. Is there anything you wish to add? Some kind of final comment you’d care to make?
Joshua: Sure. I think the year of 2013 is a very important year, more important than 2012. Because this is the year when whatever people are thinking about that they wish to create in their lives is going to happen almost instantaneously. For example, this can either be something really positive that they want to have in their lives, or it could be things that they want to avoid. I think the vibrational frequency of the planet is at a point now where some type of more direct contact with other Evolved Beings is inevitable. If it doesn’t happen this year, it’s going to happen within the next year or two.
This contact doesn’t necessarily mean extraterrestrials. It could be the descendants living in these cities from Lemuria. It could be the people in the Inner Earth. It could be people from other dimensions that are coexisting with us. It could be like in the TV series “Fringe,” where they were shown a parallel dimension of the Earth. Something of a miraculous nature is getting ready to happen. And the crystal skulls, which I’ve seen many of them in my over 30 years of being involved, seem to me to be acting like little mini-energy vortexes activating spiritual gifts, spiritual insights into people they have contact with. Also, my partner Katrina, a lot of times when we’re traveling she sees the skulls working with the electromagnetic gridline of the planet, which also has a lot to do with the spiritual evolution of what’s happening, the repair work that’s going on.
Thus, coming back to my original message, if people would just be who they are instead of who other people tell them to be, to just go with their intuition, go with their gut feelings, this is the way that things are going to move forward and many interesting doors are going to open. I think more and more people are going to start sharing about their spiritual or paranormal experiences.

But most definitely there is a strong desire by these other intelligences, whether they’re spirits or extraterrestrials, to make a more direct contact with us. They’ve been doing it gradually because a lot of people I think may be afraid of this. It’s something that’s invisible. But there’s a book on Atlantis that I found in the library that says something very interesting. It was supposed to be a transcription of actual documents written in Atlantean, talking about life that existed I think probably about 12 or 13 thousand years ago. And they said a profound statement. “Everything that exists in the visible has to come from the invisible.” Now that’s a very profound statement because every object – like I’m looking in my room here – every object that exists here which I can see was created by an individual who had an idea in his mind, which is the invisible, that eventually becomes the visible.
So that’s why I think this contact with these so-called intelligences is in what we call the “invisible” because our physical senses can’t detect them. There is something special coming up. I know that the crystal skulls have played a key role in Earth’s past and I’m assuming the same in regards to the true purpose of what the Blue Skull’s true work will be in our future. It’s also getting ready to come out soon, I think. Because the Blue Skull INSISTED that I put this book out at the end of last year, which I did as an e-book, and into this year, in the printed edition. So I’m really excited about what’s coming up in 2013 and beyond.
[If you enjoyed this article, please visit Joshua Shapiro’s website at www.crystalskulls.com. To read more by Sean Casteel, visit his “UFO Journalist” website at www.seancasteel.com]
For more information or to purchase this book through Amazon Com simply click on the book’s title: Journeys of the Crystal Skull Explorers: Travel Log # 2: Search for the Blue Skull in Peru