UFODigest.com » Aliens and UFOs » AMERICA’S SPIRITUAL DESTINY – FROM UFOs TO THE PROPHECIES OF THE PRESIDENTS 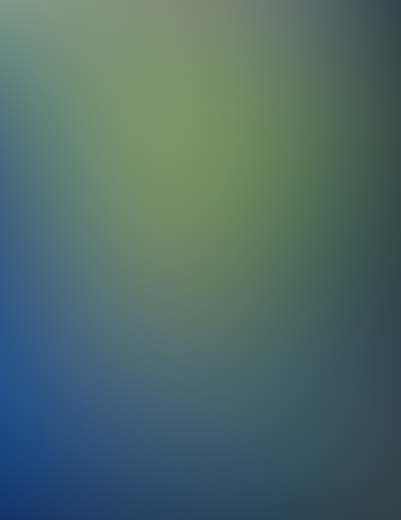 I have written here previously about a new book from Tim Beckley’s Inner Light/Global Communications publishing house called “America’s Strange and Supernatural History,” which recounts numerous little known paranormal and simply weird moments in the life of this nation. Everything from the “survival cannibalism” that took place one savage winter in the American colony of Jamestown to the mid-20th century crime spree of a disgruntled chemistry student, dubbed the “Mad Gasser,” who used an aerosol anesthetic as a weapon to the 18th century shapeshifting, werewolf-type transformations of those foolish enough to have broken Lent seven years in a row in the French enclave of Vincennes, Indiana, are part of the heritage of the United States.

The bulk of the first section of “America’s Strange and Supernatural History” was written by Tim R. Swartz, but also includes the contributions of Wm. Michael Mott, Olav Phillips, Tim Beckley and, in the interest of full disclosure, myself.

It is the second section of the new release that concerns us here: a reprint of the rare – but often referred to – “Prophecies of the Presidents: The Spiritual Destiny of America Revealed” by the aforementioned Tim Beckley and his late coauthor, Arthur Crockett. The authors make us aware that not only did our former presidents have contacts with the divine, they were also cognizant of their predestined place in history and readily accepted guidance and help from above.

The presidents have also had their share of UFO contact along with matters more directly occult. The fact that Jimmy Carter saw a UFO in October 1969 and stated so publicly in 1973 is generally known among UFO enthusiasts, as is Carter’s unfulfilled campaign promise to unlock the government’s secret files and open the subject to public scrutiny. 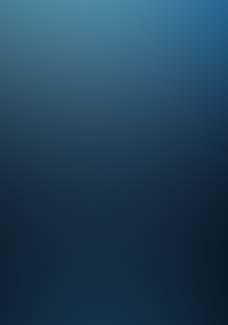 But “Prophecies of the Presidents” actually reprints the official report that Carter filed with the now-defunct National Investigations Committee on Aerial Phenomena (NICAP) as well as quoting comments from Carter’s press secretary, Jody Powell, who told reporters: “I remember Jimmy saying that he did in fact see a strange light, or object, at night in the sky which did not appear to be a star or plane or anything he could explain. If that’s your definition of an unidentified flying object, then I suppose that’s correct. I don’t think it’s had any great impact on him one way or the other. I would venture to say that he probably has seen stranger and more unexplainable things than that during his time in government.”

Perhaps less well known is the story of President Dwight D. Eisenhower’s meeting with beings from outer space said to have taken place on February 20, 1954. Beckley and Crockett say the story has been confirmed for them by a member of the British Parliament of their acquaintance, among others. Eisenhower was vacationing in Palm Springs when he was summoned to Murdoc Airfield by high-ranking military officials. Murdoc was later renamed Edwards Air Force Base and served as the landing field for the space shuttle. Eisenhower canceled a scheduled news conference to go to Murdoc with the official explanation being that he was at the dentist.

Eisenhower and a handful of U.S. officials watched as five alien craft landed and the aliens disembarked, appearing something like humans but by our standards “misshapen.” The aliens asked Eisenhower to begin a public education program about them for the American people and eventually the entire Earth. Eisenhower allegedly replied that the world was not ready for such an announcement and the aliens agreed to contact only isolated individuals until the people of Earth got used to the idea of their presence.

After demonstrating some of the capabilities of their spacecraft – and making the entire presidential contingent quite nervous by showing that they could become invisible at will – the aliens boarded their ship and departed. It is a generally accepted theory that we are currently experiencing a cultural conditioning program intended to help us gradually accept the fact that aliens are real and already among us, as the aliens requested that day at Murdoc.

Although Robert F. Kennedy never became president, he was a politician with enormous clout and influence whose political star was very much in the ascendancy when he was assassinated in 1968. The reader may not be aware that he had a definite belief in UFOs. In a personal letter to publisher Gray Barker of the Saucerian Press, Kennedy noted that he was a card carrying member of the Amalgamated Flying Saucers Club of America and indicated that he accepted the stories of those who claimed to have encountered aliens from other planets.

Kennedy wrote: “Like many other people in our country, I am interested in the UFO phenomenon. I watch with great interest all reports of Unidentified Flying Objects and I hope someday we will know more about this intriguing subject. Dr. Harlow Shapely, the prominent astronomer, has stated that there is a probability that there is life in the universe. I favor more research regarding this matter and I hope that, once and for all, we can determine the true facts about flying saucers.”

What is important about stories like these, especially the Carter and RFK stories, is that they place the UFO phenomenon in a real-world setting where our leaders grapple with the unknown the same way we do and also burn with a curiosity they long to see satisfied. We are comforted that UFOs are not just a fixation of the fringe elements of society but are of genuine concern to even our most highly placed officials.

Before that fascinating sojourn into presidential UFO lore, Beckley and Crockett begin by declaring that America has an important role to play in the coming New Age, what the authors call “an age of reason and enlightenment which is soon to engulf the entire planet we live on.” Nothing in human history happens by chance, they believe, and so God intended the U.S. to help lead the entire world in the direction of freedom, love and perfect balance for all mankind.

“There is every reason,” the authors write, “to believe that many of our Founding Fathers were reincarnated philosophers from Greece and Rome (and perhaps other planets) who originally lived in the time of Atlantis and had reentered physical shells in order to help reshape the history of the planet for centuries to come. Their main objective was to steer humans on the proper course and to see that this great nation got off on the right foot.”

Reading this for the first time, I was struck by what an ingenious combination of various ancient spiritual ideas this concept was. When the authors speak of the Founding Fathers voluntarily being reincarnated to the physical plane to help guide America’s birth, one is reminded of the Buddhist concept of the Bodhisattva, enlightened spirits who forego nirvana and willingly incarnate to happily share in the miseries of the world. Meanwhile, the authors’ belief that our leaders are not selected by mere chance recalls the words of Saint Paul from the book of Romans, Chapter 13:1: “Let every person be subject to the governing authorities. For there is no authority except from God, and those that exist have been instituted by God.”

Having mixed for us this heady cocktail of spiritual optimism and patriotic fervor, the authors next tell the story of George Washington, whom they say was supernaturally implanted with an indomitable faith in this country that saw him through the darkest parts of the Revolutionary War. Later in his life, Washington wrote a letter to the governor of Connecticut in which he stated that it was “almost possible to trace the finger of Divine Providence through those dark and mysterious days which led the colonists to assemble in convention, thereby laying the foundation for prosperity when we had too much reason to fear that misery and confusion were coming too rapidly upon us.”

There had been moments in the war when Washington could be seen to openly weep, especially during the difficult winter of 1777, when his forces had suffered severe reverses on the battlefield and were close to starvation and freezing to death. He made a daily habit of going into a thicket, out of sight of his troops, to drop to his knees in prayer and ask for aid and comfort from God.

One day Washington gave strict orders that he not be disturbed in his headquarters so that he could draft an important dispatch without interruption. At one point he looked up and was startled to see a lovely young woman standing before him. She was by far the most beautiful creature he had ever seen, yet she had violated his privacy, so he asked her why she was there. After he had repeated the question four times, with no reply, he began to feel strange sensations and found himself unable to rise to his feet in the normal way of a gentleman greeting a lady. The room began to glow and Washington wondered if he was now dying.

Finally, the woman raised her arm to the east and said, “Son of the Republic, look and learn.” There followed a series of visions in which Washington was shown that the American nation would one day spread from the Atlantic to the Pacific Ocean. Another vision seemed to forewarn Washington about the Civil War to be fought less than a century hence. A third vision prophesied an invasion of America by the combined forces of Europe, Asia and Africa, which the authors link to the book of Revelation, Chapter 9:13-16. Those verses speak of troops that will be 200 million in number and wage war in the Last Days. Washington’s visions concluded with the promise that America will emerge victorious from that future conflict and that her union will stand as long as there are stars in the sky.

WASHINGTON APPEARS IN A VISION TO GUIDE THE NORTHERN ARMY

Washington is said to have appeared in a vision to Union General George B. McClellan at a point in the Civil War when the prospects for a northern victory seemed bleak. Washington warned McClellan that Confederate troops were set to descend on the nation’s capital and score a decisive victory.

“General McClellan,” Washington’s voice spoke with amazing clarity, “do you sleep at your post? Rouse you, or ere it can be prevented, the foe will be in Washington! You have been betrayed, and, had God not willed it otherwise, ere the sun of tomorrow had set, the Confederate flag would wave above the Capital and your own grave. But note what you see. Your time is short.”

AMERICA’S STRANGE AND SUPERNATURAL HISTORY: INCLUDES PROPHECIES OF THE PRESIDENTS
COSMIC REVELATIONS TILL THE END OF TIME
DARKNESS OF THE GODS AND THE COMING OF PLANET X