UFODigest.com » Aliens and UFOs » AMERICA’S STRANGE AND SUPERNATURAL HISTORY – PROOF POSITIVE THAT WE ARE A WEIRD NATION 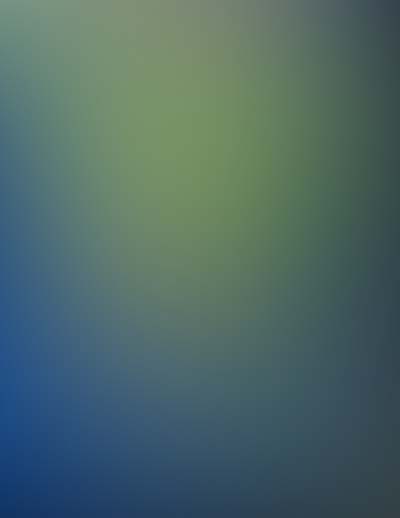 Words like “strange” and “supernatural” are admittedly relative terms whose true meaning exists in the mind of the beholder. What one person calls strange and supernatural, another might call commonplace or, conversely, too unreal to even contemplate taking seriously.

But when reading “America’s Strange and Supernatural History,” a recent offering from Tim Beckley’s always-cutting-edge publishing house, Inner Light/Global Communications, it is not so easy to make convenient distinctions between what is real and what is laughably dismissible. The book consists primarily of historically documented facts as reported at the time, facts which, although not deliberately concealed, have nonetheless been omitted from the average history classes one takes while growing up in this country.

For example, do any of you recall being taught that there were instances of cannibalism in Jamestown, the oldest permanent English colony in the Americas?

Also read: THE INVASION OF THE PHANTOM MARKSMEN

Historians have long acknowledged the truth of what is eerily called the “Starving Time,” the harsh winter of 1609, and the horrors the colonists were subject to in their struggle to survive.  In May 2013, a team of archeologists announced that they had excavated a trash pit at the Jamestown colony site in Virginia and discovered physical evidence that erased any lingering doubt: the skull and skeleton of a 14-year-old girl were unearthed that bore cut marks indicating that her flesh and brain had been removed, clearly to feed the starving people, according to a forensic anthropologist employed by the Smithsonian Institution.

The colonists found themselves in such dire straits due to extreme drought in the region coupled with the fact that their relations with the neighboring Native-Americans had deteriorated to the point that the local natives were unwilling to help them. A supply ship the colonists had been counting on was lost at sea and most of the settlers did not have even rudimentary farming skills.

George Percy, the president of Jamestown during the “Starving Time,” wrote a letter in 1625 in which he described how, after they had eaten horses, dogs, rats and other vermin, they were forced to dig up the corpses of their own dead and use them for food. The colonists were rescued in May of 1610 when settlers who had been marooned in Bermuda arrived to find 60 skeletally thin survivors.

“America’s Strange and Supernatural History” also includes the tale of prospector Alferd Packer, who confessed to eating some of his fellow gold-seekers after the group became snowbound in the Rocky Mountains in 1874. Packer had been born “Alfred,” the familiar spelling, but after receiving a tattoo that misspelled his name as “Alferd,” he decided it was easier to change his name than the tattoo. He was initially sentenced to death for his crimes, but his sentence was commuted to 40 years and he was later freed. He died in 1907 at age 65 of “senility, trouble and worry.”

The bulk of the first section of “America’s Strange and Supernatural History” is written by Tim R. Swartz, a veteran journalist in the field of UFO and paranormal research. He covers a great deal of territory, such as the discovery by archeologists of the skeletal remains of apparent giants throughout the United States.

For example, in 1833, at an army outpost on Lompock Ranchero in California, soldiers digging a foundation for a powder magazine found a stone coffin containing the skeleton of a man who in life would have stood over 12 feet tall. The local Native-American medicine man said the bones were that of an “Allegewi,” a race of giants who had occupied the land before the Indians. The Allegewi were fierce creatures who would raid the Indian villages to carry off women and children to eat until the various local tribes finally united and wiped the Allegewi out in a bloody war. Having explained the skeleton’s origins, the medicine man then demanded that the giant’s bones, which were believed to still contain the spirit of great strength and cunning, be turned over to the village. The bones were eventually reburied in a secret location and have yet to be rediscovered today.

Swartz also recounts numerous stories of “sky falls,” some dating from the 1800s, in which everything from flakes of venison and mutton to mysterious rocks to living alligators have descended from above with no explanation. According to another chapter written by Swartz, there have been several instances where people have become mysteriously sickened by apparently poisonous fumes that defy chemical analysis and seem at times to be related to UFO appearances in the same general areas. One such incident happened in Springfield, Massachusetts, in 1986, causing the evacuation of 10,000 workers and students. One public health official said at the time that the source of the fumes may never be identified. 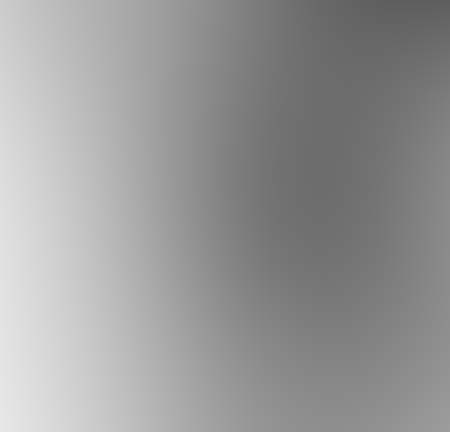 “The Mad Gasser of Mattoon” was no joke. His bizarre crime spree scared many townspeople half to death.

“The Mad Gasser of Mattoon” also rates a chapter in this book on uniquely American weirdness. The “Gasser,” one learns, was not an escaped Nazi or a crazed ape-man, as some early reports had suggested, but was instead a vengeful grocer’s son named Farley Llewellyn, who was angry that his community of Mattoon, Illinois, seemed to think less highly of him than he felt was warranted. Farley had majored in chemistry at the University of Illinois and had built a full-scale chemistry laboratory on his family’s property. Only days prior to the first “Mad Gasser” attack, one neighbor recalls hearing the sound of an explosion coming from Farley’s lab.

Beginning in September, 1944, the local “Mattoon Daily Journal-Gazette” reported on the recurrent attacks of an “Anesthetic Prowler” who would subdue his victims by spraying them with an unknown form of gas. One woman said she had been asleep at home when she awakened to a “sweet, sickening odor.” The odor grew stronger and she realized that her legs and lower body were paralyzed. She became frightened and screamed to her sister for help. Her sister came into the bedroom and also noticed the odor. The woman told her sister of the strange sensation she was feeling and said she was unable to move from her bed. A neighbor later confirmed seeing someone lurking outside the woman’s bedroom window in the early hours of the morning.

The gas attacks persisted for some time, motivated by some inner need to torment the townspeople, though Scott Maruna, who has written a book on the Gasser, believes that Farley’s ultimate aim was probably to blow up the entire town of Mattoon. The police could never conclusively prove that Farley was the culprit, but, after the last gasser attack, his family had him committed to a state mental institution, where he lived for the remainder of his life. After his book was published, Maruna received correspondence from people claiming that similar “gasser” sprees had taken place in their cities as well, from Virginia in the early 1930s to Pennsylvania, South Dakota, Texas and Ohio in subsequent years.

Swartz concludes the chapter by noting that, after the Mattoon incidents had run their course, the phenomenon was given little to no media coverage. Since the Mattoon spree had never been completely understood or explained, it was sometimes blamed on “hysteria,” which at the time was quite a shameful term, and the entire Mattoon community had been subjected to ridicule in the national news media. Other communities that later suffered similar attacks were understandably hesitant to publicize them. 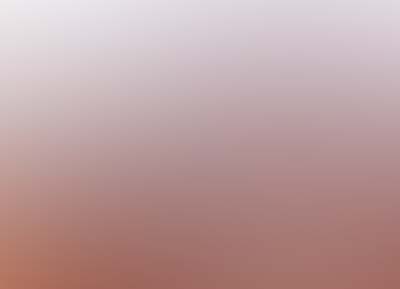 In a chapter called “An Unnatural History of Indiana,” Swartz chronicles some of the stories of “high strangeness” in the Hoosier State, to include lake monsters, Bigfoot sightings, anomalous big cats, UFOs and more. A creature called a “Loup-garou” was said to haunt the early French settlers of Vincennes, Indiana, taking various frightening forms as it shape-shifted its way through their nightmares. It was said that a person might become a Loup-garou by breaking Lent seven years in a row. He would thus become condemned to roam each night through the fields and forests as an enraged animal. During the day, he would return to his human form, though he was continually morose and sickly and fearful to speak of his predicament lest some worse fate befall him.

The first half of “America’s Strange and Supernatural History” is rounded out by chapters from Timothy Green Beckley, Wm. Michael Mott and Olav Phillips.

Beckley, along with Circe, his longtime female friend, returned to Sleepy Hollow, New York, home of the famous “Headless Horseman” legends. Beckley writes in his usual lighthearted, humorous way of doing the “tourist” thing with Circe, enjoying the local food and libations. But his attitude shifts to one of measured sobriety as he recalls that this same part of New York was the scene of frequent sightings of huge, triangle-shaped UFOs, seen by thousands, in the early to mid-1980s. Beckley and Circe crossed the state line into Connecticut, where giant jack ‘o’ lanterns are said to have harassed locals shopping at a farmers’ market.

The pair purchased a copy of Washington Irving’s book on the Sleepy Hollow legend at a local souvenir stand and Beckley quotes it thusly: “A drowsy, dreamy influence seems to hang over the land and to pervade the very atmosphere. The place still continues under the sway of some witching power that holds a spell over the minds of the good people, causing them to walk in a continual reverie. They are subject to strange sights and hear voices and music in the air.”

Contributor Olav Phillips discusses whether the ancient Lemurians, a Pacific Ocean race similar to the fabled Atlanteans to the east, erected the mysterious walls found in the eastern part of the San Francisco Bay area. The walls stretch for some 50 miles, all the way to San Jose, and are six feet high.

“To say that is a massive engineering project,” Phillips writes, “is somewhat of a misnomer,” adding that the walls would have taken a huge labor force decades to construct and involved the use of considerable resources – and all for some unknown purpose, something beyond simple celestial alignment or ritual structures. Phillips’ theories on what the East Bay walls are really all about makes for a story of American strangeness you won’t likely find anywhere else.

One may not often think of Mississippi as rife with the paranormal, but researcher and writer Wm. Michael Mott is here to tell you different. Over the years, he has collected many interesting anecdotes from the area, including stories passed down to him from his parents, grandparents and even great-grandparents.

“While many of these accounts,” Mott writes, “seem at first glance to be more or less ‘standard’ types of UFO and strange creature accounts, they actually vary in very distinctive ways which place them more in line with historical accounts of phenomena of a supernatural nature. Some are strangely reminiscent of Marian apparitions, angelic visitations and demonic manifestations from the Middle Ages up through the present day.”

We all know America is strange and has always had its share of the supernatural to mystify and enthrall, but reading “America’s Strange and Supernatural History” will amplify that perception to an ear-shattering degree, perhaps even to what is called in audio circles “the threshold of pain.” But that’s not all the book has to offer. A later article will deal with the second half of the book, called “Prophecies of the Presidents,” which cranks the weirdness up to the level of our Chief Executives, whose documented struggles with paranormal and occult mysteries will raise the eyebrows of even the most jaded of political cynics. Look for it on this website soon.

AMERICA’S STRANGE AND SUPERNATURAL HISTORY – INCLUDING PROPHECY OF THE PRESIDENTS

DEATH VALLEY – MYSTERIES AND HAUNTS OF THE MOJAVE DESERT