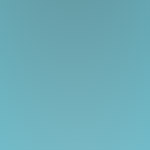 The official view of the Editor and Publishers of UFO Digest is that The United States of America did land on the Moon in  July of 1969.

However, it is a well-know theory among many UFO researchers and space historians that the USA did not land on the Moon and the entire Apollo Moon Program was a global hoax, conducted as psychological warfare operation on the part of th NASA and the CIA to insure that the capitalist economiy system should prevail over Communism in the worldwide war fo hearts and mnds in the 1960s & 1970s, and which continues today.

Today, freedom of speech is being assailed, assaulted and challenged across the United States and around the world.  Therefore, in support of freedom of speech and self expression  we happily give vent to the ideas and view of Patrick O’Carroll in regard to the so-called “fake Apollo Moon program.”

ONE GIANT LIP FOR MANKIND

In reality, there was no “Eagle”. The Turkey never even left Earth, let alone land on the “Moon” or take off again.

In reality, NASA pulled off one of the biggest Canards of the twentieth century.

NASA is largely a bunch of luciferian-Freemasons, alchemical sorcerers and illusionists, who put on costumes, pretend to be “scientists” and turn the lowest-budget movies and the lowest-quality CGI images and videos into veritable trillions of dollars. NASA gives its ventures lofty titles like experiment, endeavor, enterprise, adventure, project, chance, feat, exploit, undertaking, peril, hazard, pursuit and challenge, but they might as well call it Cosa Nostra because NASA is just the Mafia in fancy dress.

This article has pinpointed well over two-hundred anomalies, paradoxes, ambiguities, absurdities and downright errors in the official-truth narrative claimed by NASA and defended by its shills, propagandists, gophers and by “Apollogist” websites. Arthur C Clarke referred to the Apollo 11 Hoax as “A Hole In History” and invented an occult concept about a “moon” monolith having sides in the precise ratio of 1 : 4 : 9 (1² : 2² : 3²), whose function was to mentally test various group members. So although this article raised over two-hundred questions, let us distill our list down to 149 questions in honor of Arthur C Clarke’s creepy monolith.

In a nutshell, please ask NASA to plausibly answer the following 149 still-open questions or conundrums:

After reading this article, you should no longer be on NASA’s side in defending its approach of refusing to answer questions, because that would automatically make you yourself a part of the Apollo “Moon” Hoax conspiracy.

This has been an exhaustive investigation just like a good old-fashioned, thorough investigation led by Lieutenant Colombo, except with one major difference: Lieutenant Colombo had the authority to get answers to his probing questions, whereas NASA spokesmen are still allowed to bark “No Comment”, to parry and to lie with total impunity, without fear of being arrested or held in any way accountable. Is it not high time that was changed?

If you have not already passed the “Project Apollo Hoax Intelligence Test” set for you by a bunch of swindling “NAS-holes”, is it not high time you chose to do so? Is it not really time you considered taking that One Giant Leap For Mankind?