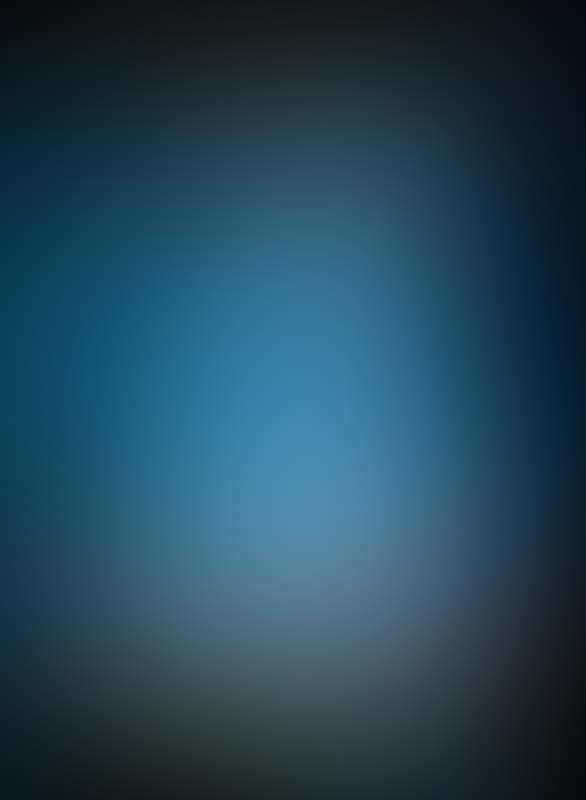 Tim Beckley, the CEO of Inner Light/Global Communications, has always had a healthy interest in helping his customers make their personal spiritual journey to some kind of positive, joyful outcome. While Beckley resists some of the more “preachy” literary paths to salvation, he does inject into the marketplace a goodly amount of information intended to firm up your faith that there are patient, heavenly forces reaching out to those who are open to them.

Not only do these heavenly force reach out to us, we are provided with a method of reaching out to them as well. Which is the subject of a recent release from Inner Light/Global Communications called “Angel Spells: The Enochian Occult Workbook of Charms, Seals, Talismans and Ciphers.”

Perhaps some explanation about what the word “Enochian” in the title means. It refers to an “angel summoning” system first developed by John Dee, the most respected scholar of his day, in the 1500s when Queen Elizabeth I ruled over England. Dee, working with a psychic partner named Edward Kelley, attempted to open communications with the angelic realm.

I learned from my initial research into Dee and Enochian magick that it is an astonishingly complicated subject, so I turned to an expert. Aaron Leitch is the author of several books in the field that attempt to make the study a little easier for the uninitiated. Leitch told me that in the apocryphal Book of Enoch the prophet Enoch is said to have communed with angels on a regular basis and even to have been taken up to heaven and given a tour of the place. The book was later rejected from the Biblical canon and it was impossible to find a copy anywhere after it had been outlawed by the early Church many centuries before Dee’s time.

But Dee knew about the legendary Book of Enoch. He wrote in his journals that if Enoch, Ezekiel, Daniel and all the other prophets old had gotten their wisdom directly from angelic sources, why couldn’t he do the same? So he began to explore occultism, reading medieval Christian magickal texts such as “The Keys of Solomon” and other sources that instructed the practitioner on how to call down angels and command demons.

Dee and Kelley would eventually create their own system for summoning angels that fused together the Jewish mystical work, the Kabbalah, along with the then current trends in Christian mysticism. Dee never called his system “Enochian Magick,” however. That label was later applied by historians in reference to Dee’s dedicated interest in the prophet’s long lost book. But Dee saw himself as a faithful Christian even though his religious practices might have seemed a bit strange to his average fellow believers.

Having summoned the angels, either as a vision in Kelley’s scrying stone (a variation on the more familiar crystal ball) or as audible speaking voices, Dee would write in his journal whatever the angels imparted. The problem quickly arose, however, that something besides the Queen’s English was needed to make the conversations more authentic, more meaningful. What was to Dee a completely unknown tongue (sometimes called “The Language of Eden” because it was believed to have first been spoken by Adam in the Garden) was revealed to him by his angels. The language came to be called “Enochian” because it was given to the world by Dee in the course of his work.

“Angel Spells: The Enochian Occult Workbook of Charms, Seals, Talismans and Ciphers” includes the complete Enochian Keys, which are the requisite invocations to be spoken to summon the angels in both their preferred Edenic language and in English. There are also guides to pronouncing the Enochian words should you wish to experiment with all this a little yourself. According to author Aaron Leitch, who has written a two-volume study and analysis of the language called “The Angelic Language,” one can bypass a great many of the complicated rituals, mathematics and encrypted instructions along with the language and still have a satisfactory angelic contact experience.

DID ENOCH HAVE AN ALIEN ABDUCTION EXPERIENCE?

And where do aliens fit in all this? The Book of Enoch has long been thought to contain elements of a typical alien abduction experience. Enoch is roused from his sleep by two angels and taken aloft to tour heaven. He is given information on the workings of the cosmos and then returned to his home. There is a school of UFOlogy that equates the angels who abducted Enoch and Biblical stories like Elijah’s journey to heaven aboard a fiery chariot with basic elements of the present day UFO phenomenon. Dee sought to contact the same beings who had so graciously kidnapped Enoch, and it is left to us to wonder if he succeeded.

“Angel Spells” also tells the story of the legendary occultist Aleister Crowley’s experiments with the Enochian magick he had learned while a member of the Hermetic Order of the Golden Dawn, an occult society founded in London in 1888. After Crowley broke with the Order, he continued to refine what he was taught until it became his own system. While on vacation with his wife in Cairo in April 1904, he received a surprising response to his many years of practicing Enochian magick: the appearance of “Aiwass,” or “Aiwaz,” a being Crowley regarded as super-human. The drawing that Crowley made in his journal at the time unmistakably resembles the familiar gray alien of our time. One is hard-pressed not to draw the conclusion that John Dee was most likely working with these same beings since he and Crowley were using such similar methods of summoning them. Crowley wrestled all his life with the nature of the Higher Beings he contacted, including Aiwass, and died in poverty in 1947.

The late William Alexander Oribello believed himself to be guided by angels from his childhood on and wrote several books for Tim Beckley that sought to teach others to do the same. Over the years, Oribello studied many sacred texts on communicating with the Angelic Kingdom. He discovered that there are certain times when they would be more readily available to come to our aid as well as offer guidance and support. Oribello always emphasized the importance of casting spells or praying while burning specific colored candles.

Oribello contributes a chapter to “Angel Spells” in which he summarizes his teachings regarding the Archangels, their influences, their association with various Zodiac signs and their relevance to specific days of the week. His chapter also features information about the type of candles to burn that will bring angels into our aura. He is able to make what could have been a strenuously complex cosmology into something charmingly simple and reassuring and even entertaining.

We are next given some female insight into all this by the Reverend Maria D’Andrea, an internationally known professional psychic from Budapest, Hungary. Maria gives simple step-by-step instructions on using some of Dee and Kelley’s ritual objects and combining them with the angel symbols she created and which are included in her chapter. Maria follows that up with another chapter that teaches the reader to pray for safety and protection, how to use certain talismans and exactly which angel to summon for a specific purpose.

Here it is important to explain the “Workbook” part of the book’s subtitle. Some of the ritual symbols in the book are intended to be photocopied onto cardstock or, preferably, virgin parchment. For example, there is a full-page reproduction of a symbol called the Sigillum Dei Aemaeth which was used by Dee in his Enochian rituals and is crucial to the magickal process. The idea is to photocopy the complex design and then use it as an altar in combination with the angelic symbols provided by Maria. This is all simpler than it might sound and does not require anything approaching the machinations of more pure forms of Enochian magick. One can also purchase the symbols already nicely printed out and thus avoid a trip to the photocopy store. Just check the ad in the back of “Angels Spells” 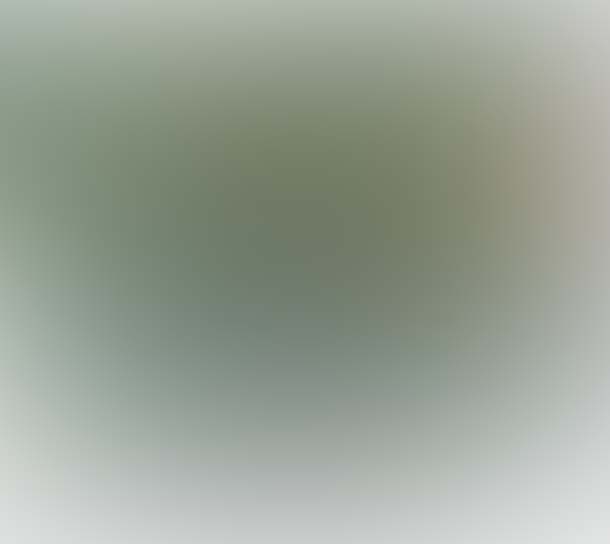 A special bonus section consisting of a reprint of Bishop Allen Greenfield’s landmark book “Secret Cipher of the UFOnauts” is also part of “Angel Spells.” Greenfield holds the title of bishop in the Gnostic Church and has a long history of active – and contentious – membership in many occult organizations, including the Ordo Templi Orientis, established by Aleister Crowley.

Greenfield’s “Secret Cipher of the UFOnauts” is a provocative magickal text for the modern age that has come to be regarded as a classic in the field and one which might be considered to have a particularly hip cachet. For a long time it was a rare and difficult book to track down but it is included in full in “Angel Spells.” 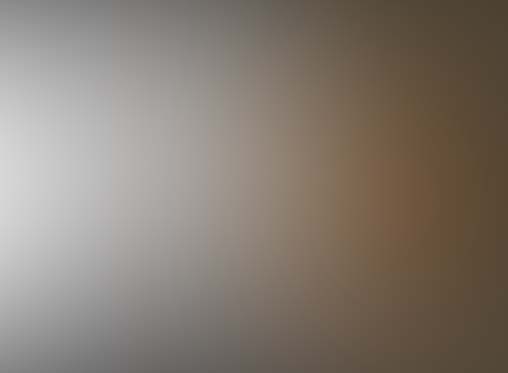 The book explains Greenfield’s theory that much of the UFO phenomenon can be “decoded” by using a method that draws on the Kabbalah, especially the numerology aspects of its Jewish mysticism, as well as other similar ancient systems. He believes the UFO occupants are an eternal race that has always reached out to certain human adepts by using hidden, obscure linguistic and mathematical symbolism, including elements of Crowley’s version of Enochian magick

Can contact with angels/aliens ever be something where we, as mere mortals, are an independent part of the conversation? Do we have the ability to bring such heavenly beings into our presence and then engage them in a dialogue in which they freely reveal what we are so eager to learn? Or does that sound a little too good to be true? Maybe you can answer that for yourself after reading “Angel Spells: The Enochian Occult Workbook of Charms, Seals, Talismans and Ciphers” and experimenting with some of the tools in the book.

However, be careful to approach all this with caution and to follow the instructions and rituals carefully. If you succeed in summoning an angel or two, you may find yourself in the company of something much more powerful than you ever imagined, an entity who is no respecter of persons and whose concerns and priorities are very different from your own. To quote Aaron Leitch, some of these angels can “fry your brain out with a single thought.” But you may also experience ecstatic visions and draw inexpressibly nearer to God. The decision as to whether to take the risk is entirely your own.

ANGEL SPELLS – THE ENOCHIAN WORKBOOK OF CHARMS, SEALS AND TALISMANS
WHY WE ARE HERE AND DIANE SHE CAME FROM VENUS (TWO BOOKS IN ONE)
Are Some Angels Aliens?
HEAVEN SENT MONEY SPELLS