UFODigest.com » Aliens and UFOs » Alien Abduction » COSMIC REVELATIONS FROM THE ASHTAR COMMAND AND THE SPACE BROTHERHOOD 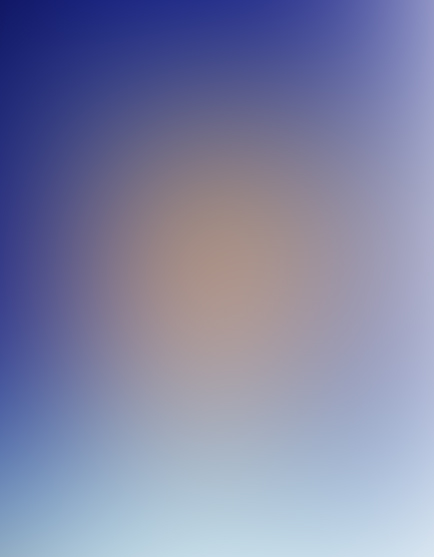 Perhaps the most important unanswered question the UFO community grapples with is this: where is the phenomenon ultimately leading us? Why have we had this seemingly impenetrable mystery thrust upon us? And by whom? Generally accepted theories run the gamut from an invasion of demonic people eaters to morally indifferent scientific space explorers seeking to examine and catalog the Earth and its inhabitants.

But a new book from Inner Light/Global Communications offers a much more positive and reassuring answer to that most basic of mysteries. In “Cosmic Revelations Till The End Of Time: Channeled Prophecies From The Galactic Guardians,” two female writers, Carol Ann Rodriguez and the late Thelma Terrell (who later changed her name to “Tuella” on the advice of her extraterrestrial contacts who said she had been incarnated here from another planet), play a large part in revealing the overall cosmic plan for mankind that offers mercy, salvation and – most importantly – survival for those who are fortunate enough to be “chosen.”  It’s an inarguably encouraging message, but should we take the source, a supposed galactic group of benevolent aliens, at face value? Or should we perhaps question the source?

The term “chosen one” is already familiar to us from the literature of alien abduction. It is a much debated and hotly contested term, especially for those abductees who consider alien abduction to be a negative experience. Such people bristle at the notion that they’ve been “chosen” for anything beyond nightmarish encounters with a hostile, controlling force. But, in the context in which Rodriguez and Tuella write, to be chosen is an incomparable blessing because it means to be delivered from the wicked fate a large portion of mankind will suffer in the coming time of trouble. 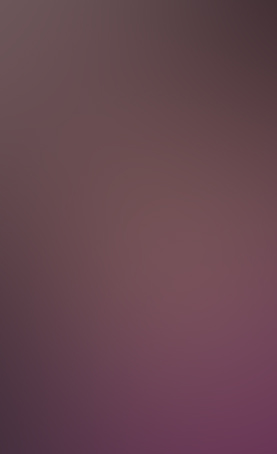 “Cosmic Revelations” actually comprises “two books in one,” the first being the channeled transmissions of a successful New York City businessman turned “UFO Prophet” who for an extended period made a series of stunning pronouncements about the future of the planet. So   impressed was one talented lady by these predictions that she spent months transcribing all the messages that had poured forth from what some would call a very fantastic cosmic source. Carol Ann Rodriguez is a gifted artist whose work is often featured in books from Timothy Beckley’s publishing concern. A section of her drawings of the various channeling entities is included here as well. She also has a master’s degree in education.

Rodriguez begins by explaining that the opening section of “Cosmic Revelations” records the channeling experiences of a Manhattan-based gentleman who wishes to remain anonymous and who doesn’t not want his cover blown even this many years later. While the gentleman was familiar with and well-read on the UFO subject, he had never before had this particular kind of encounter. One day he fell into a trance, his eyes glazed over, and he began to speak as if an alien intelligence had taken control.

A voice, very distant at first but growing increasingly louder, began to use the businessman’s vocal cords to speak. The voice announced itself by saying, “I am from the Hierarchy Council and I am opening this channel.” At that point, the businessman returned to full consciousness with no recall of what had just happened. A few days later, the same transformation repeated itself and a voice identifying itself as “Ashtar” spoke. The name Ashtar recurs frequently among different New Age channels throughout the world and he is universally seen as a friendly entity.

“To date,” Rodriguez writes, “we have received some 35 transmissions that are said to have been beamed from a giant mother ship somewhere out in space. The messages are of a deep philosophical nature and deal for the most part with problems of a global importance. Ashtar says that the Space Brothers are willing to assist with our transformation into a higher plane of consciousness brought about by the heightening of our planet’s vibrations as we are about to enter the Aquarian or New Age.”

Other entities spoke through the businessman turned intergalactic prophet as well, according to Rodriguez, with names like Monka, Aura Raines and Romilar, as well as a non-corporeal group called “The Etherians.” Rodriguez began to record the channeling sessions, in part to prove to the businessman that he was experiencing these trance episodes at all since he could never consciously remember them.

The first session transcript included in the book was recorded on July 4, 1980, and the alien speaking through the businessman politely noted the national holiday and wished the assembled group well. The voice claimed to be watching the group from a spaceship hovering 1,200 miles over the United States. America’s forefathers, he said, were true patriots of mankind who had wished to see the human spirit set free.

But, the voice warned, there are sad times coming for America and for the entire world. Still, there is also a coming New Age that will bless the entire planet with a heretofore unknown peace and prosperity. The assembled throng is reassured that they are among the chosen, after which the voice identifies himself as Ashtar and bids them a pleasant goodbye.

Ashtar began to put in an appearance at intervals of one to three weeks. His warnings were sometimes quite dire, at one time claiming that the world’s ruthless leaders had put the Earth’s people on the path to annihilation. But the possibility of turning all this negativity around is real, and those with open minds willing to look skyward for the help of the Space Brothers can still be saved. There is a plan, the timing of which cannot be told, to evacuate and relocate certain chosen ones. Ashtar also said that in the aftermath of a nuclear war, the Space Brothers can sweep clean the radiation and fallout so that the chosen can return and continue to inhabit the Earth.

Can the doom and gloom prophesied to precede the New Age be prevented? Ashtar said that people from various planets were already trying to reason with world leaders and open their eyes to the true nature of the situation they are getting themselves into. Some leaders respond well, while others are too blinded by greed or lust for power to change their course. Meanwhile, the Space Brothers have only a limited power to intervene since there are cosmic laws that require a given planet’s karma to play out naturally. Therefore they have laid plans to save at least a portion of the world’s population while unavoidably surrendering others to their fate.

According to the publisher of “Cosmic Revelations,” Timothy Green Beckley, the aforementioned Tuella was, before she returned to her cosmic origins, the primary representative on Earth for the Ashtar Command. Before she passed away, Tuella signed over the rights to her various books to Beckley, who has republished them in various editions, including foreign translations. The books have remained immensely popular all over the world.

Unlike many New Age channels, Tuella did not enter a voice-altering trance while in contact with Ashtar but simply continued to speak normally. Still, the message was much the same. Tuella plainly states in her preface that she offered the channeled messages without any attempt to debate their worth or to proselytize for the Space Brothers.

Tuella was herself a sort of New Age Christian, and among the entities who speak through her is a group called The Elohim, an ancient Hebrew word for God as a plural entity, a “them.”

“We, the Elohim of God, send forth our message on the Planet Earth in this appeal to the flesh of this generation to accept the blessings offered to man by the Elohim of Heaven. Unless humanity is willing to accept the outstretched hand of Love, there will come to this planet spasms of tremendous upheaval and loss of life. The forces of destruction that are within the Earth cannot be contained unless your world community will yield itself to a spiritual awakening. The maximum of human suffering will be experienced unless human consciousness will gear itself to reach higher than the present level of spiritual understanding.”

We again see the idea of an avoidable holocaust, of a call to change our ways in the interest of self-preservation. We are warned of “Angels of Judgment” who will do battle with an opposing army of “Dark Ones” and “Fallen Ones.” The Earth shall be spared “as if by a miracle” from the machinations of “dark minds.”

“For Love is a fulfilment of the Christ Presence within every man. Love is the seal of protection. Love is the impenetrable armor. Love is the invincible fortress that cannot be penetrated by the destroyer. Take heart that though for a little while there shall be turmoil and chaos, it is for a little season and for Divine purpose.”

Those sentiments have direct connections to the Bible, of course. For example, in Matthew 24, Christ declares, “For then will be great tribulation, such as has not been from the beginning of the world until now, no, and never will be. And if those days had not been shortened, no human being would be saved; but for the sake of the elect those days will be shortened.”

What Tuella’s Elohim call “the maximum of human suffering” is termed by Christ to be “a great tribulation, such as has not been from the beginning of the world.” When they speak of the Earth being spared “as if by a miracle,” it coincides with Christ’s speaking of the “shortening” of the evil days for “the sake of the elect.”

The idea that all of this unhappiness serves a “Divine purpose” echoes a verse from Proverbs, chapter 16, verse four, which reads: “The Lord has made everything for its purpose, even the wicked for the day of trouble.” Perhaps more orthodox Christians should take heart as well in Tuella’s version of the Space Brothers, though most mainstream believers are more likely inclined to dismiss channeling and other New Age beliefs as demonic deceptions.

Can the apocalypse prophesied by the Space Brothers be prevented? The channeled beings have consistently said that the time window for mending our ways grows ever smaller and the opportunity will soon slip away entirely. But the Space Brothers remain firm in their promise to save a remnant of “chosen ones.”

If one wishes to be counted among the worthy, it would behoove one to read “Cosmic Revelations Till The End Of Time” and similar channeled transmissions from Tuella and others. Their message can be called “timeless” in the sense that it is a restatement of a great deal of ancient religious wisdom, but it is also a “timely” message about time running out. 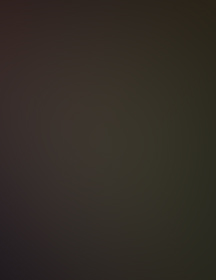 COSMIC REVELATIONS TILL THE END OF TIME

PROJECT WORLD EVACUATION: UFOS TO ASSIST IN THE GREAT EXODUS

OF HUMAN SOULS OFF THE PLANET

ASHTAR: REVEALING THE IDENTITY OF THE FORCES OF LIGHT

ON EARTH ASSIGNMENT – THE AWAKENING OF WALK-INS AND LIGHT WORKERS