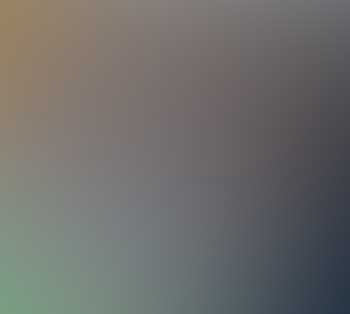 If you missed Part I of this article click here: https://www.ufodigest.com/article/ufo-fear-factor-1011

Scott Corrales contributes a chapter to the new Global Communications release called “Entering The Dark Realms Of The Ultra-Terrestrials.” He writes about underground cities where the abductor fiends may reside when they’re not aboveground tormenting their victims.

“Subterranean cities and temples,” Corrales writes, “played a major role in pre-European Latin American societies; religious rites of all kinds were held in these underground locations, and tradition holds they were used as ambries for the storage of treasure and forgotten lore.”

After recounting several stories of archeologists and explorers discovering caves and tunnels leading to these subterranean places of worship, Corrales tells the story of a city located under Moscow, called a “nightmarish” multi-leveled structure that had covertly sheltered “gypsies, malcontents, dissidents and ‘professional hermits.’” Also sighted there were squads of uniformed people lighting their way with powerful halogen lamps. Further down in the depths, explorers came upon a mass burial site from an unknown age and a strange cult that dressed in monkish robes as they circled around a stone altar. The monk-like figures ran away upon being seen by the explorers.

Aliens in monk-like robes are often present during an abduction experience, and there is nearly always a great deal of terror associated with seeing an Ultra-Terrestrial in this priestly garb. One would be hard-pressed to find anywhere in the abduction literature a positive experience with an alien so clothed.

The much-venerated paranormal author Brad Steiger weighs in with a chapter called “Extraterrestrials, Ultra-Terrestrials or Demons?” in which he tells many a harrowing story. A woman he calls “Susan,” for example, is attacked by a reptilian alien after she emerges from the bathtub. The alien is repulsively ugly, and as she struggles against him, he uses his monstrous eyes to suddenly appear handsome and virile to Susan, which causes her to stop resisting his sexual advances. She then snaps back to alertness and prays to her guardian angel for help. She believes the angel did arrive and chased the would-be rapist away.

But there is more.

Brad Steiger (with wife Sherry) asks – can some Ultra-Terrestrials be demons?

“While those ultra-dimensional beings,” Steiger writes, “that seek to possess and enjoy sexually the physical bodies of mortals are terrible and demeaning enough, even worse are those fiends who invade the psyches of men and women and command them to maim, mutilate or murder their victims. Perhaps the most monstrous of all the frightening creatures that issue forth out of the dark claim those tortured individuals who heed fiendish commands to kill. The media proclaim in each day’s newspaper headlines and news broadcasts that these disciples of murder and mayhem are very real. And so are the demons who scream at them relentlessly to do their awful bidding and kill without mercy.”

Are the disembodied voices that drive some among the mentally ill to commit murder and other atrocities another manifestation of the evil Ultra-Terrestrials? The mass shootings and massacres of the innocent carried out so frequently by disturbed individuals may always be with us, but there are even more alarming trends happening. According to a leading sociologist, there has been a rise in new religious cults that practice human sacrifice, and it is estimated that there are between 40,000 and 60,000 people killed each year in ritual homicides. In the Las Vegas area alone, Steiger reports, as many as 600 people may die each year in demon-inspired ceremonies.

Of course the dark side of humanity itself is a factor in this discussion, and Peter Robbins offers a chapter called “Controversial Deaths Of UFO Investigators, Researchers And Authors” that takes up the subject of how certain people who’ve immersed themselves in the search for truth have been murdered to keep them quiet. For example, Robbins examines the case of M.K. Jessup (a researcher and author I have written about previously for the UFO Digest).

“It’s alleged that [Jessup] was murdered,” Robbins writes, “and that the murder was made to appear as a suicide, or that he was brainwashed into taking his own life, the reason being that he was getting too close to the truth about UFOs.”

Robbins provides the relevant details of Jessup’s story as well as other cases of controversial deaths related to knowledge of the UFO mystery. Included are, among others, media personality Dorothy Kilgallen, atmospheric physicist Dr. James McDonald, broadcaster and author Frank Edwards, and the aforementioned Dr. Karla Turner, who died from breast cancer, leading Robbins to speculate as to whether the pathogens that killed her were natural or not and if she had been eliminated in retribution for her extreme anti-alien views.

“UFOs – Wicked This Way Comes” concludes with a chapter by Tim R. Swartz called “Calling Down The Ultra-Terrestrial Spirits” that has a decidedly more upbeat tone. Swartz explains that contact with the UFO occupants is often of a psychic nature, involving telepathy and other forms of non-physical communication. Even the U.S. Navy has investigated the case of a woman who could communicate with aliens while in a trance state and write out accurate answers while in that condition to difficult questions on astronomy and outer space posed to her by the naval investigators.

The reasons for calling the UFO phenomenon something wicked are numerous, and you can read about most of them in “UFOs – Wicked This Way Comes.” The subject remains one where countless controversies will persist, especially as to the moral characteristics of whoever is piloting the mysterious craft that have appeared in our skies throughout recorded history. UFOs may constitute the most crucial element in the continuing story of mankind, and, as the evidence clearly demonstrates, the scariest element as well.

In the words of the 1979 hit song “Life During Wartime,” by the Talking Heads, “This ain’t no party, this ain’t no disco, this ain’t no fooling around.” There are many who have been on the receiving end of “alien evil” who know that sad truth only too well.

Evil Empire Of The ETs And The Ultra-Terrestrials