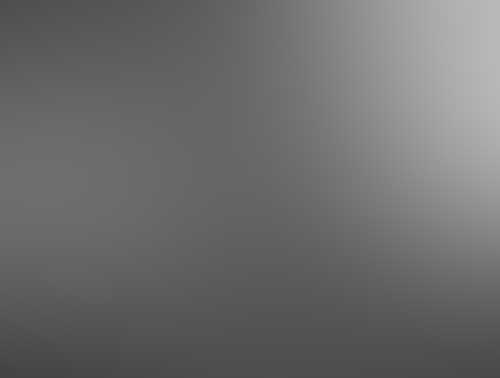 What does the word “Wicked” really mean? One must allow for the fact that the term is really relative, subject to individual interpretations and beliefs. The word conjures up images of a red, horned Devil, or a medieval witch casting spells to make a young woman miscarry or a struggling farmer’s cows go dry. The mind drifts toward thoughts of Adolph Hitler or Judas Iscariot or the Whore of Babylon from the Book of Revelation. Perhaps current thinking would not fail to mention terrorism and the Islamic extremists who murder the innocent in the name of their strangely vengeful, unloving version of God. The egregious “zealotry” of the Catholic Inquisition also comes to mind, with all its diabolical torments and misguided persecution of what were mainly middle-aged women with no supernatural powers at all.

Speaking of witches, Shakespeare’s “Macbeth” features a small group of them as minor characters, one of whom utters the famous lines, “By the pricking of my thumbs, Something wicked this way comes,” as she and her fellow servants of evil set about doing “a deed without a name.” 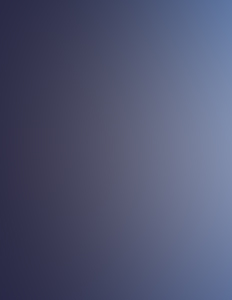 Timothy Green Beckley of Global Communications has borrowed Shakespeare’s phrase, which was also made use of by the late sci-fi and fantasy writer Ray Bradbury, to serve as the title of his new book on the evil aspects of the UFO phenomenon, “UFOs – Wicked This Way Comes: The Dark Side of the Ultra-Terrestrials.” The new book also features contributions from myself, Scott Corrales, Peter Robbins, Brad Steiger and Tim Swartz, the usual suspects involved in these group efforts Beckley organizes to cover a given paranormal subject from as many perspectives as possible.

The book opens with an introduction by Beckley called “Exposing the Fear Factor,” in which he argues that “Stories of encounters with the supposedly friendly, ‘all-too-cute’ ETs are not always the norm and represent only one side of the coin (or disc, since we are referring to flying saucers). Little Elliot may have befriended Steven Spielberg’s cozy, cuddly alien, but all too often our almond-eyed visitors have their own agenda, which frequently puts them at odds with our earthly plans and aspirations. They have been known to abduct, dice and slice and put us through a world of utter discontent.”

Beckley also explains that he prefers to use the term “Ultra-Terrestrials” to describe the UFO occupants since we remain unable to determine their real point of origin, which may not necessarily be somewhere off-planet. Thus the term “Extra” terrestrial, implying an origin not of this Earth, is possibly inaccurate and misleading.

But wherever they come from, Beckley says, there are numerous aspects of this darker side that cannot be ignored. The UFO occupants repeatedly display some of the same characteristics historically attributed to demons and exercise some of the same powers at landing sites as one would expect to encounter in a haunted house or at a séance. Beckley quotes an unnamed Navy commander with strong CIA ties as saying, “Much if not all of the phenomenon is nefarious, a monstrous evil with occasional good.” 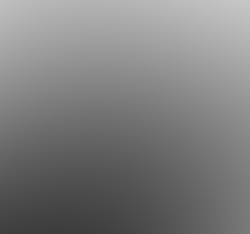 Beckley also makes reference to the late UFO abductee and researcher Dr. Karla Turner, who states that there is evidence that the intelligence behind UFOs can control what we think we see, can appear to us in any number of guises and shapes, can alter our perception of our surroundings, take over our consciousness, disable our control of our bodies, install one of their own entities and use our bodies as vehicles for their own purposes. Some of Turner’s claims read like a high-tech version of demonic possession, with only a change in terminology to bring it into the 21st century from the long ago past. More about Dr. Turner later.

The first section of the book, after Beckley’s introduction, consists of numerous cases of “high strangeness” which Beckley has investigated first-hand, starting in the 1960s, when he began his UFOlogical career. From the first episode onward, he takes us into the realm of true weirdness, opening with the saga of a young girl and her family who would regularly see bright, circular objects traveling at great speed, usually near the child’s birthday. Soon after the child reached her first birthday, her hair turned snow white and began to give off a “random glow,” a phenomenon which has always recurred on her birthday in the years since.

“The mere thought,” Beckley writes, “that UFO activity could cause a young girl’s hair to glow in the dark and change colors is staggering.”

Which is admittedly strange. Beckley says there are no other cases remotely like it. But is it necessarily evil? There are those who would say the young girl was simply a “Chosen One,” set apart from the rest of humanity by the Ultra-Terrestrials for some reason known only to them.

But there are scarier stories to come. For instance, two young women, identified as “Mickie and Kathy,” found themselves fleeing for their lives from mysterious lights that relentlessly pursued them as they drove on an isolated stretch of road in Nebraska on their way back to their home in California. At one point in their flight, a large black dog with blazing red eyes appeared out of nowhere in the backseat of their car, pushing their terror to a whole new level. The fearsome lights then coalesced into the image of a ship, after which a missing time experience ensued that left them even more frightened and confused. One can read the story in all its suspenseful details in “UFOs – Wicked This Way Comes,” and again the events are strange, but is any of it inarguably evil?

In a way, Beckley has already answered this question. If the experience is really, really scary, and the UFO witness is forced to feel all these extreme levels of fear for reasons unknown, then yes, that’s evil – or could be called “wicked.” Nothing so frightening and strange can be called “benevolent,” and a loving creature from the great beyond would not subject unsuspecting people to limitless panic like this, right?

On the other hand, this becomes an argument based on emotional reactions that perhaps doesn’t completely explain what is happening. The late abduction researcher Budd Hopkins once compared the situation to the Exxon Valdez oil spill of 1989, a major news story at the time Hopkins gave this analogy. There’s no denying the oil spill itself; it’s quite obviously there. But the oil spill doesn’t really tell you about Exxon’s intentions or its moral character. Likewise, the panic, the fear, even the humiliation of abductees are all obviously there, but does that necessarily tell us about the real intentions or the moral character of the Ultra-Terrestrials?

For the aforementioned Dr. Karla Turner, it was the after-effects of the abduction experience that made it a black and white issue with no middle ground. Abductees experienced such extreme harm emotionally, psychologically and physically that the basic evil of the abductors could not be questioned.

One case Turner writes about concerns a man she calls “Fred” who recalled under hypnosis a horrifying sexual experience involving a half human/half animal creature. His blood, sperm and genetic materials were injected into the hybrid creature, apparently a female of some unknown species, who was then levitated and laid out spread-eagled on her back. Fred realized he was himself naked and strapped down, unable to move. He next saw a nude woman with an open incision running from the top of her chest down to her groin area.

A gray alien took the material collected from Fred and put his hand inside the woman through the opening in her chest and moved it down to her reproductive area, meanwhile inserting a long tube into her vagina. Another alien then pulled the woman’s skin together, sealing it as if there was never a cut there at all. After the aliens inserted a long, thin rod into his eyeball and navel, Fred was brought out of hypnosis, still upset and affirming his statements of seeing gray aliens throughout the experience.

Granted, that is horrifying stuff, beyond any nightmare one could conjure up in the worst throes of the Freudian unconscious cesspool of human misery. But such demonic horror shows, while typical among abductees, are still only part of the story.

According to a list Turner compiled, a surprising number of abductees suffer from serious illnesses they didn’t have before their encounters. These have led to surgery, debilitation and even death from causes their doctors can’t identify. Some abductees experience a degeneration of their mental, social and spiritual well-being. Excessive behavior frequently erupts, such as drug abuse, alcoholism, overeating and promiscuity. Strange obsessions develop and cause the disruption of normal life and the destruction of personal relationships.

And the list goes on.  Some abductees report being taken to underground facilities where they see grotesque hybrid creatures, nurseries of humanoid fetuses, and vats of colored liquid filled with parts of human bodies. Abductees report seeing other humans in these facilities being drained of blood, mutilated, flayed and dismembered, then being stacked, lifeless, like cords of wood. Some abductees have been threatened that they will share this fate if they don’t cooperate with their alien captors. It has also been reported that aliens have forced human abductees to have sexual intercourse with aliens and even with other abductees while groups of aliens observe these performances. Sometimes the aliens have taken on the form of Jesus, the Pope, certain celebrities and the late spouse of the abductee in order to persuade the abductee to cooperate.

“It becomes clear,” Turner writes, “from these details that the beings who are doing such things can’t be seen as spiritually enlightened, with the best interests of the human race in mind. Something else is going on, something far more painful and frightening, in many, many abduction encounters.”

“UFOs – Wicked This Way Comes” also includes sample chapters taken from two of Turner’s books that are now rare and hard to find. The excerpt from Turner’s 1994 book “Taken” tells the story of “Polly,” who developed unhealthy sexual obsessions after a lifetime of experiences with the dark Ultra-Terrestrials. There follows an excerpt from “Masquerade of Angels,” also from 1994 and this time co-written with abductee Ted Rice, in which the authors struggle against those who would call alien abduction a “good experience.”

Part II of this article is published here:  http://article/ufo-fear-factor-1012

Evil Empire Of The ETs And The Ultra-Terrestrials