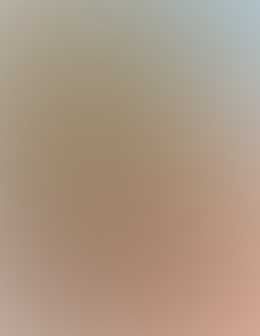 If you missed Part I of this article click here: https://www.ufodigest.com/article/old-testament-1124

In my own years of research into the Old Testament and the alien abduction phenomenon, I discovered what I feel is a connection between the two that I’ve never seen presented elsewhere.

The genetic experiments that many researchers believe are the most basic purpose of the abduction program may not have been totally ignored by the prophets of the Bible, as most would assert. What is regarded for the most part as a purely 20th-21st century manifestation of the UFO phenomenon can perhaps be said to at least be a subject the prophets warned us about, in both a positive and a negative sense, in Isaiah and Hosea, as well as by Nostradamus many centuries later.

In attempting to see the positive side of the alien hybrids, one should keep in mind the standard evolutionary view of the phenomenon, which results in the following paradigm, or model for understanding, that goes something like this: Perhaps it is simply the next step in evolution, like when we made the transition from Neanderthal Man to Cro-Magnon Man, a sudden and dramatic change in both form and consciousness.

I believe I can establish at least some sort of fleeting connection between this issue and some passages in the Bible. For example, Isaiah 45:9-11.

“Woe to him who strives with his Maker, an earthen vessel with the potter. Does the clay say to him who fashions it, ‘What are you making?’ or ‘Your work has no handles.’ Woe to him who says to a father, ‘What are you begetting?’ or to a woman, ‘With what are you in travail?’ Thus says the Lord, the Holy One of Israel, and his Maker, ‘Will you question me about my children, or command me concerning the work of my hands?’”

Here it seems that the Lord is attempting to answer his critics while at the same time confessing to his own hand in the alien/human hybrid creation process. One can almost see the average abduction researcher leading a witness through the process of hypnotic regression and, when the subject of the hybrid babies comes up, asking questions like “What are you begetting?” or “With what are you in travail?” The word “travail” is often used in the Bible to mean the childbirth labor of a pregnant woman, and “begetting” is of course the parenting of a child. The link to the concept of newborn alien hybrids should be obvious.

One should also recall that one aspect of alien hybridization often involves a “presentation” of the mutant baby to both human fathers and mothers, who may also be confused as to what they had a hand in parenting. With what were they in travail indeed!

Returning to Isaiah, the prophet has God declaring himself to be strange and “alien” as well. Isaiah 28:21 reads, “For the Lord will rise up as on Mount Perazin, he will be wroth as in the Valley of Gibeon, to do his deed – strange is his deed! And to work his work – alien is his work!”

Admittedly, “alien” is generally understood to be synonymous with “foreigner” or “stranger,” but is it so difficult to imagine these words were written with a future context in mind? Is it so hard to see that the books the prophets wrote are intended to serve as a time capsule-type message to the future world, our present world, in which the word “alien” read as “extraterrestrial” was a very much intended pun?

Isaiah 42:9 reads, “Behold, the former things have come to pass, and new things I now declare; before they spring forth I tell you of them.” It is followed shortly by Isaiah 43: 18-19, which reads, “Remember not the former things, nor consider the things of old. Behold, I am doing a new thing; now it springs forth, do you not perceive it?”

Both of these passages portray the Lord as doing something new under the sun, showing mankind an aspect of creation not yet seen yet still the bona fide creation of the Lord of Israel. Perhaps, without reading an understanding in where it does not belong (though anyone attempting this kind of argument would fall prey to that), these verses can also be seen as referring to an intended evolutionary change from homo sapiens to whatever the hybrid children are ultimately called. When you connect the preceding verses, the Lord declares himself an alien carrying out an alien act that is something new and not previously seen or understood involving the begetting and birth of children that he is loathe to see suffer criticism. Does that not fit rather neatly the patterns of abduction and the mutant children these experiences many times involve, as well as the aliens’ obvious concern for and pride in these hybrid children?

As alien abduction researcher David Jacobs wrote in “Secret Life” (Simon and Schuster, 1992), the aliens often say to their reluctant human parent subjects, “This is a good baby! What a good baby!” The God of the Bible has very little patience for those slow to see his unfolding plan, even if it involves babies that can factually be called “mutations.”

Let’s break from the Old Testament and also look at Nostradamus in this regard. In “The Untold Story: Nostradamus’ Unpublished Prophecies,” by Arthur Crockett and published by Timothy Green Beckley’s Inner Light Books, Nostradamus is said to have written the following prophecy and then left it out of the published part of his work. The prophecy is understandably without Century or Quatrain number, and it reads, in part: “A new breed descends in gratitude. Conflagration in the heavens.”

While it is probably impossible to entirely authenticate the prophecy as being genuinely written by Nostradamus, the understanding should be obvious to those who know about the genetic experiments of the alien abductors. That the hybrid children are destined to descend to Earth and dwell with mankind and that they do so in an attitude of gratitude sounds an optimistic note often lacking in modern treatments of the subject of hybridization, which usually view the process as a cruel and sinister manipulation of humans, their emotions and their genetic material.

Further support for the idea that the mutant children are intended to take their place on Earth comes from a source who is, by his own admission, hostile to the spiritual interpretation of the abduction experience, the aforementioned David Jacobs. In his book, “Secret Life,” one of his subjects undergoing hypnotic regression describes what Jacobs calls a “media presentation” in which the abductee is shown “moving pictures of beautiful and idyllic landscapes.” Jacobs’ subject then says, “I think the impression we’re meant to have is, ‘This is where we’re taking the babies’ . . . the message is that this is the way, all of these beautiful things that they keep showing us, this is the way the world will be. It’s just like Big Brother. There’s no difference.”

The point here is that Nostradamus’ prediction, which I assume was not known by Jacob’s research subject, matches what an abductee is told directly by the aliens themselves. It fits so neatly that it has an eerie quality of appropriateness. For the sake of non-censorship, I have also quoted what is unquestionably the negative interpretation of what the witness was shown. Whether or not we should fear that such a future world, with hybrids dwelling here with us, would necessarily exist under the thumb of a Big Brother-type totalitarian state is for the reader to ponder according to his own preference.

There is also a pleasing harmony and repetition between Nostradamus’ vision of the new breed descending from the heavens and the oft-quoted passage from Genesis 6:4, “The Nephilim were on the Earth in those days, and also afterward, when the sons of God came in to the daughters of men, and they bore children with them. These were the mighty men that were of old, the men of renown.”

Again, we find the theme of descent from above and of a sexual crossbreeding between two different species. What happened in man’s infancy is repeated 6,000 years later in his history, except to a much greater degree of exactitude and refinement. When one keeps in mind that the most literal translation of “Nephilim,” according to no less a source than Zechariah Sitchin, is “those who come down from above,” the image is conjured up of an ever-evolving, ever-progressing transformation of what humans are and are intended to become.

The verse about the Nephilim is often said to speak plainly of their evil and their subsequent punishment by God, but Sitchin’s less moralistically negative translation may prove more accurate both linguistically and prophetically. But in all fairness to those who prefer to take a dim and negative view, I offer another verse that I found simply by looking up “alien” in my concordance, from the Book of Hosea, an Old Testament minor prophet. Hosea 5:7 reads, “They have dealt faithlessly with the Lord; for they have borne alien children. Now the new moon shall devour them with their fields.”

As so often happens, the Bible is contradictory. What one prophet calls holy, another prophet calls profane. But as they say, context is everything in these matters, and we may yet see the truth of the two opposite views fulfilled in ways we cannot now imagine.

The Old Testament and the UFO phenomenon both contain mysteries we are still a long way from comprehending fully. And it is also true that they may both contain the keys to our collective salvation, whether we ever completely understand them or not.

FLYING SAUCERS IN THE HOLY BIBLE

UFOS, PROPHECY AND THE END OF TIME

SIGNS AND SYMBOLS OF THE SECOND COMING

Signs and Symbols of the Second Coming

NEW CONNECTIONS BETWEEN THE BIBLE AND THE UFO PHENOMENON