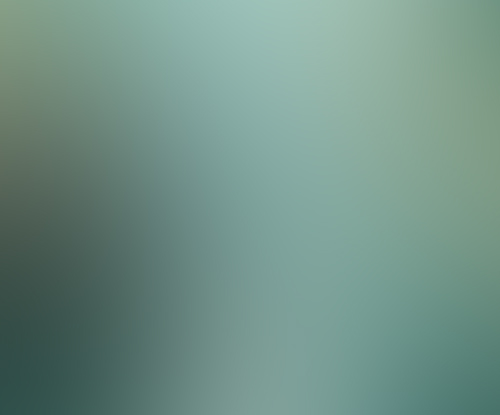 In his original PowerPoint presentation, Beccia also claimed that, “In the 70s, 80s and 90s, the W-56s were not the only aliens present in our country. Other groups were active here, among them: the Ummites, pretending to belong to the Spanish group (indeed, I do not believe that.) The CTRs, of course. The Elta-BV, a strange group interested in Computer Music. The UTI, a kind of cosmic police, at a higher level, who were taking action against their friends when they were passing limits.”

If you didn’t read Part I please click here: https://www.ufodigest.com/article/human-looking-ets-0822

The W-56s also revealed the existence of an enormous undersea base in the depths of the Adriatic, almost in contact with the continental shelf. Many smaller bases are located closer to the surface. There is a huge gap in the scientific and technological development between the Friends and human beings.

Stefano Breccia wrote a book about the communal experience called “Mass Contacts: The 50s Contact In Pascara, Italy, With Human-Looking Aliens.” He wrote the book as a favor to the aforementioned Bruno Sammaciccia, who named the CTRs. A book Harris wrote, called “Exopolitics: All the Above,” includes a 2009 interview she conducted with Breccia in which he says, “I do not intend that anybody believes what I’ve written. I’ve stated this many times, within the text. It’s up to the reader to decide whether I am a fool or not. About photos, I am the first one to state that the pictures are meaningless. I even present a fake, done by myself. I’ve included a lot of pictures simply because most of them are totally unknown, up to now. Think of the scout craft formation, seen from above! Or the many pictures shot during a landing. I’ve never seen anything like that in any UFO book, therefore I believe ‘Contattismi di Massa’ has been the first one to show such things. There are even two pictures of W-56 people.”

He says he has seen the people he writes about. The people spoke Italian and other languages; the Italian was often corrupted with Abruzzo’s vernacular, but they were able to speak Latin and Sanskrit. They made contact by radio sets, telephones or video. “Our friends are living inside small bases, or plainly within our environment. As far as I know, all of them are human-like, with only minor differences, height among them.”

When asked why there was conflict with the CTRs, Breccia answered, “You’ll find several different motivations about this war, this quarrel, or whatever you’d like to name it, within the book. The main reason is the rage between human and not-human beings. The W-56s are among our ancestors, while the CTRs are an artificial offspring, generated by the W-56s themselves.”

He says he interacted with beings who left “a very friendly” impression.

According to Breccia, there are bases near Pescara on the Adriatic Coast, which he finds difficult to describe because of technology we don’t understand. He says, however, there are no fixed entries into them; when necessary, a passageway is opened, then closed, and everything goes back to the “status quo.” The large base had a ceiling 300 meters high, and sometimes it rained inside the base. He added, “A lot of our Friends are living among us, interacting at ease with our society, having Earth identities.”

In her CERO lecture, Harris also spoke extensively about the case of Maurizio Cavallo, who wrote a book called “Beyond the Heavens” and says he photographed the aliens he met. “I was blown out of the water with his contact case,” Harris said.

According to Cavallo, “They (the aliens) don’t live here, but they’re people.” They’re from the planet Clarion and were growing vegetables in a villa between Turin and Milan, Italy. When Cavallo took Polaroid photos of the aliens, they told him to keep them hidden for ten years. There exists a tape recording of the aliens speaking, made when the tape recorder turned on by itself. The spacecraft in a film of one of Cavallo’s contacts “manifest as light ships and then become metal craft.” PhotoShop had yet to be invented when the film was made.

In a 2006 interview that Harris conducted with Cavallo, he said, “We only see what we have learned to believe is reality. When humankind will be able to look through this other window, will look at reality with new eyes, perceiving the real universe we live in, we will go insane or we will evolve. There are no alternatives.”

His story began in 1981, when Cavallo had been on a picnic with family and friends and he saw a UFO go behind some nearby mountains. He returned home, but felt compelled to go back to the location of the sighting the following night by an “internal and imperious voice.” After hearing the voice, he tried to wake his wife, but she did not respond.

“It was like my house was entrapped in something,” he told Harris. “I don’t know how to define it. It was almost like being frozen. I don’t know if that is the correct word. I went to the bathroom to have a glass of water, and the glass slipped from my hand and fell on the ground, but it fell in slow motion, very, very slowly.” The glass broke, but he heard no noise.

Cavallo calls his experience an abduction but has come to feel differently about it.

“In my book, I say that those who were my controllers – I call them abductors – those who imprisoned me, were the same ones who gave me my new freedom. They showed me that the Cosmos is not what we believe; that life is not what we live; that everything we call reality is a pure illusion. They opened for me a window on the Cosmos. They brought me to the edge of madness and they destroyed the Maurizio of the past. The old Maurizio existed no more; they had skinned him, lapidated him, but they permitted to the new Maurizio to look beyond the borders of what we call reality. They gave me an immense gift; they gave me freedom.”

The aliens showed Maurizio recorded images of his mother, who had died when he was 13, walking in a graveyard when she was a young girl.  He later encountered his mother at home, thinking at first that he was dreaming, but then realizing that he was in fact awake.

“I saw my mother not with the appearance that I remembered,” he said. “She was physically different. I knew she was my mother, but she did not look like her.”

Cavallo told Harris that he has met people from Clarion at a café in a large Italian city, which he was told not to name. His primary contact, an alien named Suell, gave him a little black card that emitted pulses that gave him instructions on what to do or not to do. They are here to help us in our evolution, to offer helpful influence. Some of the aliens were born here and have both extraterrestrial and human DNA. Others arrived here as adults and have only alien DNA. Their females are uniformly gorgeous.

He showed Harris photos of the aliens, including one in which he claims “you can see those in the Bible who were called ‘Cherubs.’ They are astral beings.”

Cavallo issues the same warning as most contactees: that we are at a crucial moment in history where we must raise human consciousness to a higher level in order for our species to survive.

“We have no more time,” he told Harris in the interview, “and so our duty is enormous.”

Harris concluded her lecture by again emphasizing the importance of recognizing that we’ve been contacted by human-type creatures in several countries, yet these contacts are ignored. In spite of the prevalence of images of gray aliens, we have been contacted by many different cultures. It is necessary for us to evolve to the point where we can meet people who look like us and communicate with them.

“I hope you enjoyed it,” she said of her presentation, “and I hope it opened up your minds a little bit. And you never know who’s sitting next to you.”

[If you enjoyed this article, visit Sean Casteel’s UFO Journalist website at www.seancasteel.com]